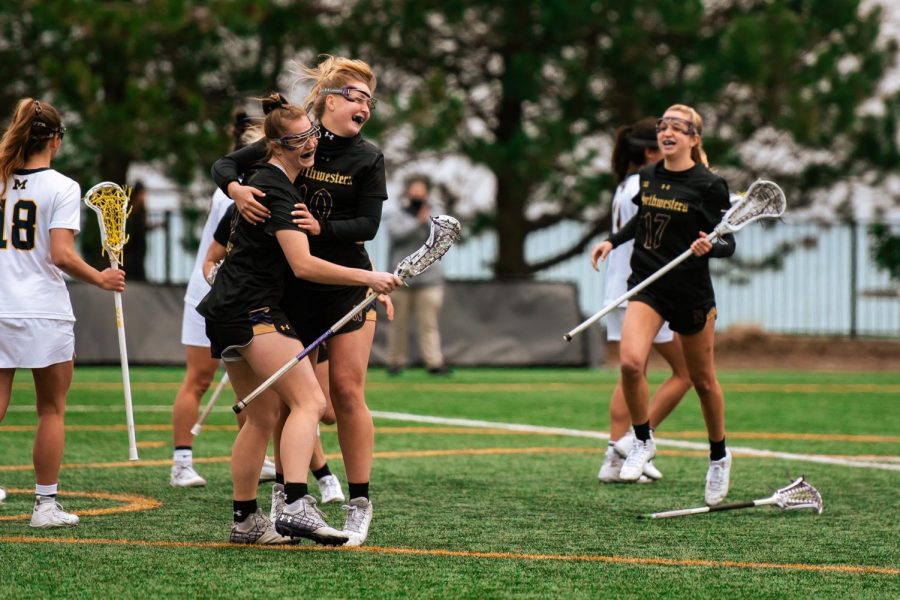 No. 2 Northwestern took down Michigan 19-10 on Sunday, finishing the regular season with an undefeated record.

Despite giving up a goal and a few draw controls, the Cats continued to dominate the pace of play and jumped out to an 8-1 lead. However, NU’s sticks then went cold for over 12 minutes.

“We definitely have a lot to work on, in terms of cleaning up some of the sloppy plays and focusing the full 60 minutes,” junior attacker Izzy Scane said. “We’re nowhere close to our potential.”

Michigan attempted to claw back into the game by scoring three straight goals to pull it to 8-4. But graduate attacker Lindsey McKone scored a goal with just five seconds left in the first half to put the Cats back up by five.

Six different NU players scored in the first half, a stark contrast from the Cats’ most recent game, on April 8 against Ohio State, where all of the early goals came from Scane. Scane still scored twice in the first half, but NU also got goals from senior attacker Lauren Gilbert, sophomore midfielder Erin Coykendall, senior midfielder Brennan Dwyer, freshman attacker Leah Holmes and McKone.

That offensive diversity helped NU withstand the quiet stretch. And in the second half, the Cats returned to their dominant, early game form.

The team responded to an early free position goal from the Wolverines with another draw control and a goal from Scane. The Michigan native’s ability to make plays both for herself and for her teammates helped the Cats continue to score even when they struggled to find offense at times.

Scane scored her 70th goal of the season against the Wolverines, a nation-leading total. She struggled early on, going 1-for-6 on her first seven shots, but still finished the game with six goals.

“It all comes down to my teammates busting their butts in practice and making plays open up for me in practice and that goes over into games,” Scane said of her scoring success. “As long as we keep working while together and having the connection we have on and off the field, I think we’ll do great things.”

The Cats pulled away in the second half, rattling off six consecutive goals in the final fifteen minutes to bring the NU lead to 19-9, before Michigan scored one final goal in the closing minutes.

Now, the Cats have a 12-day break before they begin the Big Ten Tournament as the top-seeded team. Their dominance in the regular season has NU right where it wants to be for a long postseason run.

“We are a force to be reckoned with,” coach Kelly Amonte Hiller said. “There’s a lot of good teams across the country, but I think we are definitely one of them. We have a lot of great experience. We have a lot of depth, we’re very dynamic, and we’re ready to compete.”