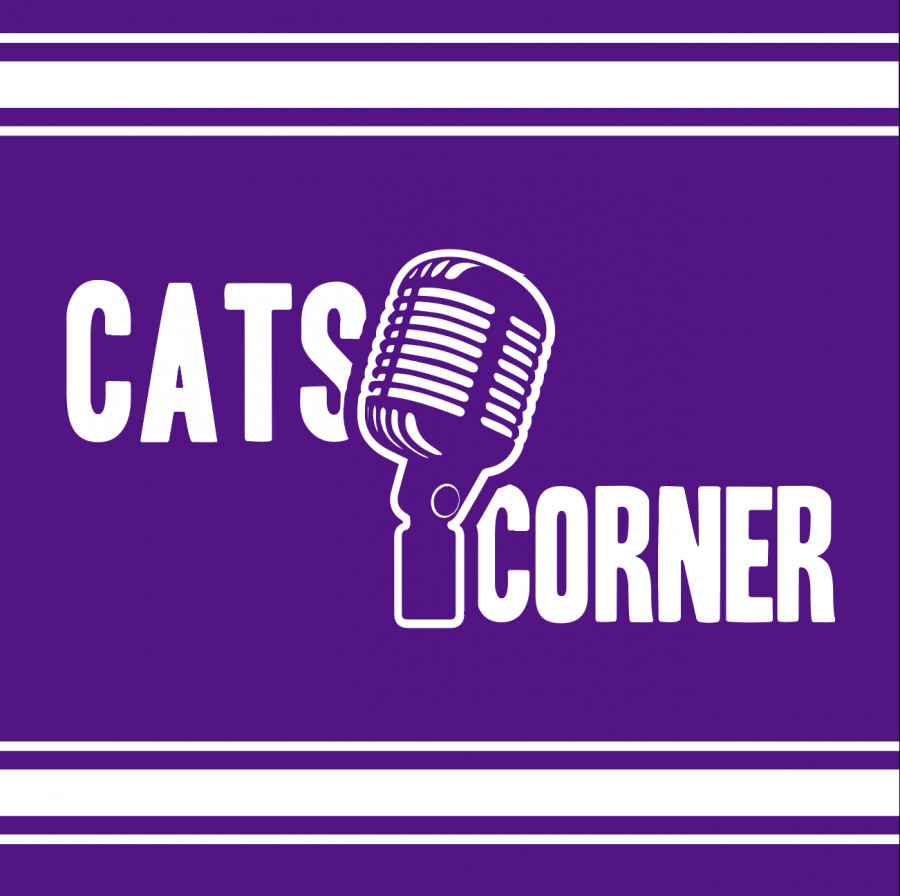 Cats Corner is back, and we’re breaking down what’s been happening in NU Sports this Spring. In this episode, we’re talking lacrosse, tennis, field hockey, soccer, and golf. In all things sports, we’ve got it covered.

LAWRENCE PRICE: And I’m Lawrence Price, and this is Cats Corner, a podcast that gives you an inside look into Northwestern sports, both on the field and in the locker room.

GABRIELA CARROLL: It’s been a while since the last podcast, but, this quarter, with your favorite sports returning to the field, we’re bringing it back to give you all a handle on everything that’s going on. We’ll be talking to the reporters who are covering the games…

LAWRENCE PRICE: Hearing from the coaches and players…

GABRIELA CARROLL: And even discussing games amongst ourselves. We’re here to keep you updated on all things sports.

LAWRENCE PRICE: In this young season, Northwestern sports have already won conference titles, qualified for the postseason and made big splashes in the national rankings.

GABRIELA CARROLL: Northwestern’s lacrosse team is ranked second in the country, and just clinched the Big Ten regular season championship with three games left to play. They’ve dominated in every match they’ve played, outscoring their opponents by a jaw-dropping 208-103 margin. They’ve won six of their ten games in double digits, and they won by nine in two of those other games.

LAWRENCE PRICE: Junior attacker Izzy Scane averages over 6 goals per game, and has set multiple program records this season for most goals in a single game, first scoring 9 and then breaking her own record with an astonishing 10 goals against Rutgers on March 19. She’s among the top attackers in the country, and is a frontrunner for the Tewaaraton Trophy, awarded to the nation’s top player.

GABRIELA CARROLL: Needless to say, she’s having a fantastic season, and the ‘Cats still haven’t lost a game. It hasn’t ever even looked like they were ever in danger of losing a game. I might be jinxing them, so please come at me if they crash and burn, but they look like the national championship contenders they were in 2019. That regular season championship’s just the tip of the iceberg.

ERIN COYKENDALL: As soon as we found out, we said “one down, but we still have two more championships to go.” That’s really our bigger goal.

GABRIELA CARROLL: That was sophomore attacker Erin Coykendall, who scored three goals and added three assists in the championship clinching win over Maryland.

LAWRENCE PRICE: Speaking of on-fire, Northwestern’s men’s and women’s tennis teams both took strides in the right direction since their last full season. Head coach Claire Pollard’s women’s team is ranked seventh country with three players having over 10 wins in singles. An overall 17-3 record, the team holds a two way tie for second in the Big Ten. And head coach Arvid Swan’s men’s team hasn’t been doing too badly either. The group earned a 12-5 record this season, and with a few regular season games left, they will prepare for the Big Ten tournament beginning April 29th.

LAWRENCE PRICE: It looks like the springtime is the best time for everyone. Both tennis teams finish their regular season April 18th.

GABRIELA CARROLL: The field hockey team has also been on a tear this season, dropping just four games, and one of those losses came in the shootout.

LAWRENCE PRICE: Sophomore midfielder Peyton Halsey emerged as one of the team’s best scorers and playmakers with a three goal opening weekend, and she’s got 11 points so far on the season.

GABRIELA CARROLL: Freshman midfielder Maddie Zimmer’s stick skills are literally ridiculous. Watching her dribble down the field is always exciting. She’s got three goals of her own, and while she doesn’t make all of her backhanded shots, it’s always fun to see her rip one, and even better when it goes in.

LAWRENCE PRICE: And of course, Bente Baekers, last season’s leading scorer, is tied for the team lead with 6 goals.

GABRIELA CARROLL: But it’s not just on offense. Junior defenseman Kayla Blas and senior defenseman Christen Conley lead a defensive unit that’s been really sharp all season, allowing just 1.3 goals per game on average, and that’s with first-year goalie Annabel Skubisz, who replaced senior keeper Florien Marcussen after she went out with an injury early in the season.

TRACEY FUCHS: It’s an experienced backfield. We have four back, with Kayla being the general as the defensive midfielder. For them to step up, and with Flo’s injury with a first-year goalkeeper in there, she has so much experience around her that it just made everything click.

GABRIELA CARROLL: That was coach Tracey Fuchs, talking about why her defense has been so successful this season. In their series this weekend against Rutgers, Northwestern was swept for the first time, a disappointing result after a strong series against Ohio State last weekend. They’ve got their toughest matchups still to come, against second-ranked Iowa, but this team’s found another gear defensively, and their offensive playmakers help them control the pace of most games they play. This is definitely a group with major postseason aspirations.

GABRIELA CARROLL: While field hockey prepares for the postseason, both soccer teams kicked off their Big Ten Tournaments off this weekend. Men’s soccer faced Indiana, who they beat once earlier in the season, but they were defeated 3-0. Women’s soccer faced Purdue in its Big Ten regional, and defeated them 1-0 on a penalty shot, but they fell to Wisconsin in the second round, ending their tournament.

LAWRENCE PRICE: Golf is still in the midst of their season as well. After snagging a top 15 finish at one of the top events in the country, The Goodwin, and placing sixth in the Big Ten Match Play back in February, the men’s golf team will face a similar crowd in less than a month before the Big Ten Championship. On the other side of the green, women’s golf will travel to Bloomington, Indiana for the Indiana Invitational before their own Big Ten tournament a week later. Sophomore Irene Kim has dominated this season, racking up two Big Ten player of the week selections this year

LAWRENCE PRICE: Well, hopefully she can keep killing the competition as they enter their final tournaments.

GABRIELA CARROLL: This might not have covered all the spring sports going on for the ‘Cats, like baseball, softball and cross country, but this is just the tip of the iceberg.

LAWRENCE PRICE: Keep tuning in throughout the quarter to hear all things Northwestern sports: trust me, we have a lot of things to talk about.

LAWRENCE PRICE: And I’m Lawrence Price. Thanks for listening to Cats Corner. This episode was reported and produced by me and Gabriela Carroll. The game coverage heard in this episode is courtesy of the Big Ten Network and WNUR Sports. The audio editor of The Daily Northwestern is Madison Smith, the digital managing editor is Haley Fuller, and the editor in chief is Sneha Dey.