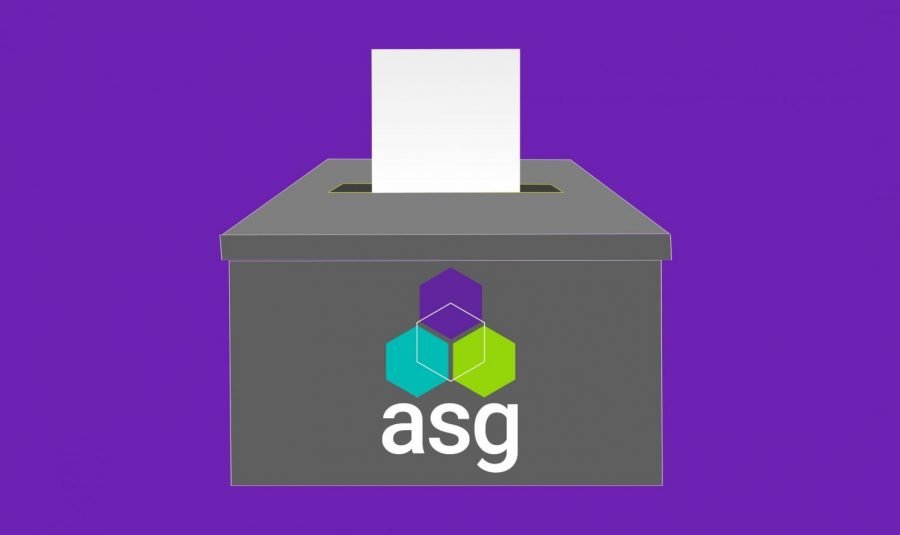 Later this week, the campaign will release their platform and participate in a town hall co-hosted by For Members Only, Northwestern’s Black Student Alliance. The voting period will start Thursday and end Saturday.

Vergara Miranda is leader of Alianza, NU’s Latinx Student Alliance, and Advancement for the Undocumented Community at NU. She also works on ASG’s finance committee and was a senator as a freshman.

“(Rodriguez) and I just share so much personally,” Vergara Miranda said. “We’re from Chicago, immigrant families, Latinos at Northwestern, first-generation college students, low-income. I like to think of us as a little power team because of our identities and our ideas that we want to bring forth.”

Their platform focuses on centering student voices and experiences, expanding student representation and committing to transparency on a number of issues. Vergara Miranda and Rodriguez said they are also passionate about addressing issues affecting marginalized communities.

Rodriguez said one of the biggest issues facing students is the transition to normalcy following the pandemic. He said the pair wants to ensure that student voices are heard as the University considers what the 2021-22 academic year will look like. The slate said Northwestern’s decisions are not always representative of students, specifically around choices for academics and academic flexibility.

Vergara Miranda and Rodriguez have discussed the possibilities of expanding Credit/No Credit and changing grading and attendance policies, they said. The two also hope to create a committee of students to work with the Office of Community Standards on COVID-19 safety compliance, since the current system relies on using campus policies and having students report violations. Rodriguez said many students do not want to engage with the police or report others.

Their platform also seeks to prioritize community safety, Vergara Miranda said. This may look like increasing student representation on the Community Safety Advisory Board and working with administration.

While Vergara Miranda is on this advisory board, she said not everyone has seats on these types of committees. She and Rodriguez said they want to make dialogues between students and administrators more transparent.

In addition to increases in transparency and representation, Vergara Miranda and Rodriguez said they plan to restructure ASG’s organization, an initiative started with the Ad Hoc Committee to Reimagine ASG.

While restructuring is an ambitious goal, Vergara Miranda said, she and Rodriguez have applicable experience from restructuring Alianza’s executive board. She said her role as a newcomer complements Rodriguez’s ASG experience.

“I may not know the entire functions of ASG, but I think that’s a good thing,” she said. “If we want to restructure, it’s best to look at it from a completely different point of view.”

The candidates said they want to orient ASG around its issue-specific committees and use the Senate to amplify their work.

ASG treasurer Carl Morison said Vergara Miranda and Rodriguez are trying to center marginalized students within the organization. This focus on committees will also help with the equity issues that ASG has faced. According to Rodriguez, committees are diverse in terms of students’ majors and backgrounds.

“Committees seem to be more of a representation of Northwestern’s campus than perhaps Senate may be,” he said. “We should amplify the work that committees are doing.”

By the end of their term, Vergara Miranda said she hopes ASG structure and morale will look different. In addition to reforming structure, they hope to make ASG more transparent in their daily operations and ways students can get involved.

Vergara Miranda and Rodriguez said once they take office, they will reach out to student organizations about help they currently need. Policing, COVID-19 vaccine distribution, academic flexibility and mental health are some of the problems they are hoping to immediately address.

“Students across campus right now are in desperate need for a change in whatever their problem is,” Rodriguez said. “We owe it to those students who are seeking remedy to try and push and lobby and speak with them and for them. We owe it to them to make an impact.”