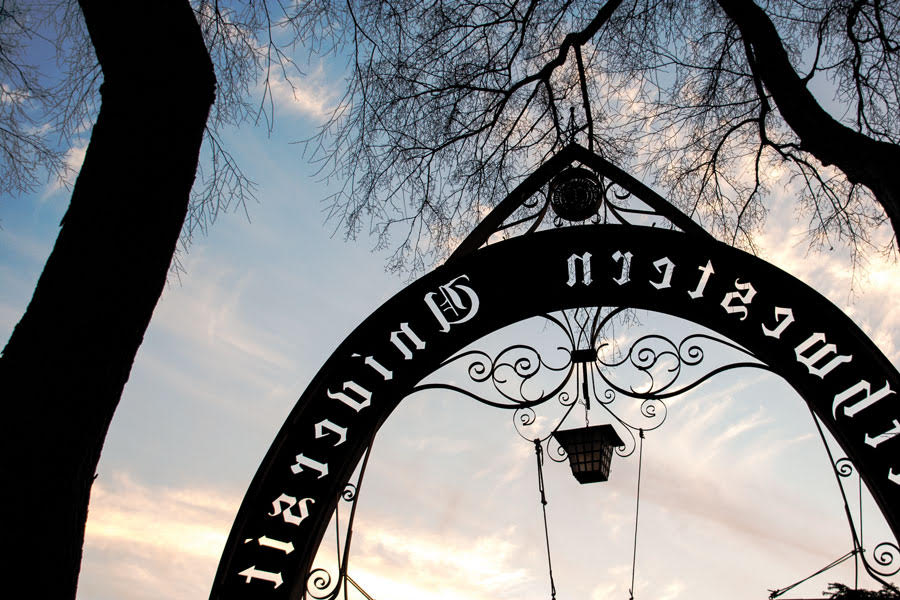 The Weber Arch. The Board of Trustees announced a 36-member search committee in a Monday email to the community.

The announcement comes over a month after Schapiro announced the conclusion of his tenure in August 2022. According to a Monday message to the community signed by Board of Trustees Chairman J. Landis Martin, the committee comprises 18 trustees, seven faculty, two students, two staff members and two alumni leaders. It also includes two ex-officio members and three advisors.

Schapiro was not named a member of the committee, meaning he will not be directly involved in selecting his successor.

[Read The Daily’s Q&A with Schapiro about concluding his tenure at Northwestern.]

The members of the committee were nominated by the Northwestern community and are tasked with advising the Board of Trustees on candidate elections.

“We seek the next visionary president to lead Northwestern’s continued contributions and growing eminence in an evolving global landscape,” Martin wrote.

In the March 4 email, Schapiro said the University has the opportunity to expand senior leadership in the remainder of his tenure to prepare for “the next chapter in Northwestern’s history.”

The Board appreciates Schapiro’s contributions to the University, and looks forward to his leadership in the transition period, Martin wrote.

Along with the announcement, the University also launched a website providing forms for presidential nominations and feedback as well as a page dedicated to updates in the search process.

The committee will also announce opportunities for input and forums in the weeks to come, Martin wrote.

“Your thoughts about Northwestern’s priorities and the qualities we should seek in our next president will inform the fundamental components of the formal position description and the committee’s lens for this search,” he wrote.