A year into the pandemic, students reflect on how life over Zoom has impacted mental health, social lives 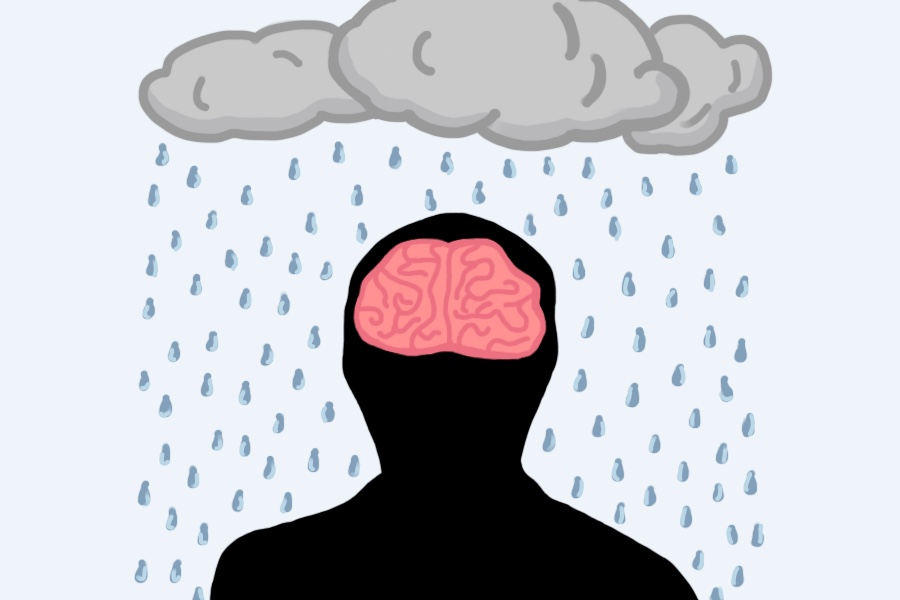 The consortium co-led by Northwestern researchers surveyed over 21,000 individuals between April 1 and May 3.

After Northwestern sent students home last spring and prohibited them from on-campus living in the fall, Communication sophomore Catherine Zhong spent a lot of time unsure of their living situation.

Between housing insecurity, fears of contracting COVID-19 and remote classes, Zhong said the pandemic took a toll on their mental health.

“I just felt like I wasn’t learning anything and my education was being robbed from me,” Zhong said.

Scattered around the world, Northwestern students experienced many losses in the past year. Now, over a year into the pandemic and with many community members getting vaccinated, some say they feel normalcy is nearing. However, for some, the mental challenges and consequences of a year spent online persist.

At the start of the pandemic, Active Minds president Matthew Cho (Weinberg ‘21) said he struggled to learn in large Zoom lectures, especially because he has a learning disability.

Sitting in front of his computer for long periods of time, Cho said he found himself unable to pay attention and focus throughout class. Still, he said he appreciated professors’ efforts to adapt to the remote environment and create more interactive classroom experiences.

“I adjusted and the professors adjusted,” Cho said.

Stripped of culminating senior year experiences, Cho’s academic career ended in the form of an email from the Office of the Registrar, though he said he was invited to a virtual commencement set for June. He said he became used to disappointment over the past year as a result of increased time spent on Zoom.

Cho said he explored other hobbies, including journaling, to cope with the hardships of the past year. NU Active Minds, a student-run organization meant to give students space to talk about mental health, became especially helpful in dealing with stress, he said.

Despite the initial awkwardness of speaking to others online, Cho said he’s now more comfortable speaking about personal topics over Zoom than he was in the past.

However, Zoom fatigue is still an issue for students who spend prolonged periods of time online. Weinberg freshman Sam Keimweiss said time saved using the video platform rather than attending in-person classes allowed him to take on more responsibilities and get involved in more activities. But he said being on Zoom for hours every day made it difficult to stay focused in class.

“I just start to get really exhausted,” Keimweiss said. “I’m more comfortable now in terms of operating online, but at the same time, it’s kind of desensitizing and I’m sure my social skills have fallen.”

Keimweiss said he feels apathetic about Zoom conversations because of lost milestone experiences, like high school graduation and spending his senior year with his friends.

Spending so much time online has made him wonder what his in-person interactions will be like once in-person classes resume, Keimweiss said.

At the start of the pandemic, Zhong said they made efforts to reach out to friends, but now feel less motivated to do the same.

Despite taking time over the past year to improve their ability to sit in “uncertainty,” Zhong said this change reflects another consequence of the pandemic.

— Spread across the globe, NU students struggle with their mental health during virtual learning