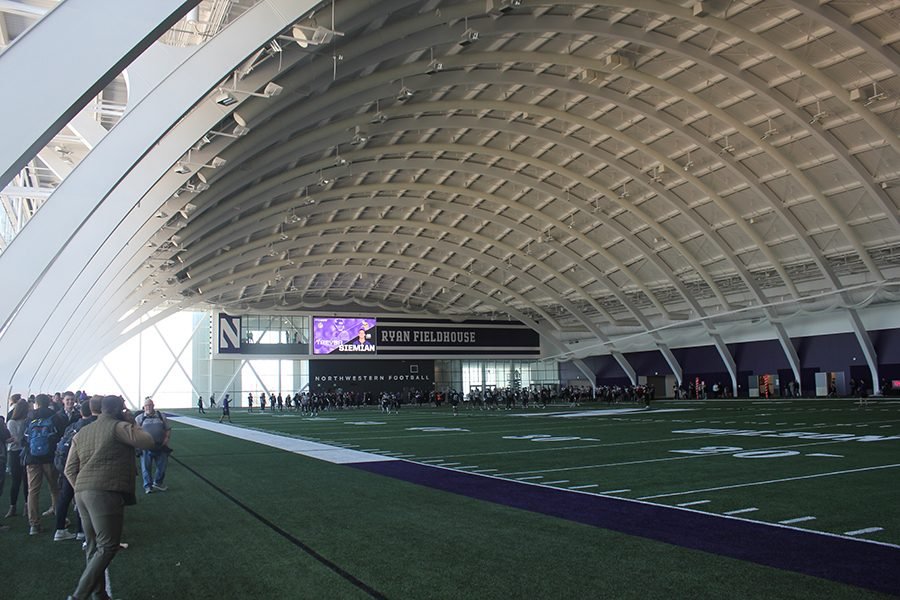 Ryan Fieldhouse Deputy Athletic Director Travis Goff is departing Northwestern to become the next athletic director at the University of Kansas.

Northwestern Deputy Athletic Director Travis Goff is departing Evanston to become the next athletic director at the University of Kansas.

Goff, a Kansas native and graduate, will succeed Jeff Long, who stepped down Mar. 10 following the departure of football coach Les Miles. After being placed on administrative leave, Miles left because of allegations of sexual harassment while he was at Louisiana State, according to The New York Times.

In addition to his role as deputy athletic director, Goff was an assistant vice president for development and the head of the athletic department’s fundraising initiatives. He helped raise over $400 million for the construction of facilities such as Welsh-Ryan Arena, Ryan Fieldhouse, the Walter Athletics Center and Trienens Performance Center.

Goff also served as the administrator for NU’s baseball, football and volleyball programs.

Prior to working with the Wildcats, Goff served as the associate athletic director for external affairs at Tulane.