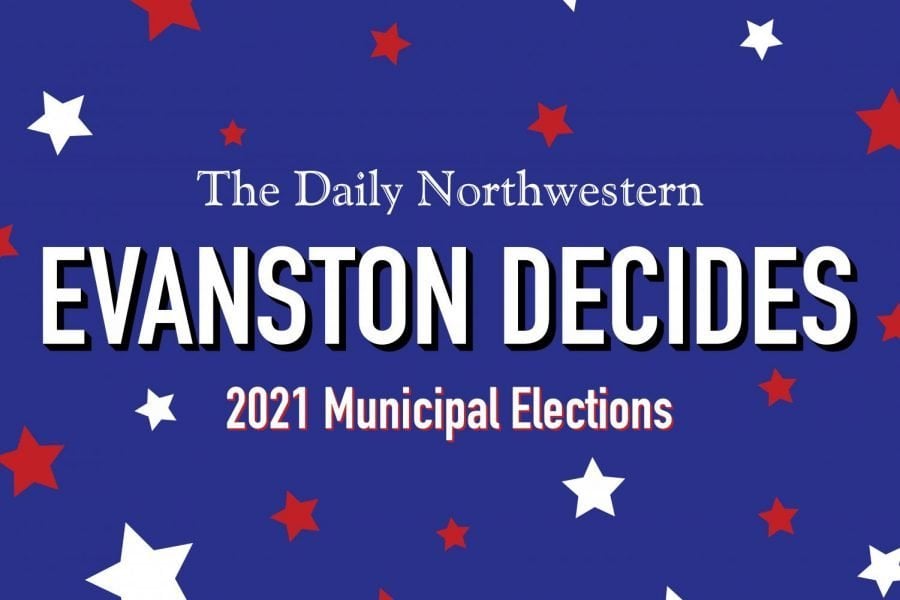 Bobby Burns and Carolyn Murray are facing off in Tuesday’s election for the 5th Ward aldermanic seat. They each sat down with The Daily to discuss their policy stances.

Candidates Carolyn Murray and Bobby Burns will face off for the 5th Ward aldermanic seat in Tuesday’s general election. Murray’s endorsements include the Community Alliance for Better Government and former 5th Ward candidate Tina Foster, and Burns’ endorsements include Ald. Robin Rue Simmons (5th), former Ald. Delores Holmes (5th) and Shorefront Legacy Center founder Dino Robinson. In separate interviews with each candidate, The Daily Northwestern gathered their stances on key policy issues throughout the city, from affordable housing to policing to environmental justice. The candidates’ answers have been edited for brevity and clarity.
On affordable housing
Burns: “We should, to our best ability, try to keep people from being displaced from where they currently live. But most of the research I’ve seen says we really need to figure out how to add new units.”

Burns said he supports building accessory dwelling units, as well as creating an affordable housing plan to direct the allocation of affordable housing funds. He said the city should partner with quasi-governmental organizations that can use tax credits to help finance larger affordable rental unit development projects.

Murray: “If we have a family with four or possibly more children, (I don’t want) for them to be boxed up and stacked up in smaller dwellings just because it meets a quota.”

Murray said she prefers residential housing solutions to commercial-scale buildings with many units. She supports the creation of accessory dwelling units, but said she thinks the city should expand homeownership opportunities for low-income families. To review existing housing policies, she said she would seek input from landlords and organizations like Connections for the Homeless.
On public safety
Burns: “What services and programs and enrichment opportunities can we wrap around families and individuals to better support their growth into adulthood?”

Burns said he will prioritize violence prevention through developing education, mentorship, healthcare and employment opportunities to support young adults. He said to address situations involving gun violence, he would support a three-pronged approach that includes using conflict mediators, permanently relocating one or both people involved in an ongoing conflict to different residences and, finally, involving police (a method he said is “not his lane”).

Murray: “We need to build trust… we need the community to feel comfortable speaking out on the issues that they see every day.”

Murray said as an alderman she would prioritize building relationships between police, residents and community institutions, like churches, through the creation of an additional recurring ward meeting. Murray, who has advocated for policies against gun violence for about a decade, also said the city should allocate more funding toward combating gun violence in the 5th Ward.
On Evanston Police Department funding
Burns: “Every time we spend money in the City of Evanston, we need to understand that we’re spending hard-earned tax dollars from our taxpayers, and we need to find what works.”

Burns said he supports reallocating EPD funding to the Evanston Health and Human Services Department, if necessary. He said social workers, therapists and others are more equipped than police to de-escalate situations involving mental health and conduct well-being checks.

Murray: “The police have already been defunded, and (the city has) taken away very key social services that the police department used to offer.”

Murray said she supports looking at ways to ensure police overtime does not drain the budget. She said she supports funding alternative emergency response programs that involve behavioral health specialists in situations related to mental health.
On reparations
Burns: “I would like to see more of a participatory budgeting process where we can pull in ideas and different concepts from the broader community.”

Burns said the reparations subcommittee should include both aldermen and appointed members of the community who are stakeholders in reparations, but should also source ideas from residents beyond the subcommittee. He said as alderman, he would work to increase education and transparency about reparations.

Murray: “I believe the rollout is not exactly what it was designed to be.”

Murray said she thinks Black-owned banks and businesses should also be prioritized in the reparations program rollout. She said she sees the current restorative housing reparations program as limited in scale and does not believe it should be called reparations. She said she doesn’t think all residents were adequately heard throughout the program’s development process.
On supporting small businesses
Burns: “I have a track record of supporting and helping businesses in the 5th Ward, and I will continue to keep in standing contact with them.”

Burns led a storefront modernization program and has helped businesses navigate permitting, grant and loan processes through the Evanston Collective, a Black social and economic empowerment group he founded. He said he would connect business owners with city resources according to their needs.

Murray: “The businesses that I speak with strongly feel that they are not as supported as some of our downtown businesses, as well as our Central Street businesses… no one should feel that they don’t get the same support and resources as another district.”

Murray said she would meet regularly with small business owners to discuss their needs and point them toward resources. She said she will also work to ensure city staff review and distribute information about federal relief money to support small businesses through the pandemic.
On the environment
Murray: “I’m all on board with making sure that we are at our top notch shape, but also making sure that Evanston residents realize how important it is to be part of a recycling, greener community.”

Murray said she would connect with the community through religious institutions, schools and other organizations to educate on green living and work on sustainability solutions. She said she would consider including funding for lead pipe replacement within a future reparations program or other similar city initiative.

Burns: “Even if you don’t consider yourself an environmentalist, there’s nothing more important than the water you drink or bathe with, the air you breathe or the environment you’re in every day.”

He said he supports bringing in the U.S. Environmental Protection Agency to continue testing for dangerous air particulates at pollution sites. Depending on the results of the tests, Burns said the city should develop a harm reduction strategy to protect residents living near the sites. If companies are unable to reduce or unable to eliminate harm, Burns said the companies should be relocated. He also said the city should prioritize the 5th Ward for lead pipe replacement.