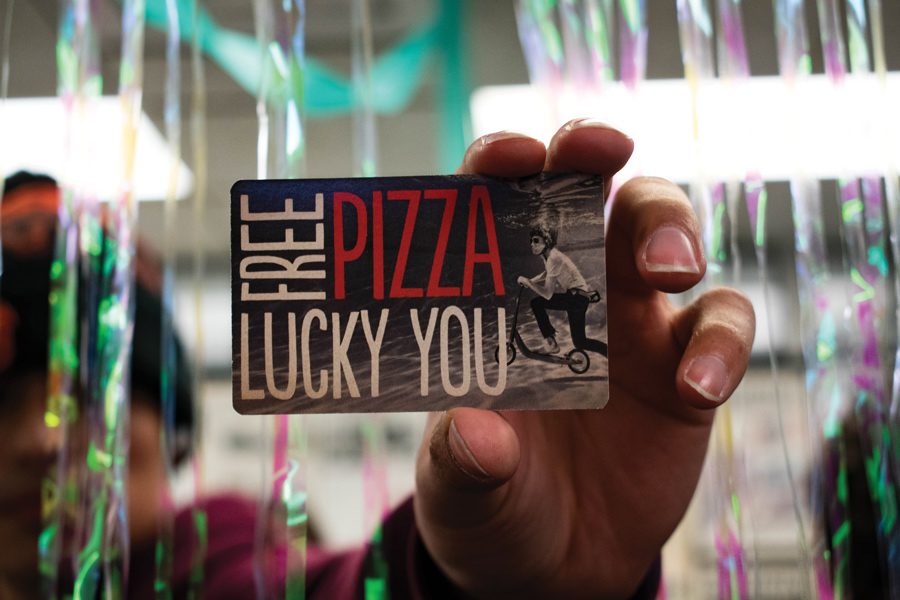 A coupon for a free Blaze Pizza. The Wildcat GeoGame is ending after this quarter because the game directors no longer have the funding to purchase the prize coupons.

After a yearlong hiatus, the Wildcat GeoGame — an online geography trivia game hosted on The Daily Northwestern’s website that has amassed over 1.5 million page interactions since its inception — is back for its last-ever quarter.

The game was suspended in March of 2020 because Medill Prof. Candy Lee and the other game directors felt not enough students were on campus to claim the prize during the pandemic. This spring, it will operate similarly to past years, with questions posted seven days per week from March 30 to May 21. Participants need to answer 40 questions correctly to win one free pizza from Blaze and 50 to win a second.

Lee said the game will end because it no longer has the funding to distribute the highly anticipated pizza coupons, and she added that those have been integral to the game’s success.

“Having the incentive is very valuable,” Lee said. “People like geography, they adore the factoids, and they’ll tell you that they love learning, but they also like the pizza.”

Lee launched Wildcat GeoGame in 2016 with a grant from Northwestern Information Technology, and funding from additional departments like the Office of the Provost have helped support it since then, she said. While the game was only open to students at first, high staff demand prompted the game directors to allow anyone with a University NetID to play.

The University Library’s Geographic Information Systems department writes the daily questions, which vary in difficulty, Lee said. All prompts require participants to select a country on an unlabeled world map.

“It’s exciting to see learning happening,” Lee added. “We come from a very cross-border world, and we should know geography, and that was the point of the game originally.”

In fact, Lee said, data shows that game participants come away with increased geographical knowledge. Early in the game’s run, the library’s Data Services program conducted research with people playing the game and found they were retaining information from the daily puzzles, she said.

Jane Clarke, a Weinberg freshman in Lee’s Multimedia Storytelling class, said playing the game helped her and her classmates bond during remote learning.

“It’s a fun opportunity to get involved and meet people,” Clarke said. “I’m definitely sad because I only get to play it for one quarter.”

Medill sophomore Ellisya Lindsay said she and her friends first played the game last winter, enticed by the opportunity to win free pizza. Any opportunity to eat off-campus is welcomed, Lindsay added.

Beyond the benefit of pizza, Lindsay said the game itself quickly became popular among her friends. Lindsay is playing again this quarter, but she said she has not heard as many students discussing the daily questions — like a topical, first-week one about the Suez Canal — because most of her interactions are on Zoom.

“It’s a pretty simple concept,” Lindsay said, “but it was something to do everyday, a nice thing to add to your routine.”

— From Belize to Belgium: The past, present and uncertain future of the Wildcat GeoGame