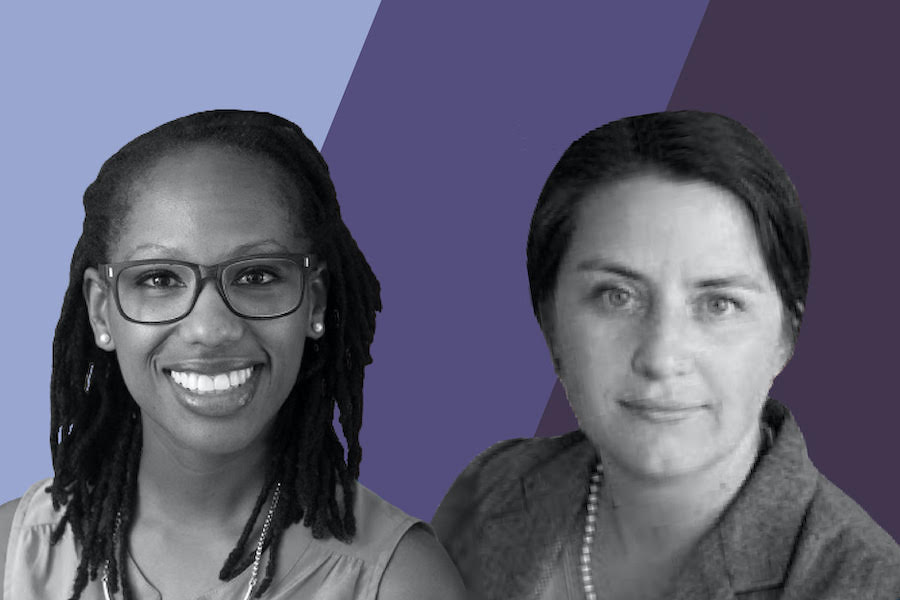 The event was a part of the center’s Anti-Racism in Thought and Action Speaker and Discussion Series.

The event, hosted by the Center for the Study of Diversity and Democracy, was a part of the center’s Anti-Racism in Thought and Action Speaker and Discussion Series. Political science Prof. Alvin Tillery curated the talk with Steven Adams and Stefanie Hicks, members of the Change Makers review committee — an initiative within Northwestern’s Office of Institutional Diversity and Inclusion.

Reflecting on her upbringing, education and civil disobedience in the context of gender and race, Brown said Black feminism is not static. When she teaches her students, she said she pushes back against the theory that feminist movements occurred in waves throughout American history.

Women of color and queer people have been active feminists “the whole time,” she added.

“What Black feminisms always do is they push social boundaries,” Brown said. “(When) you center the folks at the margins, you have a much fuller and holistic picture of what’s happening.”

“Black feminism always critiques the power structure,” Brown said. “We ask what enables privilege and/or marginalization. We don’t just look to those that are at power, but you have to check for your own. And then examine all the intersections that cause marginalization and privilege.”

Following Brown’s presentation on Black feminism, Holman said White feminists need to rethink the meaning of power. Progress in education and employment for White women, she said, has led to a notion that there is meaningful advancement for gender equality.

However, she said, this is “a lie.” The conceptualization of economic power as the only form of power is what she said stands in the way of reforming systems.

Holman added that White women had to reenter the workforce after leaving it, while Black, Latinx and Asian women may not have been able to stop working. Because of this, Brown said, White women adopted the assumption that if one group gains power, another loses it.

“That is an incredibly White supremacist and sexist and misogynistic idea of power,” she said. “We buy into the idea that in order for us to access power, somebody else has to be excluded from power.”

Instead of thinking of power as limited, Holman asked attendees to envision power as a crowded table in which a diverse group of people can share feminist knowledge for mutual progress.

Adams closed out the discussion with action items, encouraging attendees to read theories on communities outside their identities and reflect on the privileges they may hold.

“Ideally, we want to get to a place where folks don’t have to create entire theories and philosophies in order to be heard when they say that they’re hurting,” Adams said.