Women’s Basketball: Northwestern’s lack of energy was the nail to the coffin in their disappointing 52-85 loss to Maryland 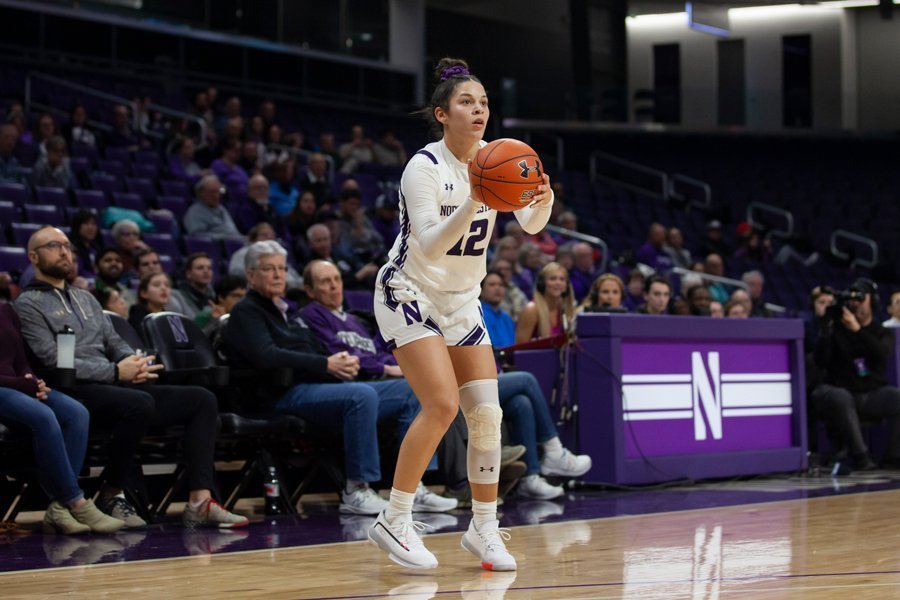 After a close loss to Maryland on Feb. 28, the Wildcats looked to avenge their penultimate game from the regular season in Friday’s Big Ten semifinal matchup.

But Northwestern couldn’t get it done. In a disappointing 52-85 loss to the Terps at Bankers Life Fieldhouse, closing the curtain on what had been an impressive run in the Big Ten Tournament, which saw the Cats beat Illinois and Michigan last week.

NU looked frazzled from the outset, making clumsy mistakes on the offensive end of the court that resulted in five first quarter turnovers. Maryland capitalized, scoring six points off those turnovers.

Only ten minutes into the game, it was clear the Wildcats were not the same team that kept Michigan to only 49 points Thursday afternoon. They weren’t playing with their normal intensity on defense and Maryland sophomore guard Ashley Owusu was allowed to drive down the lane easily.

Although the Cats were down a mere 12 points with five minutes left in the half, Maryland showed no signs of stopping their shooting run extending their lead an additional four points in a matter of forty seconds.

“(Maryland)’s second quarter run just got us,” coach Joe McKeown said. “We couldn’t score, we turned the ball over, and had run outs.”

Mostly, NU just lacked energy on the floor. They struggled to crack into the Terps’s defensive zone. In the first half, the Cats violated the shot clock twice emphasizing their offensive woes. The team put up only 24 points on the board in that half — a season low in the high stakes game.

At halftime, NU trailed Maryland by a whopping 25 points with a 32.4 shooting percentage. Junior guard Veronica Burton attempted to keep the Cats’ offense alive with nine points and five assists in the half.

“We let (Maryland) run with it and get momentum,” Burton said. “We take pride in our defense and I don’t think we did a great job of that today.”

Besides Burton, NU needed senior guard Lindsey Pulliam to start firing shots for the next twenty minutes to comeback.

But the Cats started the third quarter with the same low energy as the first half while the Terrapins continued hitting nothing but net on their shots. Alongside Owusu, sophomore guard Diamond Miller and sophomore forward Mimi Collins finished in the double digits.

NU brought some players off the bench hoping to inspire the offense, but it stood no match to Maryland’s defense. The Terps outscored the Cats 21-14 in the quarter expanding their lead effortlessly.

Earlier this season, NU held Maryland to a shocking season low of 62 points, but Friday, the Terps had seventy points up on the scoreboard with ten minutes left of gameplay. Pulliam struggled with her shot throughout the second half, going 0-for-6 in field goals.

Burton and Pulliam went to the bench with four minutes remaining, giving some playing time to players on the bench including freshman forwards Paige Mott and Anna Morris. Burton ended the game with 14 points — the leading scorer for NU.

“Even though today was a kick in the teeth, the first day of practice you talk about playing in the NCAA tournament and we’re going to realize that dream,” McKeown said.

— Women’s Basketball: Lindsey Pulliam is leaving her mark as one of Northwestern’s greatest basketball players