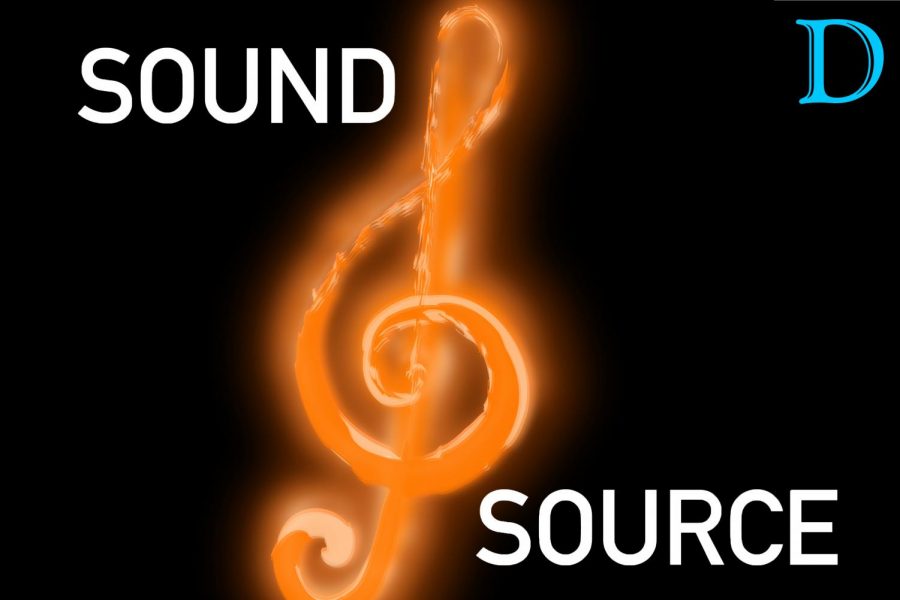 New to Northwestern’s music scene is Alison Brie Larson— A group of musically talented friends who formed their band right before COVID. Together they’re overcoming the challenges of the pandemic by enjoying making music.

BRENDAN KAPLAN: Gwen and I just love bands that combine two different names. We had both been to a festival in Illinois, a DIY Midwest emo house show that had a bunch of bands performing. One of them is named Elton John Cena and their music is really good and we thought Alison Brie Larson would be really funny. I think there’s another band called Michael Cera Palin which is just so funny. It’s so funny. That’s pretty much all there is behind that name. We just thought it would work, I guess.

BRENDAN KAPLAN: Alison Brie Larson started near when COVID started, and because of that it’s more of like a loose group of musicians, and we’re calling ourselves a band because we want to perform together, but we haven’t really had that opportunity yet.

REBECCA SHAID: Most of the group met last year when working at Northwestern’s radio station, WNUR. Now, they’re using their group chat as a hub to put together music while physically apart from each other.

BRENDAN KAPLAN: Occasionally one of us will send an instrument demo or a song demo and then usually Gwen will write a song using either the demos we’ve sent or ideas they’ve come up with, and once the song is there we’ll all just practice along to what’s been created. So, not super collaborative in the song writing process yet but also that’s just the nature of COVID.

GWEN GIEDEMAN: Of course COVID has made it difficult to interact in person or practice all together because we don’t all live together and we don’t all live nearby either. Some of us aren’t back in Evanston, so it’s been a lot of relying on sending things over Facebook Messenger and calling every once in a while.

REBECCA SHAID: That was Gwen Giedeman, the band’s singer and songwriter. They said that while they have their ideas, the band hasn’t quite limited themselves to set musical roles just yet.

BRENDAN KAPLAN: I would probably consider myself the bassist, but we all have a lot of instrument versatility so there’s a variety of different roles.

REBECCA SHAID: For example, Tommy is on the drums, Sascha will likely be on guitar and Caty is used to the keyboard. Even though their musical process is unconventional, it works for Alison Brie Larson. Two months ago, they released their first song, “Shrinky Dinks.” The song is mellow and soft, with a bedroom-pop beat reminiscent of other indie staples.

GWEN GIEDEMAN: I started writing it when I lived on campus. I have a voice memo of me in the basement room of CRC recording it, which is kind of crazy because it’s come sort of full circle now being back in Evanston.

REBECCA SHAID: And the lyrics are relatable to the experiences of many students right now, while we spend hours every day on camera. The song captures the way that being perceived all the time can be exhausting.

GWEN GIEDEMAN: It’s very easy now that we’re looking at our faces all the time on Zoom to get really in our heads about physical appearance, and sometimes it’s so nice to just not think about your physical appearance. But this song is basically just me talking about insecurities.

REBECCA SHAID: Alison Brie Larson is working on creating a blunt but surreal vibe in their music in order to capture the appreciation of fellow college students navigating unpredictable lives. Their name, for example, blends Allison Brie and Brie Larson, but there’s no hidden messages there about Hollywood, just a pun.

BRENDAN KAPLAN: It’s so funny. That’s pretty much all there is behind that name.

GWEN GIEDEMAN: Like names of celebrities that are a chain so there was Elton John Cena, Michael Cera Palin, just names like that I thought were really clever and when I thought of Alison Brie Larson I was like ‘it’s too good not to use,’ especially with a band that’s like mostly not men I’m like we should be named after two very great women.

REBECCA SHAID: While they continue to push the boundaries of virtual collaboration, Gwen, Brendan, Sascha, Caty, Tommy and Wes are excited to see how their production and performance habits will change once in-person shows become a possibility again.

BRENDAN KAPLAN: I would love to perform a party.

GWEN GIEDEMAN: Just getting a chance to play shows in the future. I’ve learned to just be patient, and I know when we have the time to make music, we’ll make music. If shows become a thing again in the near future, hopefully we’ll get to do that.

BRENDAN KAPLAN: It’s definitely been a lot of home do-it-yourself sort of idea-generating, and I wouldn’t say we’re too persistent about getting a song or an idea out there— it’s just sort of more when you’re feeling like it, present the band with something that you think might be interesting. I won’t say it’s a seamless process either but it’s what we found that works while this pandemic thing blows over.

REBECCA SHAID: That’s all for this episode of Sound Source. I’m Rebecca Shaid. Thanks for listening. This episode was reported and produced by me, Rebecca Shaid. The audio editor of The Daily Northwestern is Alex Chun, the digital managing editors are Molly Lubbers and Olivia Yarvis, and the editor in chief is Sneha Dey.