Women’s Basketball: Northwestern advances to the next round of the Big Ten Tournament with third Illinois defeat this year 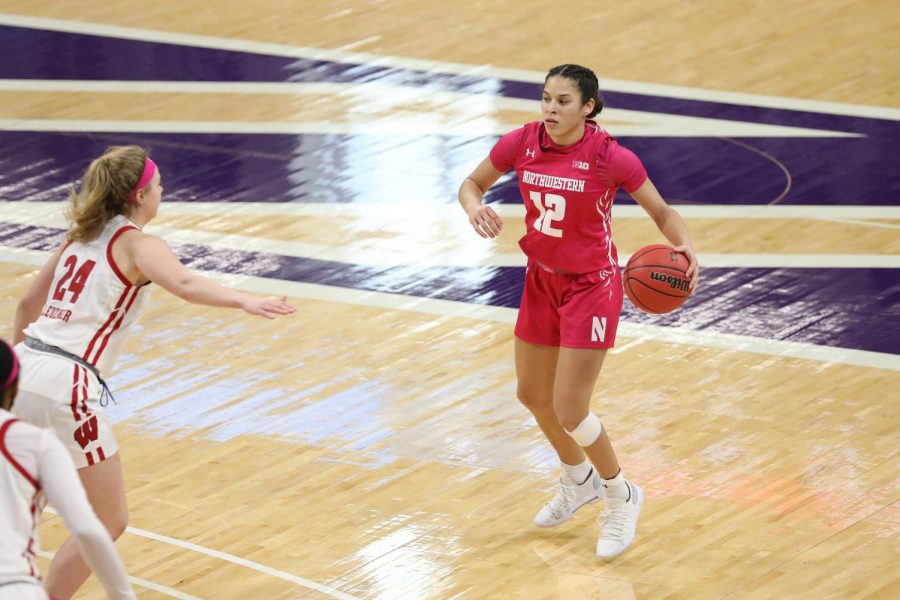 Northwestern opened the Big Ten Tournament Wednesday with a stellar win against Illinois. After close losses on Feb. 28 and Mar. 6 to Maryland and Michigan ended the Wildcats’ regular season, NU proved they’re on a mission for the Big Ten supremacy.

Junior forward Courtney Shaw led the team to a 67-42 win. She racked up six points and a steal in her first six minutes of play. It was Shaw’s second game after recovering from a lower body injury and made her presence known all over the scoresheet.

The Cats applied a defensive pressure and fast pace transition play. In the first half alone, NU had six different scorers on the leaderboard and forced fifteen Illini turnovers.

The Cats were a brick house with their zone defensive scheme against Illinois. The Blizzard defense was impenetrable, forcing Illinois to attempt three point shots. But NU shut out all offensive attempts from the Fighting Illini.

“Our defense was tremendous (today) giving us the momentum I felt we were looking for,” McKeown said. “I thought we were really connected on the defensive end.”

Junior guard Veronica Burton backed up her Big Ten Defensive Player of the Year status with five steals on the day. She was unstoppable on both ends of the court, scoring twelve points in the first half.

“Veronica Burton is a great defensive player,” coach Joe McKeown said. “She was able to push Illinois further out and took away their best shooters.”

Like the past two games against Illinois, NU ended strong and secured their third victory of the year against the Fighting Illini.

The majority of the starting lineup, including Burton and Pulliam, was taking it easy on the bench with three minutes of game time left in the fourth quarter. The Wildcats face Michigan Thursday afternoon in the next round of the Big Ten Tournament.

—Women’s Basketball: Northwestern misses out on top-four finish with loss to No. 12 Michigan

—Women’s Basketball: Northwestern falls to No. 8 Maryland 62-50 on Senior Day