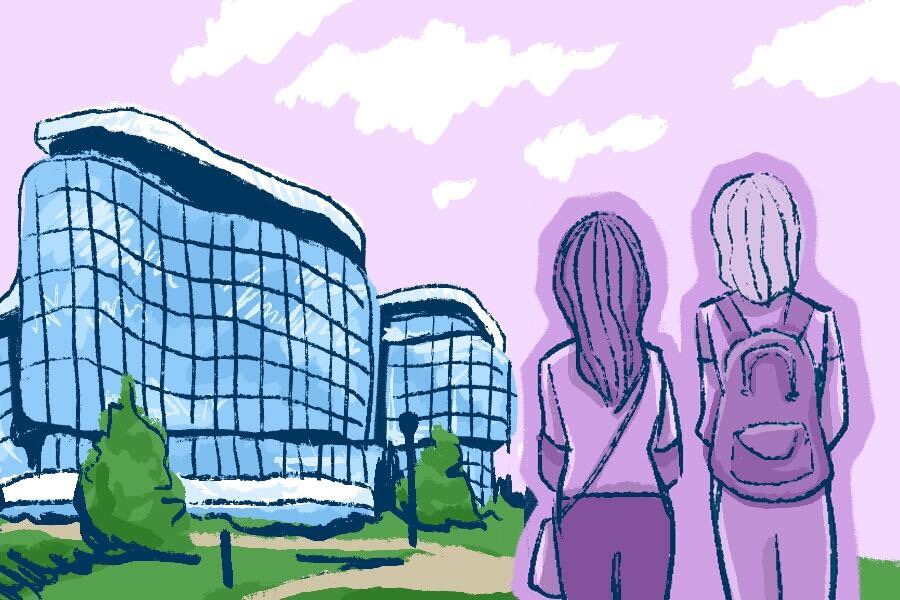 Northwestern’s new Womxn in Economics organization is hoping to provide support and community for female-identifying economics students at the University.

The need for Northwestern’s new Womxn in Economics organization was proven in its creation. Weinberg senior Eliana Buckner said she met more female economics majors on the group’s executive board than she had since transferring to the University in 2018.

The group, which is backed by the economics department, aims to support female-identifying economics students, although students of all gender identities are able to join. It also intends to inform members about the major’s various career applications through alumni interviews and a mentorship program.

“Having a bit of a space and a community where people can come and feel supported and have resources to succeed in classes and just survive at Northwestern is important,” Buckner said. “I think that’s a good first step towards structural change.”

Anderson initiated the organization’s founding last September by reaching out to seven students — who have since built a five-person exec board. Now the group’s adviser, Anderson said the department is actively trying to increase the number of women studying economics.

Weinberg senior Katie Daehler, one of the group’s co-founders, said “there wasn’t a doubt in (her) mind” about joining when Anderson reached out, a reaction that has been affirmed by the work and interactions she’s had so far.

Daehler hopes the fledgling group can provide needed room for connection between students. She recalled her own experience sometimes feeling unwelcome in introductory economics classes — she didn’t have a woman economics professor or teaching assistant until her junior year, and found it difficult to meet classmates.

“If I had known an older woman in econ who I could talk about those experiences with, I think that’s something that would have been really valuable to me,” she said. “I want to make sure that everyone has that relationship and place to go.”

Daehler is one of Womxn in Economics’ representatives at new upperclassmen office hours, where first- and second-year students can drop in to ask questions of older economics students.

The initiative, launched in conjunction with the Undergraduate Economics Society, falls in line with other community-focused programs. The organization hosted alumni interviews during a microeconomics class and is planning a finals-oriented “study party.” The board also hopes to build out a mentorship program.

Kalina Pierga, the group’s founding president, said establishing a support system is a key first step and that it is vital to establish camaraderie within the group before they take on advocacy initiatives in the economics world.

Recent years have seen mounting public evidence of gender discrimination in economics. A 2016 study found it has the largest gender gaps in salaries and job satisfaction among math-intensive fields. Earlier this year, a study that looked at hundreds of research seminars and job talks at leading economics departments and conferences announced the questions women face when presenting are more likely to be unfair, patronizing or hostile.

“We’ve increasingly realized how difficult it is to allow people to flourish within a discipline that is structurally exclusive of them, in that economics is so male dominated, that it often feels — at least from a student perspective — that your voice just isn’t being heard,” Pierga said.

The Weinberg sophomore said the most important function of the organization is to empower women in their pursuit of economics at NU. In line with that, she hopes to create a sense of teamwork and community as women try to surmount some of the field’s alienating challenges.

— As in 2008, humanities majors are a potential casualty of the imminent recession