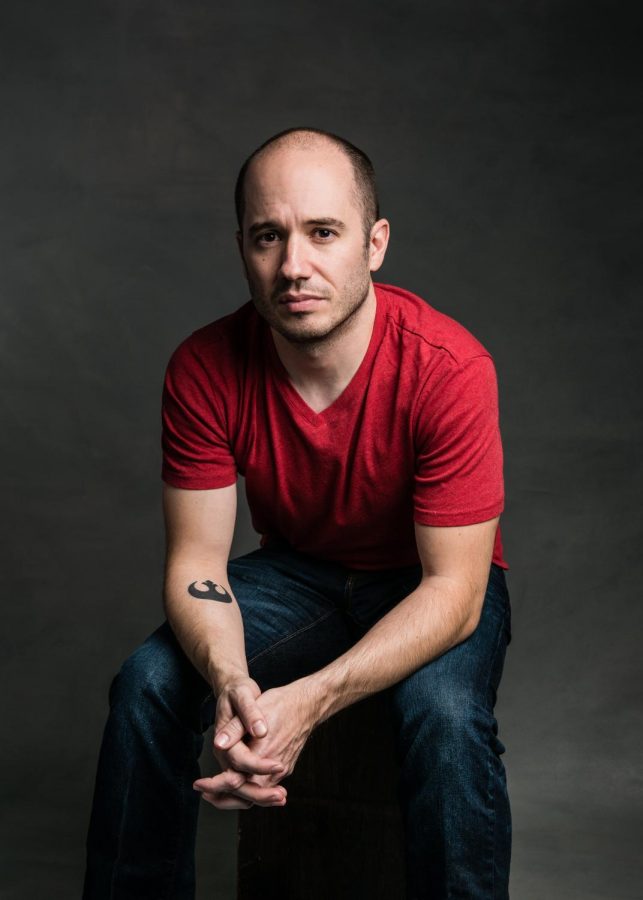 Michael Moreci, author of comic runs like Star Wars Adventures and Stranger Things, has taken the last few years writing original works like “Black Star Renegades” and “The Plot”, and is working on a number of unannounced projects looking to be released over the next two years.

From writing comics for the Superman, Stranger Things and Star Wars franchises to his own original works like “The Plot,” “Wasted Space” and “Black Star Renegades” freelancer Michael Moreci (School of Professional Studies ‘07) has been creating adventures with original and established characters for over 15 years. The Daily spoke with Moreci about his career and what lessons he wants to impart on writers entering the industry.

The Daily: As a fan of the comics genre, what is it like when you get that call or email saying you’re going to write for a property that you’ve been a fan of for many years? 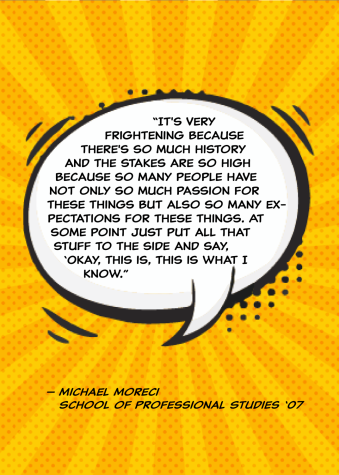 Moreci: It’s nerve racking. My early Star Wars work probably suffered from that intimidation factor, because it’s so big and you’re such a big fan of it and it’s so meaningful. Star Wars for me is such a profound thing, I think you eventually have to learn the ability to separate yourself. I know what a Star Wars Story is, I’ve been living in that universe since I was like four years old. It’s been kind of liberating in a way to gain that perspective and I think it’s the same thing for anybody when they’re writing, whether you get the call to write Superman or the Teen Titans or the Fantastic Four. It’s very frightening because there’s so much history and the stakes are so high because so many people have not only so much passion for these things but also so many expectations for these things. At some point just put all that stuff to the side and say, ‘Okay, this is, this is what I know.’

The Daily: Are there any characters or properties that you dream of writing for?

Moreci: The Fantastic Four has always been something that I’ve loved since I was a kid. One of my favorite things is the Universal Monsters, like somehow being able to play in that sandbox with “Creature from the Black Lagoon” or “Dracula”… So there definitely are things that are still out there that I still have one eye toward, but for most of my time I’ve been lucky to pursue my own stuff. I think as I’ve grown and matured as a writer, it’s more about, ‘OK, what can I create, what can I do,’ and being judicious about writing things that I love because when you’re a younger writer you’re more willing to write like anything that comes along.” 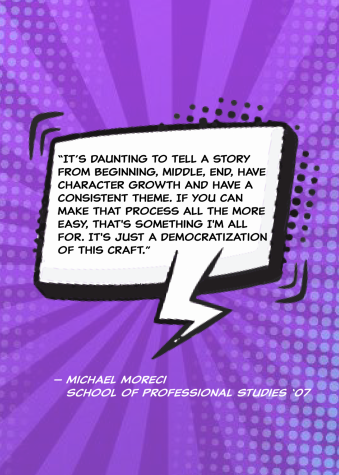 The Daily: At the beginning of the pandemic, you published instructional writing tutorials on your website and you taught a Novel Writing course at the University of Wisconsin-Green Bay. Why do you teach?

Moreci:  If you can demystify the process of writing as not some magical, mystical thing — because it’s not — then I think that you can reach a lot more people and make the art of writing way more accessible and way more digestible, where people can look at it and say ‘Oh, this is something I can do. This is not just obtainable, but it’s also something that I can actually sit down and see how it works and functions.’ And I love doing that for young writers and demystifying that process. It’s daunting to tell a story from beginning, middle, end, have character growth and have a consistent theme. If you can make that process all the more easy, that’s something I’m all for. It’s just a democratization of this craft.

The Daily: What lessons have you learned from the process of writing, publishing and promoting your own work?

Moreci:  Writing, especially getting good at writing and making a career writing, takes a long time. February 19 marked my five year anniversary of being a full-time freelance writer. I was writing before then for somewhere around 10 years regularly for journalism, comics, and prose manuscripts. It just takes time and that sucks. It could be discouraging because you don’t know if you will make it. But I would rather someone pursue it, especially if they love it, and be encouraged knowing that it is most definitely a marathon and you should not feel like you failed just because you haven’t published your book or published your comic or become a best seller by X age or X date or X amount of years. That stuff is different for every single writer. I think that that’s part of the journey and part of the excitement — that you do it forever, more or less.