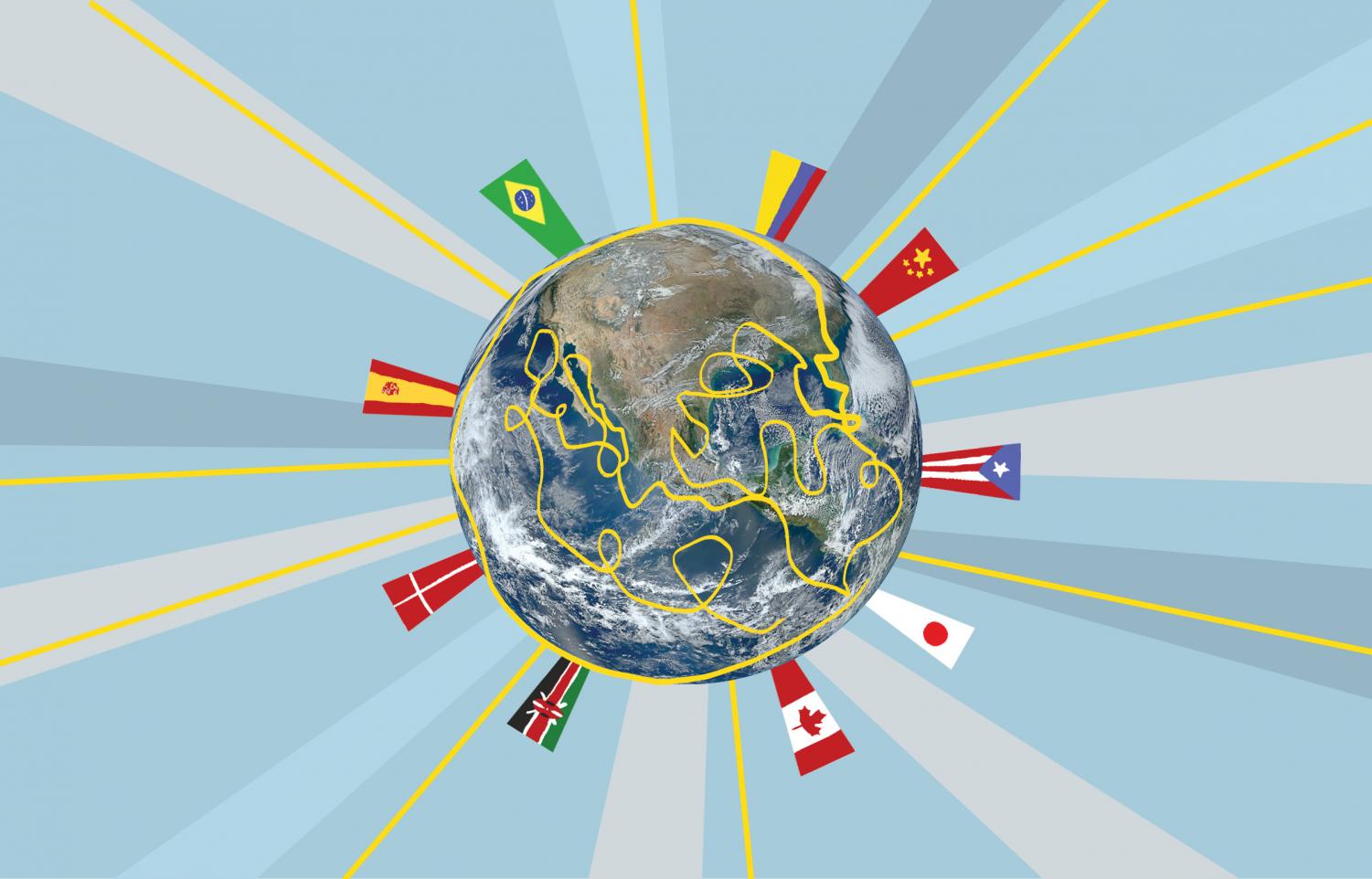 Our staff recommendations come from across the globe. (Graphic by Cynthia Zhang)