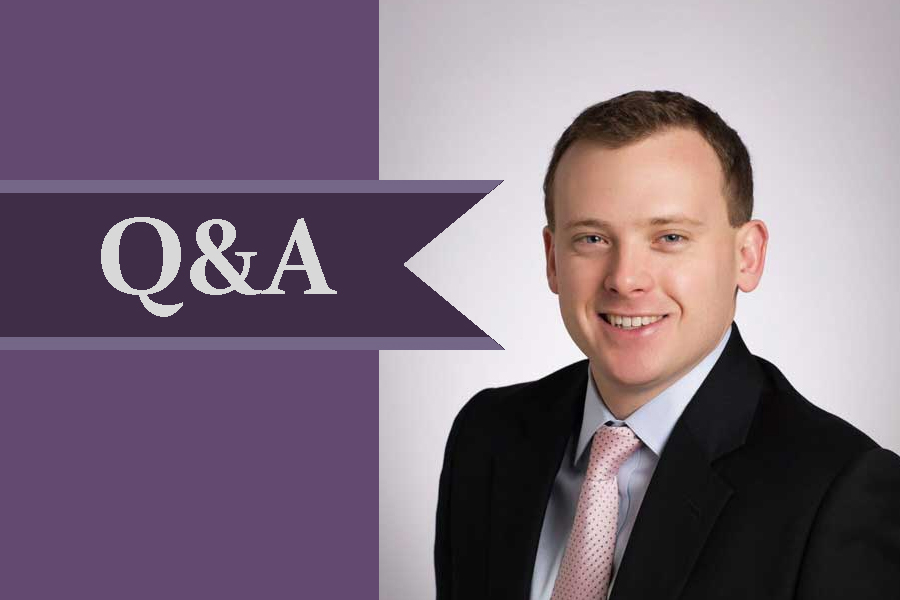 Last week, the Daily sat down with Chief Risk and Compliance Officer and Senior Associate Vice President Luke Figora to discuss Northwestern’s COVID-19 response, vaccination plans and student testing. This interview has been edited for clarity and brevity.

The Daily: Does the University have a threshold for implementing a Wildcat Wellness quarantine in the middle of a quarter?

Figora: I don’t think there’s a hard metric in terms of number of positive cases or a specific positivity threshold that we’ve hit that we can flip that trigger. We’ve tried to think about it more as, “Is what we’re experiencing on campus kind of sustainable from a campus environment perspective? Does the kind of transmission seem to be increasing or stable or decreasing?” If we got a sense that there were multiple large, uncontrolled clusters spread on campus, that would be more likely to push towards a Wildcat Wellness period than the number of total cases.

The Daily: Students in the past have voiced concerns that communication about contact tracing has been delayed, or sometimes conflict with University policies. What was the cause of these concerns, and have they been addressed?

Figora: The testing labs have an obligation to share the test result with the individual immediately, before they check in with Northwestern, so there is an inherent built-in delay to the process where students can potentially see their test result before the University gets notice of it. That could cause some confusion, at least back in the fall, but things seem to have been going pretty smoothly this quarter.

The Daily: Based on your knowledge, what is the soonest or latest you expect vaccines might be available to the general student body?

Figora: We’ve had some students qualify already. But students more broadly will be eligible in Illinois Phase 2. With some of the recent news out of the Biden administration this week, it could be by the end of May. It takes some time to work from the federal level to the local level. We’re optimistic that it’s going to come sooner than we initially had thought. It’d be great to be able to vaccinate students before the end of Spring Quarter, but it’s going to be dependent purely on supply.

The Daily: Does Northwestern anticipate getting its own vaccine supply?

Figora: The Illinois Department of Health and Evanston Health and Human Services would need to allocate a percentage or a number of their vaccines to Northwestern. If supply ramps up significantly, there could be a period of time in the coming months that Northwestern could potentially get it directly from the state. But in the immediate term, it would flow through the City of Evanston first and then need to be allocated to the University.

The Daily: Do you have an estimate of how many vaccines have been administered on campus already?

Figora: We’ve only done a couple of small pilot events primarily focusing on individuals over the age of 65, closely aligned with Evanston’s vaccination plan, to make sure that Northwestern is prepared for the time when supply increases. The hope is that the city’s supply increases significantly and more of it gets pushed to the University so we can start to do more on campus.

Figora: We don’t know if Norris is going to be a long-term vaccination center. We were doing two small pilot programs to figure out the process by which you check people in, administer the vaccine, do screening and do monitoring afterward. Norris was a really good test site to do a small number of people, and whether that’s the long-term University vaccination site will depend on supply and how many people are being vaccinated.

The Daily: Do you have an estimate as to how many reports of COVID-19 violations the University has received?

Figora: The Office of Community Standards has engaged with a little over 600 students on COVID-19-related expectations. I think 250 reports directly to that office related to on-campus activity. A good number of them are relatively isolated and low-level concerns.

The Daily: Previously, students who tested positive were told they weren’t allowed to be tested again for a period of time, which worried some who believed they might have falsely tested positive. Has that policy evolved at all?

Figora: Not really. Any positive result, you need to treat it as a positive. Rapid antigen testing is a presumptive positive, so that’s not an official positive result until it gets confirmed with another test. With the sensitivity of the other tests, the chance of a false positive is pretty low. The guidance around not testing for 90 days after being positive is still consistent. There’s some discussion from a public health perspective around whether that window isn’t long enough, and should actually be further than 90 to 120 days. But it hasn’t been changed yet.

The Daily: What do you expect next Fall Quarter to look like?

Figora: The strong hope is that we’d be closer to normal, but I don’t know if it’ll be the old normal. We know the vaccines do a really good job at keeping you healthy, but we know less about whether they stop you from contracting the virus or transmitting it to others. One would envision your mask may continue to be around for a period of time, even after the initial waves of vaccination. It may be that for the next year or so, some amount of testing and quarantine situations is still part of our world.

The Daily: Do you expect the University to make any long-term changes based on what it’s done to adapt to COVID-19?

Figora: We’re starting some planning efforts around the new normal and what campus looks like and what the pandemic has taught us that we can do differently. When you think about faculty and staff, what’s the University’s policy toward working at home and remote work? What balance of people do you want here on campus versus working remotely? I think we’ll look at things like that. We learned a ton in terms of communication, planning and everything else.