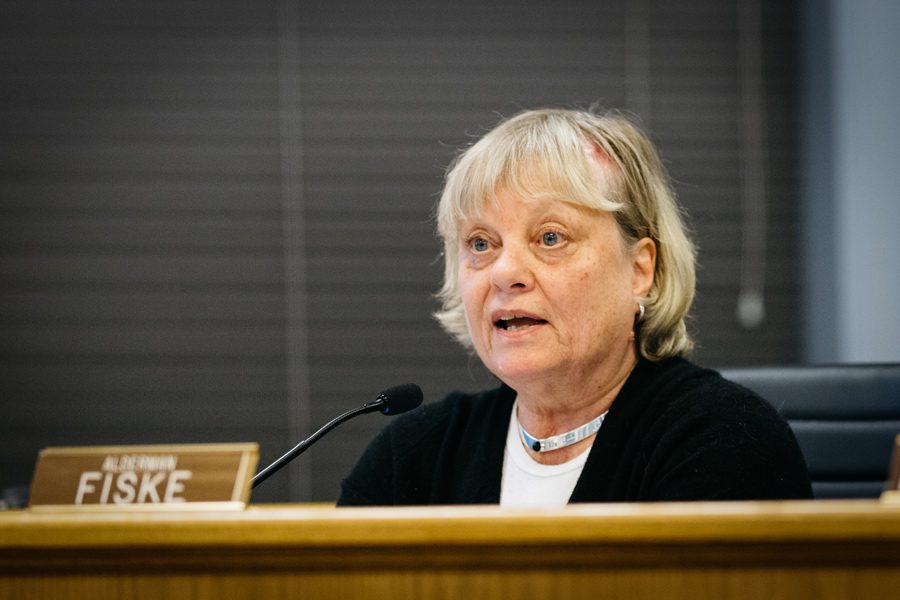 The newsletter, published toward the end of February, emphasized Fiske’s commitment to accessibility, transparency, rebuilding Downtown Evanston’s economy and utilizing fiscal responsibility strategies to shore up the city’s reserves. Fiske also said in the newsletter “a small but vocal group” is spreading the false critique against City Council that the city’s leadership is “out of touch” and “lacks transparency.”

“The ugly nature of the nation’s political discourse, with its belligerent outbursts and dishonest arguments, is threatening to take root here in Evanston,” the “Civility Matters” section of the newsletter read. “We have seen (the group) shouting angrily at ward meetings, at Council and on social media. They have drowned out many sensible voices with their baseless charges and aggressive tactics.”

In response, Evanston activist and Northwestern graduate student Karla Thomas published an article on the website Medium Saturday that circulated online decoding the newsletter. Thomas’ article had received over 1600 views and 1000 “claps” before Thursday evening.

“When there’s outcries for people to be civil without addressing the underlying inequities, that is the way that White supremacy maintains itself,” Thomas told The Daily. “Because it ignores the main problem and asks everyone to pretend everything is okay and act nicely.”

Thomas said to The Daily she felt the “Civility Matters” paragraph specifically targeted her, because she regularly speaks out regarding issues of race in City Council public comment.

“(Fiske) used words like ‘ugly nature’ and ‘lack of civility’ and ‘aggressive’ and ‘belligerent,’ and all those other things,” Thomas said. “It’s the definition of a trope. The continual use of statements like these that … paint a certain population as angry, non-rational, not having sensible voices, not to be paid attention to.”

Fiske said in an interview with The Daily Thursday she had not read Thomas’ article.

She also said her campaign pieces are directed at people living in the 1st Ward, not at people speaking in public comment.

“I have an opponent who is very disruptive, very discourteous,” Fiske said. “We have always prided ourselves in Evanston as being able to have conversations, not just yell and scream at each other.”

1st Ward resident Betsy Wilson also wrote a letter in response to Fiske’s newsletter where she said “calls for civility are a widely recognized tool of the establishment to maintain their power.”

Wilson said she stopped supporting Fiske last summer because she was disappointed in Fiske’s lack of vocal support for young Black activists, particularly members of Evanston Fight for Black Lives. Fiske did not meet with EFBL during their July sit-in at her house.

“Judy professed tepid support, but would tell me that because it’s a conservative ward, she can’t be vocal about it,” Wilson told The Daily. “But then she would refuse to meet with the leaders of color in our community.”

Fiske said she greeted members of EFBL during their sit-in but did not speak with them because she needed to attend previously-scheduled city meetings.

She said she would have been happy to speak with EFBL if they had reached out when she was not holding a meeting.

“I am always ready to meet with any group wherever, whenever they want to meet,” Fiske said. “I’m fortunate to sit on the City Council with young Black leaders, and I’m very happy about that, so I’m always available.”

Fiske did not attend the combined mayoral, 1st and 3rd ward endorsement forum held in January by the Black-led racial equity group Organization for Positive Action and Leadership. An OPAL representative confirmed in an email to The Daily that Fiske “refused” to participate in the forum, but the representative did not offer further comment.

Fiske said one of the reasons she did not attend OPAL’s forum to seek the organization’s endorsement was a June letter OPAL sent to Mayor Steve Hagerty and City Council.

In the letter, OPAL said they viewed City Manager Erika Storlie, the then-interim City Manager, as having demonstrated that she has a “limited racial equity lens.”

“This ‘Civility Matters’ is just classic 101 tone policing,” Thomas said. “It’s, ‘I’m going to ignore the fact that they’re crying out about racist actions and the impact of our City Council, and I’m going to draw everybody’s attention to the fact that they said a few words that I don’t like.’”