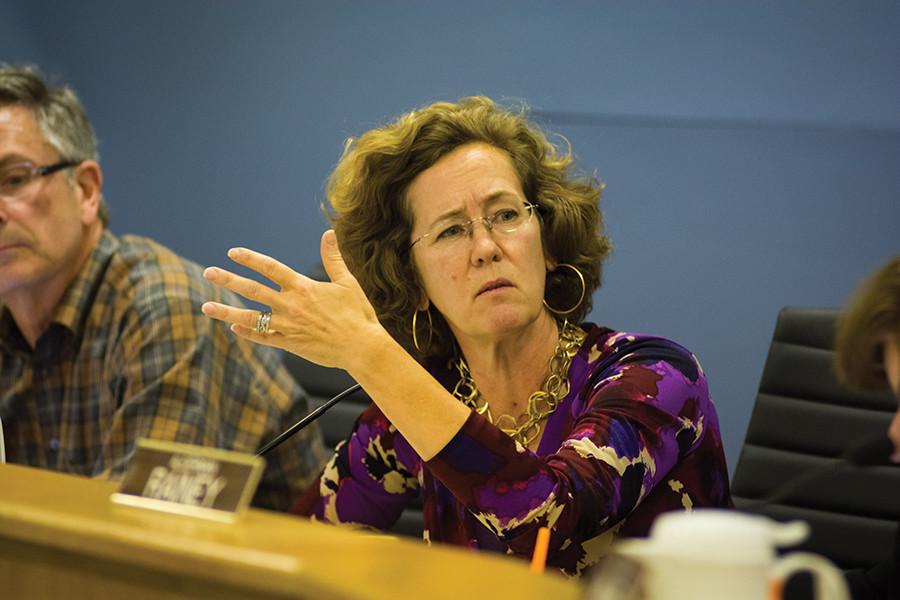 Several former city leaders had plans to hold a Zoom meeting Wednesday to “discuss strategy” in combating “anti-incumbency” efforts they alleged rooted in community organizations like the Organization for Positive Action and Leadership ahead of the April 6 general election.

The meeting was organized by former aldermen Jane Grover (7th) and Delores Holmes (5th), along with former Evanston Chief Equity Officer Patricia Efiom and residents Kelly Marcelle and Dick Peach. An email invite to the meeting that was obtained by the Daily was sent Tuesday evening to over 60 people, including Mayor Steve Hagerty, former Evanston Director of Finance William Stafford, and Northwestern Executive Director of Neighborhood and Community Relations Dave Davis.

“Our community needs a counterpoint to the concerted effort to undermine our local government by a small and determined group of residents, organized under several banners (perhaps OPAL, Community Alliance for Better Government, Reclaim Evanston),” the email read. “They are promoting a slate of candidates to replace virtually the entire City Council.”

The email went on to list several policy positions the writers say “would undermine good government in Evanston,” including returning full Freedom of Information Act powers to the city clerk, allowing residents to place binding referendums on the ballot, and replacing City Manager Erika Storlie.

The email comes one week after the Consolidated Primary Election, where preliminary results suggest incumbent Ald. Don Wilson (4th) and incumbent Ald. Ann Rainey (8th) both failed to advance to the general election in April.

OPAL released a statement in response Wednesday that said the email contained misinformation about its candidate endorsement process.

“OPAL has never called for (Storlie’s) removal, nor any of the other policies suggested by the group seeking to smear OPAL’s name and work,” the statement said.

OPAL board member Alex Morgan also told the Daily he and other members of OPAL were taken aback by the email, particularly since all municipal candidates were offered an opportunity to speak with them ahead of their endorsement.

Morgan said members of OPAL were compelled to release a statement to set the record straight about this endorsement process this election cycle.

“There’s a majority on council that is not forthright, is not transparent, and is not responsive to the needs of Evanston residents,” Morgan said. “And that is ultimately what informed OPAL’s endorsements.”

Community Alliance for Better Government also released a statement to their Facebook Wednesday, writing that good government “is not what exists in Evanston today.” The statement confirmed CABG’s solidarity with OPAL and Reclaim Evanston in “urging Evanston residents to vote on April 6th for candidates who stand up for the people in all their diversity.”

After the email began circulating online Wednesday, numerous residents took to social media to voice their outrage and dismay.

A post of the email on the Evanston Fight for Black Lives Facebook group garnered over 50 comments by press time.

“Grover claims that the anti-incumbent movement represents a ‘small and determined group of residents,’” resident Lesley Williams commented. “How then to explain that the staid, mainstream Democratic Party of Evanston was in complete agreement with their endorsements?”

Kevin Brown, 9th Ward resident, said he was disturbed by the level of contempt the email directed toward progressive organizations and candidates.

“It’s shocking, because we have such a progressive community,” Brown said. “It just kind of reminded me of the culture that we’re in now, where people are really against democracy. They’re against participation by disenfranchised groups.”

It is unclear whether the meeting itself actually occurred Wednesday night. The Daily was unable to enter the meeting via the link provided in the email, and some residents commented online that they were similarly blocked.