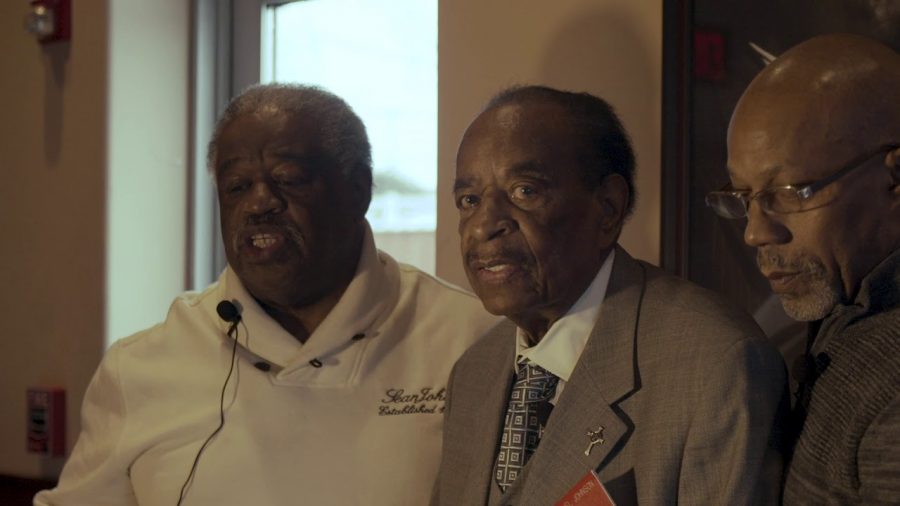 A still frame from “Samuel Johnson Jr: More Than a Barber.” The documentary, produced last winter, screened at the Spirit of Chicago 7 earlier this year.

When Communication junior Lauren Washington took “The One-Person Crew Documentarian” last winter, she had no idea the class final project and her documentary “Samuel Johnson Jr: More Than a Barber” would garner substantial internet attention and screen in the Chicago Filmmakers’ Spirit of Chicago 7 exhibition.

Washington said she originally took the documentary class to challenge herself as a one-woman documentarian and sole producer of a film. In joining the class, she said she was searching for ways to subvert the status quo of the industry at large.

“I wanted to step into my power and be in charge of all [film production-related] things,” Washington said. “The film industry is very dominated by White males, so I wanted to be able to undertake all the roles in this class.”

Initially, she said she struggled to find a subject to profile and turned to her peers and fellow artists. However, after her friend took her along to Evanston’s Church Street Barber Shop, she said she was struck by its sense of history and community, and decided to focus her documentary on its owner, Samuel Johnson Jr. Johnson is a third-generation barber, making his practice inextricably tied to the Evanston locale.

As the filming moved along, Washington said she grew deeply connected with the shop, Johnson and its surrounding community. As a solo-filmmaker, she said entrenching herself in his life meant discovering more about his own story, and coming to terms with the problems she faced herself.

“During that time I was dealing with my own grandfather’s health as well, so I wanted to make sure it was right for Sam’s family since he had just suffered from a stroke,” Washington said. “I was very grateful for my professor, Danielle Beverly. Although I had to do all these roles essentially myself, I wasn’t alone, because I had her.”

Beverly said Washington has “the heart of a documentarian” and persisted through COVID-19 restrictions forcing school closure a week before the documentary was due. She added Washington always worked above and beyond to find a close understanding between her and her subjects.

Beverly said the way the barber shop welcomed her into their space goes beyond the frame, and speaks volumes about how Washington was “perceived as a filmmaker wishing to tell their story.”

“Most importantly, students should do something that really comes from their heart, and I think that really shows in (her) final work,” Beverly said.

Medill senior Michael del Rosario helped Washington film during a few visits to the barber shop. He said Washington displayed utmost professionalism and dedication to building an inclusive atmosphere when they were filming together.

Moreover, del Rosario added her passion and willingness to connect with the subjects helped cultivate the narrative and form the documentary into what it is today.

“Having not known much about the story before that day I think it emphasized to me the importance of Samuel Johnson (Jr.) to the Evanston community and people that have been going to his barber shop for generations,” he said. “It’s been a formative place for a lot of these friends and family members.”

As an outpouring of support came from all angles, Washington said she felt affirmed by the community in the universality of Johnson’s story and the power of storytelling.

Now, Washington continues to see widespread reception and recognition for the film. After being published in Northwestern’s Undergraduate Research Journal and screened at the Spirit of Chicago 7, she is evaluating her next steps as her filmmaking career marches along. While she is keeping her options open — with filmmaking, Project FILO, photography and crypto-art — she said this revelatory moment has inflected her life path for the better.

“It’s definitely divine timing and unfolding for the right reason. I’ve been working a lot on writing scripts and realizing that I want to pursue screenwriting and directing; to have this first film festival under my belt was just really affirming to me,” Washington said. “It was everything I needed and more, hopefully I can keep going on that path into the film industry.”

— Evanston to unveil Samuel Johnson Place: A look at the man behind the street