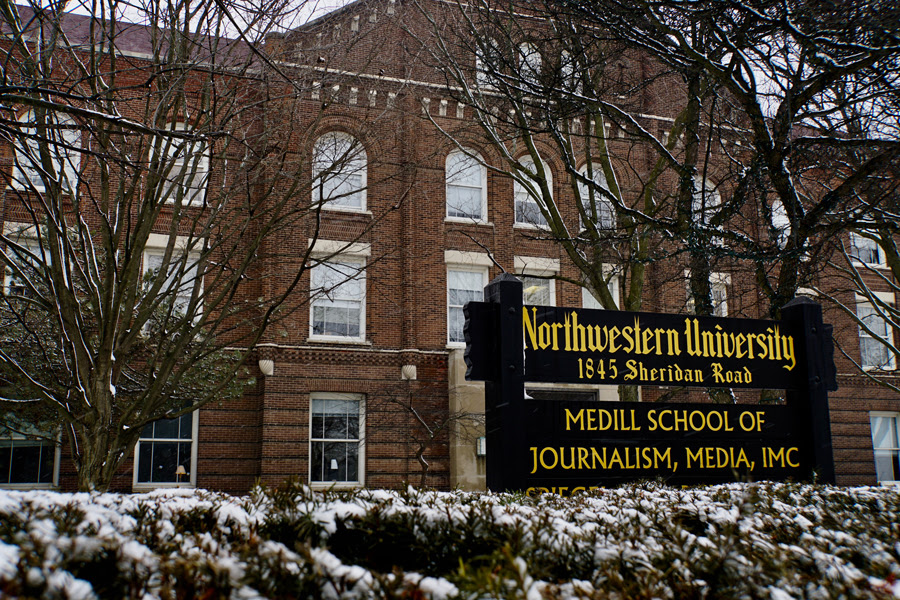 Fisk Hall, home to the Medill School of Journalism, at 1845 Sheridan Rd.

When The Daily Northwestern first wrote about the then-Joseph Medill School of Journalism in 1920, it described “a school of journalism which will eventually be without peer in the United States.”

One hundred years after the school’s founding in 1921, Medill students can now spend Fall Quarter in Washington D.C., spring break in Shanghai and Winter Quarter in San Francisco. They can take classes in integrated marketing communications, data visualization and web development. Once they graduate, they join the ranks of both David Barstow, the reporter with the most Pulitzer Prizes ever won and George R. R. Martin, the author of a book series with the most disappointing final season of a television adaptation.

Many of these opportunities only became possible in the past 20 years.

When John Lavine became dean in 2006, he envisioned the “Medill 2020” plan: a proposal to “catapult the school forward.” The curriculum was reshaped, more faculty were hired and the school’s name officially changed to the Medill School of Journalism, Media, Integrated Marketing Communications.

When Lavine stepped down in 2012, Brad Hamm continued Medill’s expansion into the digital and international spheres. He sought to expand opportunities for students to travel abroad through Medill, but to also ensure that students’ experiences weren’t hindered by financial barriers.

While Hamm worked at both Indiana University and Elon University before coming to Northwestern, he said Medill’s global reach makes it unique.

In 2021, Medill is faced with both old and new challenges and has fittingly found its dean in someone with an eye on both the past and the future: Charles Whitaker (Medill ‘80, ‘81).

As the first alumni to become dean in the school’s history, Whitaker said he feels a “tremendous responsibility” to continue the growth he’s observed since his time as a student.

“Our foundation is (and) has always been writing excellence, excellence in communication, fact-based journalism, ethics in journalism, marketing and advertising,” he said. “We are always going to be very much rooted in those things. The question then becomes ‘well, if that’s the foundation, how do you layer on top of that innovations that address the time?’”

Whitaker also said that Medill is now tasked with addressing the areas in which it has failed to live up to its standards, such as diversity and inclusion.

During his time as dean, he hopes to improve the diversity of faculty, students and curriculum to teach students how to engage with diverse communities through journalism, marketing and communication. Whitaker also plans to expand the amount of graduate and undergraduate Medill classes available to students in other schools to expand the conversation beyond Medill.

Whitaker previously implemented initiatives to continue Medill’s path into the digital age of journalism, both through incorporating digital elements into the existing curriculum and expanding classes exploring digital storytelling.

According to Lavine, many of the drivers of the Medill 2020 plan are still relevant today — namely, the need for journalism, marketing and advertising to better understand and serve its audience.

“My wish would be that everybody that goes to Medill would borrow the question that I’m sure I took from somebody else: ‘How can I help people be better informed?’” Lavine said. “Really engage that question and figure out how to make it better.”