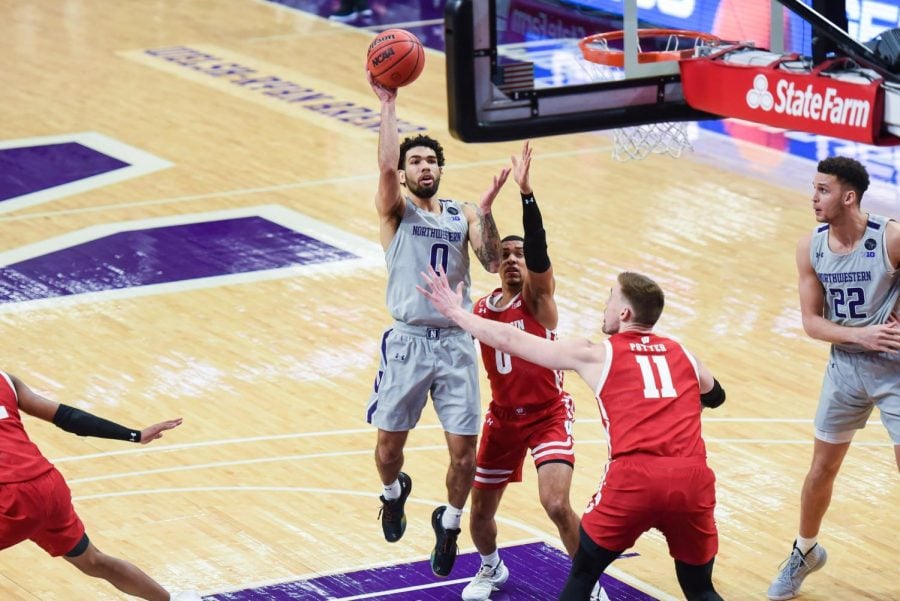 Boo Buie is back.

“Boo was fantastic,” coach Chris Collins said. “He was the one guy we had that could get downhill with drives, that could attack their pressure and make plays.”

The Wildcats’ start was nothing short of disastrous. Minnesota jumped out to an early 17-3 lead in the first eight minutes, and NU committed eight turnovers in that time. The Cats struggled to run through their offense and gain any kind of momentum.

Though NU put together a 16-2 run to tie the score at 19-19 shortly thereafter, the Golden Gophers pulled away yet again, and led 31-25 at the half. The Cats shot 47.1 percent in the half, compared to Minnesota’s 41.4 percent, but the 12 NU turnovers meant they took 12 fewer shots.

But at the start of the second, Buie came alive. He opened the scoring in the period with a three-pointer, made another and then added a layup, scoring eight points during the Cats’ early 12-0 run.

In the first half, NU shot just 2-for-9 from behind the arc. Buie went 3-for-4 in the second half, scoring the bulk of the Cats’ five second half threes.

His last came in the final two minutes of the game, right in front of the bench, with NU up four. Collins said Buie’s shot was a big energy boost for a Cats squad trying to close out its first win in 2021.

“When we got the lead we continued to execute well down the stretch,” Collins said. “Buie hit a big three right in front of our bench, (sophomore guard) Chase Audige had a monster tip in… In the last two minutes, we kept our poise.”

Buie’s foul shots came in the game’s crucial moments. He hit two sets of game-tying free throws with nine minutes and then again with six minutes to play, and hit two more sets in the final minutes as Minnesota tried to claw its way back into the game.

“Down the stretch, I think we made all (our free throws) but one,” Collins said. “That was huge under pressure and something we have to continue to do.”

“(Buie’s) a pretty good barometer for us,” Collins said after Sunday’s loss to the Badgers. “When he’s playing well, we feed off of that. The games we’ve won, he played at a really high level.”