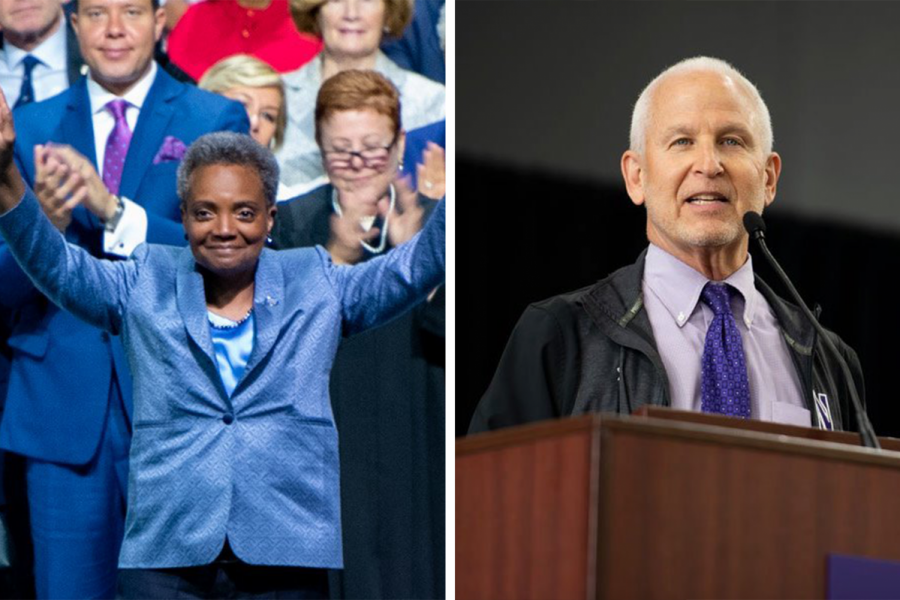 “The pandemic, racial strife and recession are a triple threat to our hometown,” the letter said. “We commend you and your team for your steadfast leadership in navigating the city through this crisis.”

The letter, published as a full-page ad in the Chicago Sun-Times Thursday morning, called on business leaders to connect with political leaders, religious institutions, non-profits, cultural institutions and civic groups and work toward economic growth in the city by investing in schools, healthcare and small businesses.

Chicago activists and aldermen criticized Lightfoot earlier this month for using hundreds of millions of federal COVID-19 relief dollars to cover the cost of police overtime, instead of allocating the funding toward housing, business and healthcare relief. In response, Lightfoot said the criticism was “just dumb,” and the city needed to spend the funding on police services to avoid worsening its budget deficit.

Lightfoot holds an honorary degree from Northwestern and has served as the 2020 commencement speaker. Lightfoot also led a dialogue at a meeting for America’s Urban Campus, a group of 20 Chicago-area colleges and universities, which Schapiro hosted.

“We love Chicago,” the letter said. “We are here to stay. And we are committed to contributing to the task at hand. Our future is very bright indeed.”

— Amid calls to boycott Lightfoot’s commencement speech, a look at the Chicago mayor’s history on policing