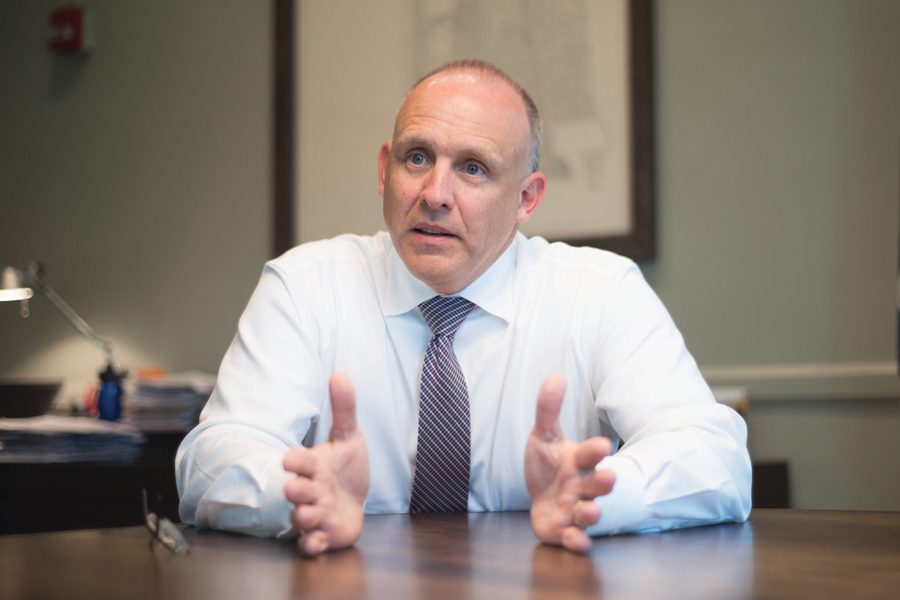 Mayor Steve Hagerty announced he received a COVID-19 vaccine along with frontline workers and senior citizens at a City Council meeting Monday.

Hagerty, who had not previously notified the public of his vaccination, revealed the information when Ald. Tom Suffredin (6th) asked the mayor if he was aware of “any elected officials who should be (Phase) 1C who received vaccination.”

“I have been vaccinated as part of (Phase) 1B because everyone that was part of the emergency operations center — and I’m a part of the ‘unified command’ — was vaccinated,” Hagerty said.

To his knowledge, Hagerty said no other elected officials received the vaccine if they did not qualify on the basis of age..

According to the Illinois Department of Public Health, Phase 1B of the vaccination plan currently includes those over 65 years, as well as non-healthcare frontline essential workers, including first responders. Hagerty is 52 years old.

“I think it would have been appropriate for it to have been a more public thing,” Suffredin said. “We’re in a situation where the supply is limited and we’ve been telling people to please be patient and wait their turn, and I think that’s the example that we all should set.”

Hagerty also said Health and Human Services Department Director Ike Ogbo made the decision to include him in Phase 1B vaccinations. Suffredin also said that he trusts Ogbo’s judgment and respects his discretion.

“When you look at other elected officials, the Governor has said that he will wait until we get to (Phase) 1C,” Suffredin said. “(Cook County Board President) Preckwinkle and Mayor Lightfoot received the vaccine in a very public setting and there was a policy reason for that — to try to encourage people that the vaccine was safe.

Hagerty and Ogbo did not respond to The Daily’s request for comment.

Hagerty’s decision to keep his vaccination private departs from his past decisions to update the public on his health. In December, Hagerty and the City of Evanston released a press release informing the public of his upcoming colonoscopy.

Suffredin said he worries the mayor’s decision could impact the credibility of the city’s vaccination efforts.

“The biggest concern in any government in maintaining its credibility is to be forthright with people, particularly about matters of this level of importance,” Suffredin said. “If there is any line-jumping or if there are any decisions that are being made and not fully publicly disclosed, it undermines the credibility of this entire effort.”

— Illinois to expand vaccine rollout to residents with pre-existing conditions on Feb. 25