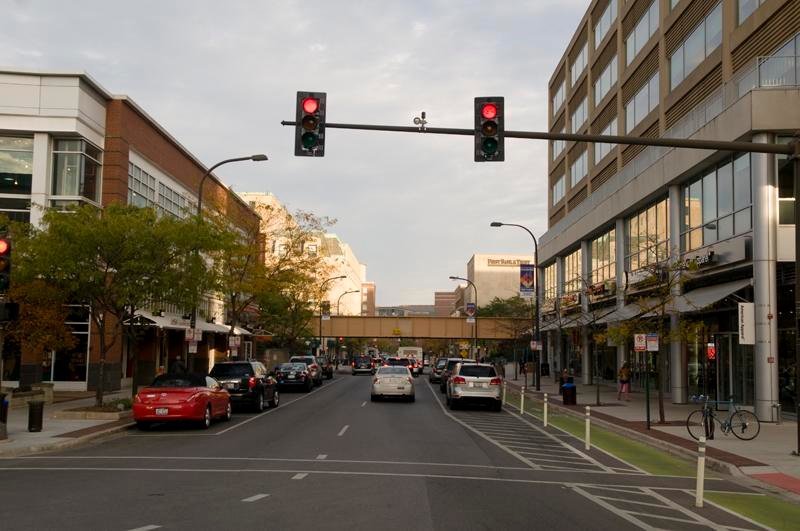 The Century 12 Evanston movie theatre, which has been closed for almost a year, will not reopen under its current ownership, city officials told the Evanston RoundTable Monday.

Paul Zalmezak, the city’s economic development manager, said to the RoundTable a loophole in the lease agreement between Century 12/Cinemark theatres and the Stockbridge Capital Group, which owns the Church Street Plaza development, allowed Cinemark to terminate its lease.

Cinemark and its ownership had been fighting a legal battle over the lease exit clause since about the start of the pandemic, officials said.

Zalmezak said the city is collaborating with Downtown Evanston to find a new movie operator to take over the space, but it could be 18 months before the selection process ends.

“We need to really make sure we get visitors and attract more office workers and grow our downtown … Also there’s a quality of life issue,” Zalmezak told the RoundTable. “We want to offer within a few miles of most residents the ability to see movies.”

Some Northwestern students say they saw the theatre as a bridge between the University and Evanston, and were especially fond of frequenting the theatre on discounted Tuesdays.

“I had been looking forward to, for almost a year, the day when I could go back to specifically that theatre,” Communication sophomore Nicholas Kinney said. “To find out that it’s never going to come was really saddening. It immediately made me think of all the times I had been there.”

He said he remembers his penultimate visit to Cinemark well. He went to the theatre to see the re-release of the 1933 King Kong, and as he was getting his ticket torn, an employee Kinney knew stopped him.

“He was just so happy to see that I was seeing that movie,” Kinney said. “He told me about his experience seeing that movie in the 50s when it was playing on TV after school and he would watch it with his parents on the tiny TV that he had. It was such a sweet moment.”

After processing the news, Kinney immediately searched for nearby movie theatres he might frequent one day in Cinemark’s stead. But with the nearest theatre miles (and an Uber ride) away, he said he expects the price of seeing a movie in theatres will nearly quadruple for NU students.

“Movies were such a big part of my experience last year,” Kinney said. “Everyone else in college now doesn’t have a local theatre they can see stuff in … that is just so sad.”