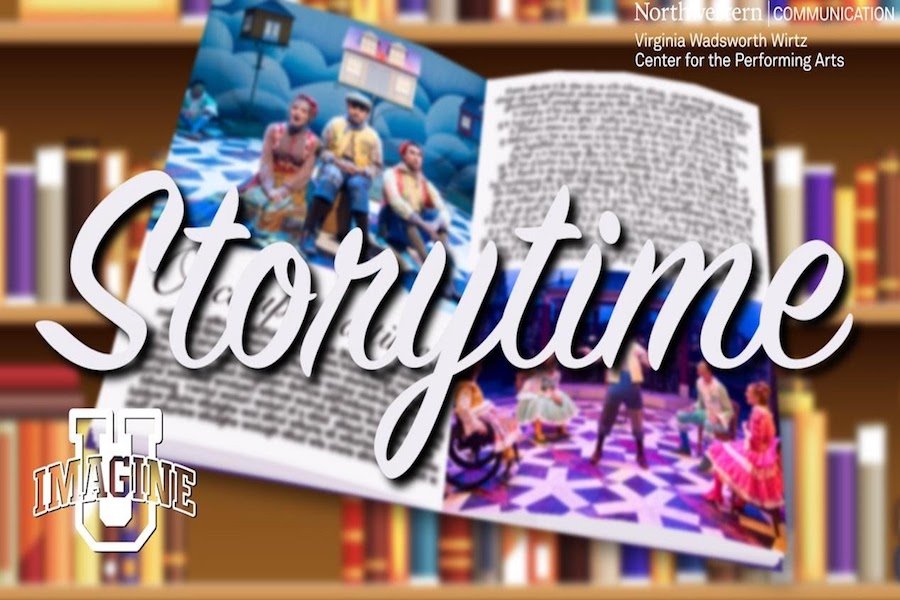 The Imagine U Storytime series. “Wayside School vs. Ms. Gorf” will be premiering on Feb. 28 on their YouTube channel.

What would you do if your teacher turned every student into an apple just for misbehaving?

That’s what the children in “Wayside School vs. Ms. Gorf” have to figure out.

The story, produced by Communication senior Matthew Threadgill, is the latest installment in the Imagine U Storytime series hosted by the Virginia Wadsworth Wirtz Center for the Performing Arts. The storytimes, which were introduced at the pandemic’s onset, are short videos geared toward children put on by theatre students, faculty and alumni. Threadgill adapted “Wayside School vs. Ms. Gorf” from Louis Sachar’s “Sideways Stories of Wayside School.”

“This story was a huge part of my childhood,” Threadgill said. “I thought, ‘I would have so much fun giving the gift of that story to children.’”

Threadgill said he loved the story as a child. It follows a school in which a zany substitute teacher turns misbehaving children into apples, and the children must figure out a way to stop the mayhem.

Threadgill said he thought of producing the story last fall and pitched it to the organizers. After working through the script, he eventually shot the production in one weekend.

Threadgill had no trouble casting the show — he played every character.

“My scene partner was my imagination, and I found that to be so exciting — I found so many new things I can do as an actor,” he said. “I also thought it would be funny to see one person playing all of the characters.”

Artistic Director and Imagine U Founder Lynn Kelso said the virtual storytimes have been going exceedingly well overall. Wirtz has received many emails from delighted viewers expressing their enjoyment of the storytimes.

With the uncertainty brought by the pandemic, Kelso said the virtual storytimes have been “a joy” to put on.

Kelso said “Wayside School vs. Ms. Gorf” is “clever and really very fun,” and she praised Threadgill’s ability to pare it down into a 10-15 minute production.

Theatre Department Chair Rives Collins said he’s been impressed by how the students took each story to the next level through sophisticated editing and storytelling. While the “building is closed, the theatre is open,” he said, and the storytimes have been a wonderful way to connect the community during the pandemic.

“Who knew that almost a year later we’d still be doing this?” Collins said. “But the heart is always the same: it is reaching out to delight and to nurture young people and their families.”

Collins said he is “enthusiastic and proud” of the theatre community and of the Imagine U Storytimes thus far, including the diversity of the programming.

This production will be premiering on the Imagine U Youtube channel on Feb. 28. Threadgill said the experience has been very informative as he looks toward his future.

“I learned a lot about having an awareness of what kids want,” he said. “I’m a huge fan of kids, and I’d love to write for kids in the future, so having that awareness in the back of my mind will be helpful.”

— Born in a pandemic, Imagine U Storytime turns the page on its second season

— Imagine U stages modern retelling of “The Emperor’s New Clothes”