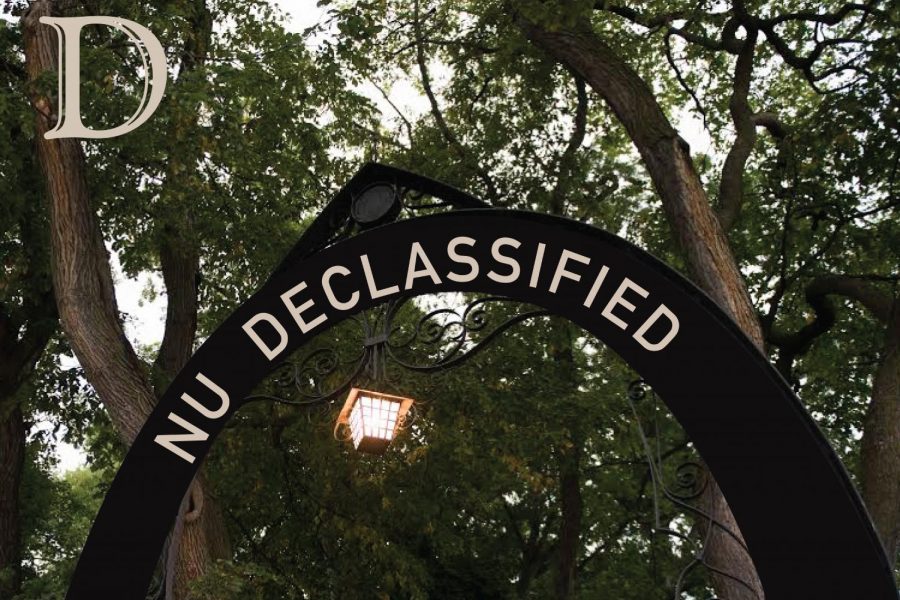 TikTok surged in popularity during quarantine and some Northwestern students found stardom with it. Listen to Northwestern TikTok creators talk about what inspires them, what they create and what went viral.

ALI MCCADDEN: You just heard a sound that Medill sophomore Talia Schulhof made back in August. After TikTok users started using the sound to go along with a new dance, the sound blew up.

TALIA SCHULHOF: Jason Derulo did this dance. China Anne McClain did this dance. It was absolutely crazy, like new people doing it every day and I couldn’t fathom the influence that this sound had.

ALI MCCADDEN: From The Daily Northwestern, I’m Ali McCadden. This is NU Declassified, a look into how Wildcats thrive and survive at Northwestern.

ALI MCCADDEN: If there’s one thing I’ve learned from being on campus so far it’s that Northwestern students love TikTok. I’ve seen people making TikToks at Norris, at the dining halls, in their rooms. It’s everywhere. But have you ever wondered who’s really TikTok famous on campus? I sat down with three Northwestern TikTok creators and got an inside look into what inspires them, what they create and what went viral.

ASHLEY XU: I think it was high school sophomore year, I ran across a video, it was a Vine — RIP Vine — but it was by Zach King. He’s a magician, but with video edits. I was really inspired by him. I thought what he did was super cool. And I decided to Google, “How do you do this effect?” and a ton of tutorials popped up and that’s how I started creating videos.

ALI MCCADDEN: That’s Communication freshman Ashley Xu. Ashley’s TikTok page has nearly 350,000 followers and over 10 million likes. Her content started off with art videos but has since evolved into cinematography with killer transitions and commercial-style videos.

ASHLEY XU: I was inspired by another creator on the platform. Her handle is @gracewellsphoto. She’s amazing. But she started a series on her page where she would create little commercials for random objects that she finds within her house. So I ran across one of those videos, and thought like, “I should try doing this. I think I know how, this seems fun, and it’d be good practice since I’m stuck at home anyway.” So I did. I made a commercial for a clock. And it did moderately well. But what ended up happening was, she saw the video and then she reached out to me asking if she could post it to her Instagram story and give me like a little bit of a shout out. So obviously, I agreed. It was such a nice gesture on her part. But after that happened, I started getting DMs on my Instagram asking  if I did commissions or collaborations. And that’s how I got my very first client.

ALI MCCADDEN: And who was your first client?

ASHLEY XU: It was a makeup brand called BrowsPop. That was my very first official client work. Before that I’d never done actual commercials before. I’d only done little promotions for local nonprofits, like that was all just volunteer work. And then all this TikTok stuff was the first time I actually went into like, officially working with like a client and with contracts and etc.

ALI MCCADDEN: Most recently, Ashley had a can of Sprite sitting in her dorm room from her flight to Chicago to move to campus. On Feb. 7 she posted a TikTok commercial for the Sprite can. Since then the video has accumulated over 4 million likes and nearly 16 million views. I asked her about the level of response she’s received on the video.

ASHLEY XU: It’s definitely been a little overwhelming especially since I definitely didn’t expect the video to do as well as it did, but it’s also proved to be an amazing opportunity for me to connect with other creators and collaborate with businesses who need promotional videos done.

ALI MCCADDEN: Another student, Communication senior Lauren Tran, has found success on TikTok through her Northwestern-themed content and her role as a campus TikTok rep.

LAUREN TRAN: One of my friends had sent me the job link to the TikTok rep position as a joke. None of my friends were into TikTok a couple years ago, and I was like, super into it. So my friend was like “Haha, like this would be so funny if you did this,” and I applied and I got an interview. And then I found out I got the position.

ALI MCCADDEN: So besides the clout, what exactly does being a TikTok rep entail?

LAUREN TRAN: When I first got this job, it was pre-COVID, so there was a big emphasis on events on campus where we would give out merch. We had like TikTok t-shirts, sweatshirts, mugs, things like that, and we would ask people “Hey, make a TikTok and we’ll give you a t-shirt” or something like that. Now that it’s remote, over the summer, there was more of an emphasis on just creating different content that would make people feel engaged with Northwestern. And this fall when it was remote again, it was, again, the emphasis on connecting people to Northwestern and posting about Northwestern and getting the student orgs to post things on TikTok as part of their PR plans.

ALI MCCADDEN: Lauren has over 150,000 likes on her page, many of which come from a video she posted in October of clips of Northwestern with the song “Campus” by Vampire Weekend playing in the background. The video has over 200,000 views.

ALI MCCADDEN: Does that remix sound familiar? It was created by our last TikTok star on campus that I spoke with: Medill sophomore Talia Schulhof. Talia got her big break in March with a video of her face morphing into the woman from the Education Connection commercials. Now, she has over 200,000 followers and nearly 6 million likes. She’s found her niche through the world of TikTok sounds.

TALIA SCHULHOF: The unique part about TikTok is that sounds loop together videos, and it’s the same way that a hashtag might. I loved seeing funny new sounds that people would create, and there were a bunch of them that I wanted to hear and instead of waiting for someone else to create it, I thought I would just make them myself.

ALI MCCADDEN: One of Talia’s first viral sounds to blow up happened in June when she remixed “Super Bass” by Nicki Minaj with the Jewish ceremonial song Hava Nagila.

TALIA SCHULHOF: The funny part is that although it did get picked up by Jewish TikTok and all the Jews were like going crazy, they thought it was so funny, a lot of people that aren’t Jewish were using it not knowing the background of the song, and I think a lot of people found that really funny.

ALI MCCADDEN: The sound has been used in over 81 thousand videos to date, with one of them by none other than Charli D’Amelio herself. Another TikTok star Addison Rae used one of Talia’s sounds, which was Doja Cat’s song “Cyber Sex” remixed with an audio clip of Vivi from Dance Moms. But Talia’s most popular TikTok sound by far is “Tap In” by Saweetie remixed with Doofenshmirtz from Phineas and Ferb, which has over 13 million views and 1.2 million videos.

TALIA SCHULHOF: It took about two weeks before it kind of picked up. And then when it really started getting traction was when this guy made a dance to it called the Doof which was just a term that became a hashtag. And then everyone started doing this dance. Jason Derulo did this dance. China Anne McClain did this dance. It was absolutely crazy, like new people doing it every day and I couldn’t fathom the influence that this sound had. And even the creator of Phineas and Ferb followed me and DM’d me and was like, “You have brought new life into the song that I literally wrote years ago and never thought would ever come to anyone’s mind ever again.”

ALI MCCADDEN: Remixing sounds isn’t the only thing Talia spends her time doing on TikTok. She’s also part of the group previously named TikTok for Biden, now called Gen Z For Change, which has 1.2 million followers. With so many members of Gen Z voting for the first time, the group used its platform to simplify the voting process and educate viewers in an engaging way.

TALIA SCHULHOF: It was just like an amazing communal experience with all these people that shared a love for content creation and TikTok and memes in the same way that I did. And I think that TikTok is really about that sort of community. And it’s definitely something beyond just what you see on your For You Page of people making funny jokes. There’s so much more to it — people using humor and satire to handle our reactions to troubling current events and things that we see on the news, or finding a community of people who are like you that maybe you can’t find in your regular life. I see endless benefits to it. And I think it’s a great platform that if you’re not already on TikTok, which I’m sure most people already are, I think it’s always worth a shot to download and see what it’s all about, because you’re really missing out if you’re not.

— Podculture: TikTok Back to Childhood Fandoms