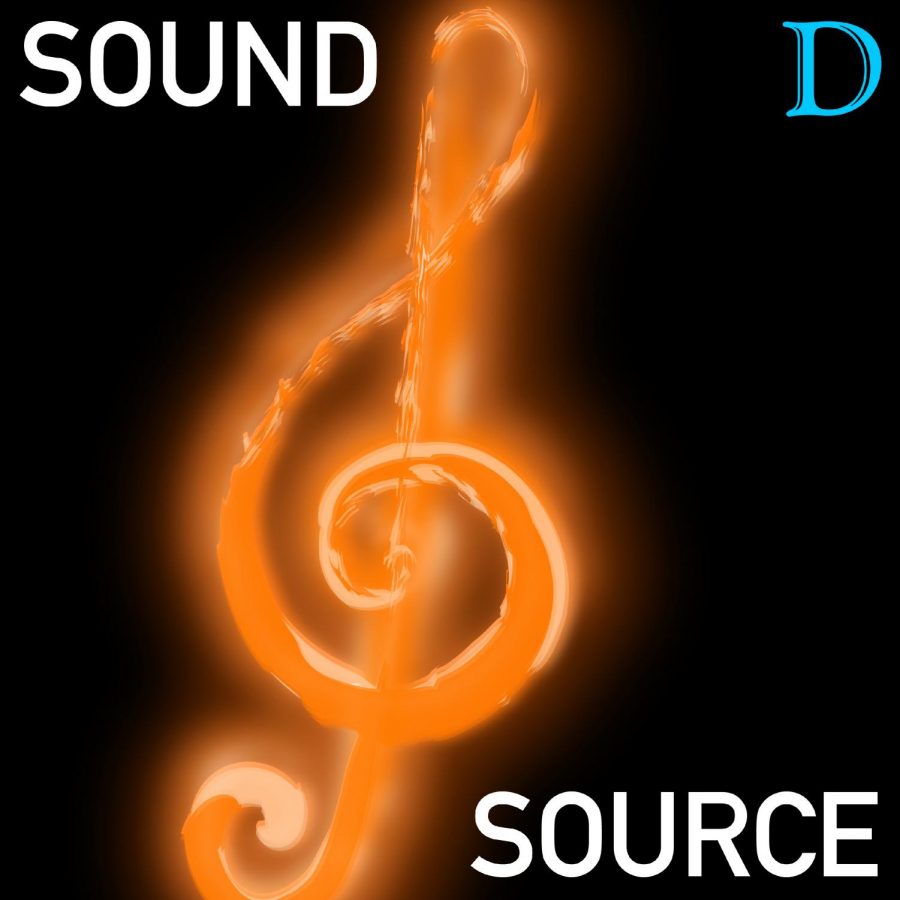 Band Noah Toritto has never rehearsed in the same room or played live. Find out how they wrote “I Know Fish Can’t Really Hurt Me” completely virtually on the newest episode of Sound Source.

DANIELLA TELLO-GARZON: From The Daily Northwestern, I’m Daniella Tello-Garzon. You’re listening to Sound Source, a podcast tuning into music on and around campus. The song you’re currently hearing is called, “THE END,” and it’s the last song on the unreleased album, “I Know Fish Can’t Really Hurt Me.”

The album was made completely virtually by a musical group currently named Noah Toritto who has never played or rehearsed their music live. With three main members and various contributors, the group produces instrumental music that has elements of jazz, blues and rock. Today, I’m talking to Noah Toritto, Seamus Masterson and Jared May about their new album and a few of their singles.

DANIELLA TELLO-GARZON: The name of the album is “I Know Fish Can’t Really Hurt Me.” Noah Toritto, who shares a name with the group, plays the guitar, electric piano, piano, organ and synth in the album. He told me the story behind the name.

NOAH TORITTO: I was at Montrose Beach, actually, and I was discussing with a good friend of mine their extreme phobia of fish. And they turned to me during a conversation and kind of laughing said, “Well, I know fish can’t really hurt me,” and that phrase just kind of stuck with me. I kind of turned that into a bit of a mantra in terms of writing the music and all the kind of irrational fears that come with putting yourself out there creatively. And I was like, “You know what, fish can’t hurt me,” so anytime I doubted myself or whatever that was kind of just a little thing I recalled.

DANIELLA TELLO-GARZON: Due to the pandemic, the biggest challenge the group has had to deal with is that they have never rehearsed their songs in the same room. Everything has been done virtually. But listening, you would never be able to tell that their unique sound — a blend of jazz, rock and blues elements — was produced through computer screens.

NOAH TORITTO: It’s gonna be different than anything you’ve ever heard, but there’s gonna be a lot of things that you’re familiar with within the songs. I think there’s something that everyone can find that makes them feel at home within this album that is very different than a lot of other things out there.

DANIELLA TELLO-GARZON: Ironically, the song “THE END” from the album was released first. As with the other songs in the album, the musicians recorded their parts separately and mixed them together. The song is only a little more than a minute long, and features an acoustic combination of guitar and violin.

NOAH TORITTO: Originally, “THE BREAKS,” which ended up being the second single, was the lead single. We were just talking about it on Zoom one day, and we were just like “You know what? We should release ‘THE END’.” It was a pretty split second decision.

DANIELLA TELLO-GARZON: For Seamus Masterson, the violinist of the group, “THE END” is his favorite song in the album.

SEAMUS MASTERSON: I absolutely love “THE END” with like, everything in me. I think it’s a beautiful song, and it’s probably my favorite piece of music that I’ve played. I just love it so much. And that process was really fun for me too because while I was plucking it, I was like ‘This is not gonna make it, I’m just kind of messing around.” But then I listened to it back, and I was like, “This is pretty interesting,” so, I sent the whole thing.

SEAMUS MASTERSON: I just love listening to that so much.

NOAH TORITTO: It was a nice introduction to who we are and what we were trying to do, and then we had “THE BREAKS” come out a little later, which is a little more representative of what the rest of the album sounds like.

DANIELLA TELLO-GARZON: THE BREAKS is the second song in Noah Toritto’s album. Noah started writing it with his best friend, Jake Bell, who isn’t officially part of the group.

NOAH TORITTO: He’s over at my house, and we’re kind of just messing around with the chords. The chords were originally the B section for a different song on the album. And the more I played it, I was like, “this kind of deserves its own thing.” But I would say, actually, Seamus can take a lot of the credit for bringing that song to what it is. I had the guitar line, and that was kind of the root of it, and Seamus recorded the strings. That’s really when the song took on the life that it has now.

SEAMUS MASTERSON: A lot of those string arrangements kind of created the breaks in the song, those periods of sustained pause. So, that’s kind of a moment where we decided to take off from there. But it kind of added a little bit of framework.

NOAH TORITTO: Yeah, another place where the drums really shine too. I think the drums on that tune are awesome, Charlie did a great job, and I really worked to make the solo at the end work around those rhythmic elements. So, I think it definitely became a pretty unique song.

DANIELLA TELLO-GARZON: One interesting aspect of “I Know Fish Can’t Really Hurt Me” is that none of the songs have lyrics. Aside from choral vocals in one of the unreleased songs, the album contains only instruments. They used guitar, piano, electric piano, organ, synth, violin, bass, synth bass, drums, tenor saxophone and upright bass.

NOAH TORITTO: I think you could gain an appreciation for instrumental music through this album because I feel like a lot of people kind of dismiss instrumental music, just off the bat, they’re like, “If it doesn’t have lyrics that I’m not really interested.” But I think it was kind of an interesting experiment, trying to make songs that were instrumental but also would be captivating enough to the average listener, someone who isn’t a heavy jazz listener or something like that. I think we’ve done that.

DANIELLA TELLO-GARZON: From The Daily Northwestern, I’m Daniella Tello-Garzon. Thanks for listening to another episode of Sound Source. You can find Noah Toritto on most music-streaming platforms such as SoundCloud, Spotify and Apple Music, and the full “I Know Fish Can’t Really Hurt Me” album will be released on March 5th. You can also follow Noah Toritto on Instagram using @noahtorittomusic. This episode was reported and produced by me, Daniella Tello-Garzon. The audio editor of The Daily is Alex Chun. The digital managing editors are Molly Lubbers and Olivia Yarvis. The editor in chief is Sneha Dey.