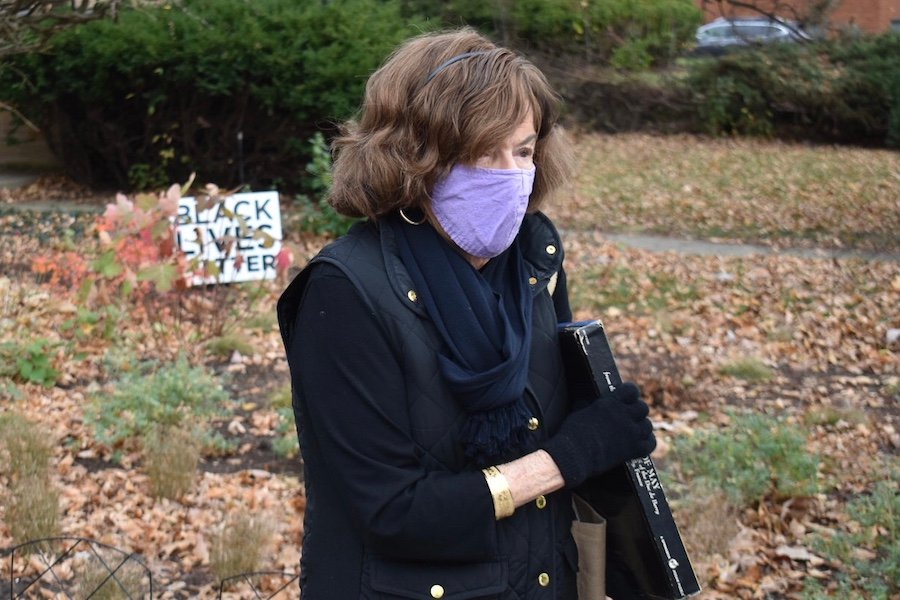 Ald. Ann Rainey (8th). Rainey is projected to lose her seat after 38 years in Evanston politics.

At the League of Women Voters of Evanston’s 8th ward candidate forum last Tuesday, Rainey described Reid, who is Black, as a “very scary person.” She later told The Daily her comment was meant to reference human resources complaints made against Reid for harassment and retaliation. Reid told The Daily Rainey’s comment was racist.

Rainey also told The Daily Reid needed to “straighten out” and “grow up.”

“Every time he speaks, he has to remind us that his parents were in jail,” Rainey said. “Enough, already.”

In response, all three mayoral candidates on the ballot released statements Monday night denouncing Rainey for racism toward Reid. Mayoral candidate and former state Sen. Daniel Biss (D-Evanston) said Rainey’s comments “were harmful and have no place in our community.”

“The racist lie that Black men are scary has done immeasurable harm in our country and reinforcing that lie is dangerous and damaging,” Biss said. “We must continue to call out systemic racism and hold ourselves and one another accountable — especially as candidates and elected leaders.”

Mayoral candidates Lori Keenan and Sebastian Nalls released a joint statement Monday, calling her behavior “unfitting of an elected official and unacceptable in our community.”

“In an effort to show unity and solidarity for Devon Reid and the minoritized communities of Evanston, we have come together to censure her actions as racially insensitive,” Keenan and Nalls wrote. “We must condemn her words to set a precedent that these actions are intolerable.”

Biss was invited to collaborate on the joint statement as well, but had already released his statement before Keenan and Nalls contacted him.

Both Keenan and Nalls spoke in public comment at Monday’s City Council meeting about Rainey’s conduct, but Biss did not attend the meeting. At the time of publication, Rainey remained listed as a supporter on Biss’ campaign website.

Residents also chastised Rainey during public comment at a City Council meeting on Monday, urging council to censure her. Out of 19 residents that spoke, 11 commented on Rainey’s remarks at the forum.

“City Council of Evanston, your constituents need you to address the racist and dangerous speech of your members,” said resident Jacquelyn Lowe. “Calling Clerk Reid ‘scary’ was the invocation of a very old racist trope that has been used to justify violence against Black men for centuries. Silence from the City Council in regards to this will be judged as complicity.”

Resident Trisha Conley asked, “How does the city of Evanston expect to make a commitment to our resolution to end structural racism and achieve racial equity, based on the racially charged remarks made by Alderman Rainey?”

Others spoke in defense of Reid, including 8th Ward resident Julie Burkett, who spoke directly to him during her comment.

“I’m proud to have voted for you for clerk, and I’ve been proud of the way you’ve handled your tenure as clerk, very often with blatant racism and disrespect shown to you on the dais,” she said. “I’ll even be prouder to vote for you as my next 8th Ward representative. I know you will do great things.”

Evanston’s Consolidated Primary Election will be held Feb. 23 for the mayoral, clerk, 4th Ward and 8th Ward races. Early voting began Monday, and will continue through the next two weeks.

This piece has been updated to include additional information about Biss’ response to Rainey’s conduct.

— Veteran 8th Ward alderman has no plans to stop