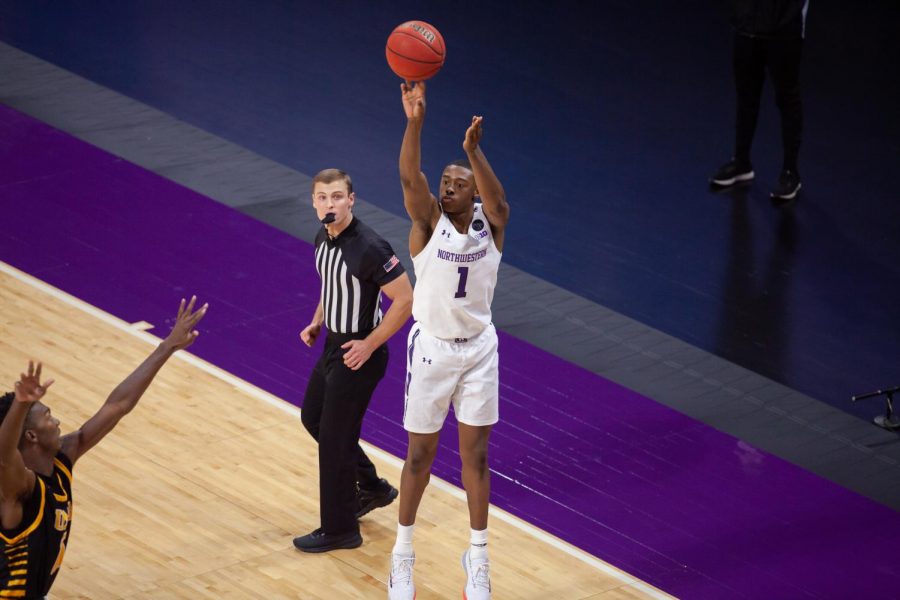 Northwestern’s losing streak has now spanned nine games over six weeks, traversing seven states and following the team from 2020 into 2021. Eight of the Big Ten’s 14 teams have beaten the Wildcats and No. 24 Purdue is the latest squad to add its name to the list.

“It had nothing to do with any kind of punishment or discipline or benching,” coach Chris Collins said. “It was more about just shaking it up a little bit. … We wanted to put our veteran guys out there, our most experienced guys.”

The revamped rotation held its own in the first half, trailing just 35-32 at the intermission after briefly going down 33-20 with just under three minutes left. Nance, Audige and freshman guard Ty Berry keyed the rally, nailing three-pointers on three consecutive possessions to siphon nine points off the deficit.

Purdue, however, regrouped in the second half and responded to every play NU sent its way. Two Nance baskets were neutralized by threes from Boilermakers forward Mason Gillis, ensuring the Cats would draw no closer than 38-37 in the second half. Later, when junior forward Miller Kopp’s three-pointer whittled Purdue’s advantage to 55-51 with 4:26 to play, Boilermakers guard Brandon Newman immediately sank a three to bring the lead back to seven.

Meanwhile, NU committed 15 turnovers for the third consecutive contest, and fouled Purdue so frequently that the Boilermakers entered the bonus just 7:39 into the second half. Purdue wound up taking 24 free throws against the Cats’ 11, of which the Boilermakers made 23 while NU made eight.

“How can we find a way to win these games? It’s just eliminating the self-inflicted wounds,” Collins said. “(It’s eliminating) unforced turnovers or maybe quick bad shots at a tough time when you need to get a better one. It’s things like that.”

The Cats made Purdue work late, forcing the Boilermakers into a five-second violation and a bad pass in the final minute. NU couldn’t get closer than within five points, and two final free throws from Purdue guard Jaden Ivey — whose 20 points led the Boilermakers — sealed the Cats’ fate.

“I thought everyone saw our guys play very hard and (leave) it all out there,” Collins said. “As a coach, that’s all you can ask of them. You just have to execute a little better on both ends in order to win.”

— Men’s Basketball: Northwestern rallies back but falls to Rutgers for eighth-straight loss