Volleyball: Northwestern team activities postponed due to COVID concerns within the program 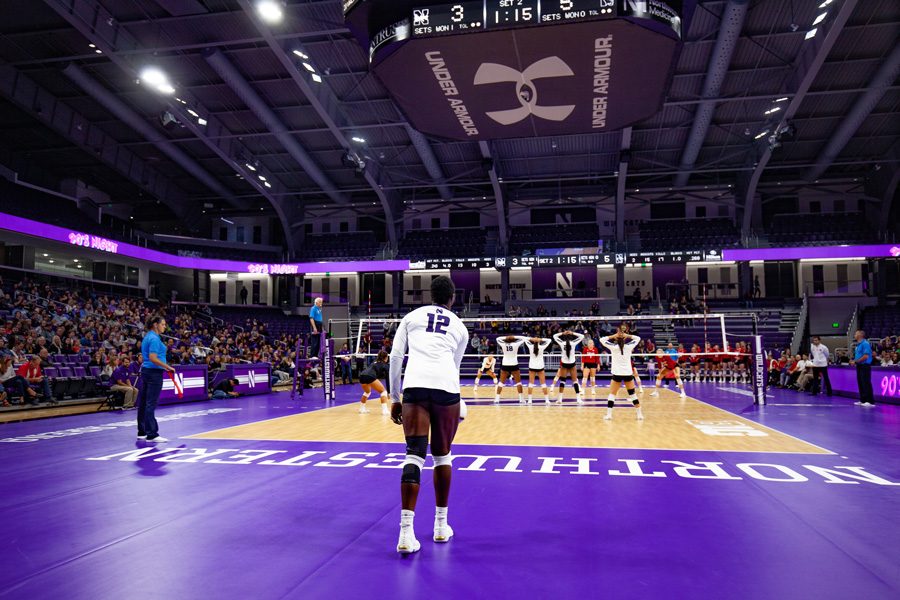 Temi Thomas-Ailara prepares for a serve.

After COVID concerns forced a postponement of Northwestern’s weekend slate against Nebraska on Friday, the team announced this afternoon that it is pausing all activities for cautionary reasons until further notice.

The pause makes it unlikely the Cats will face off against Michigan this weekend, and calls the team’s status in future games into question. The weekend slate against the Wolverines was already unlikely to be played, due to a two week pause on all University of Michigan sports enacted by the State Health and Human Services Department on January 23.

NU started its season just last week with two wins over Rutgers at Welsh-Ryan Arena, beating the Scarlet Knights in straight sets each time. The Cats are set to face off against Illinois on February 9.

— Volleyball: The Cats hope to improve with a conference-only schedule

— Volleyball: Northwestern’s weekend slate of matches postponed due to COVID concerns within the program