Northwestern cheerleader sues University, alleges officials delayed investigation after she was groped and harassed by fans 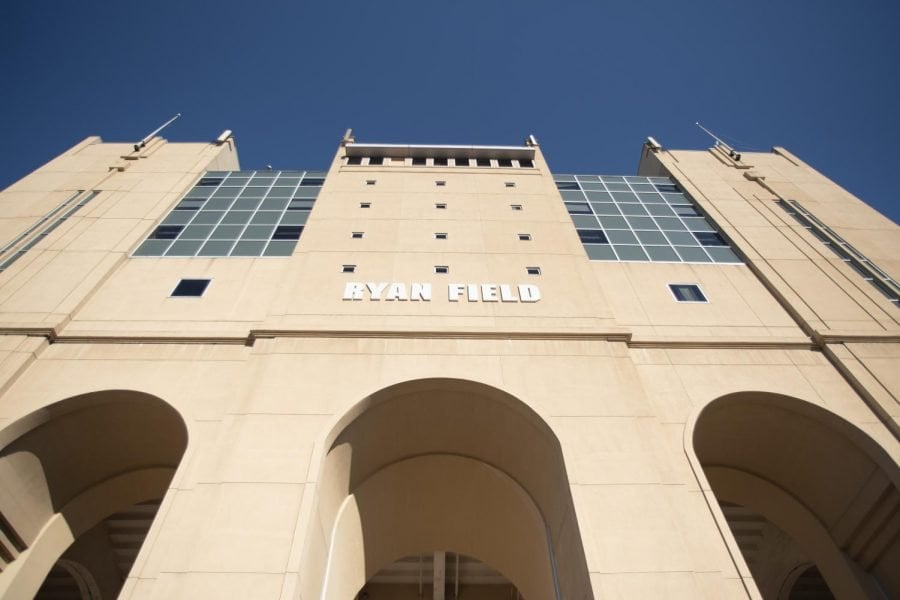 Ryan Field. In a lawsuit against the University, a Northwestern cheerleader alleges she was repeatedly groped by drunken fans and alumni.

Northwestern cheerleader and Weinberg senior Hayden Richardson is suing the University for covering up her claims of harassment, claims she first made to Northwestern’s Title IX office in early 2019. According to Richardson, the University took over a year to open any kind of investigation.

In the complaint, Richardson alleges that former head coach Pam Bonnevier forced her and other cheerleaders to “mingle” with donors and refused to listen to concerns after she was repeatedly groped by older fans and alumni. Now, Richardson is suing the University, Bonnevier and three other University employees, including one in the Office of Equity and two in the athletics department.

In a statement to the Chicago Tribune, a Northwestern spokesperson said the University is “committed to fostering an environment in which all members of our community are safe, secure and free from discrimination or harassment of any form.” Citing confidentiality issues, the spokesperson said they could not confirm any details from the complaint.

— Feinberg prof. files lawsuit against Northwestern, alleging “deliberate and malicious Northwestern will not allow alcohol sales at Ryan Field for 2019 seasonviolations” of contract