Tennis: Northwestern women’s take down No. 8 NC State and No. 16 Wake Forest, men’s upset No. 23 Duke at ITA Kickoff 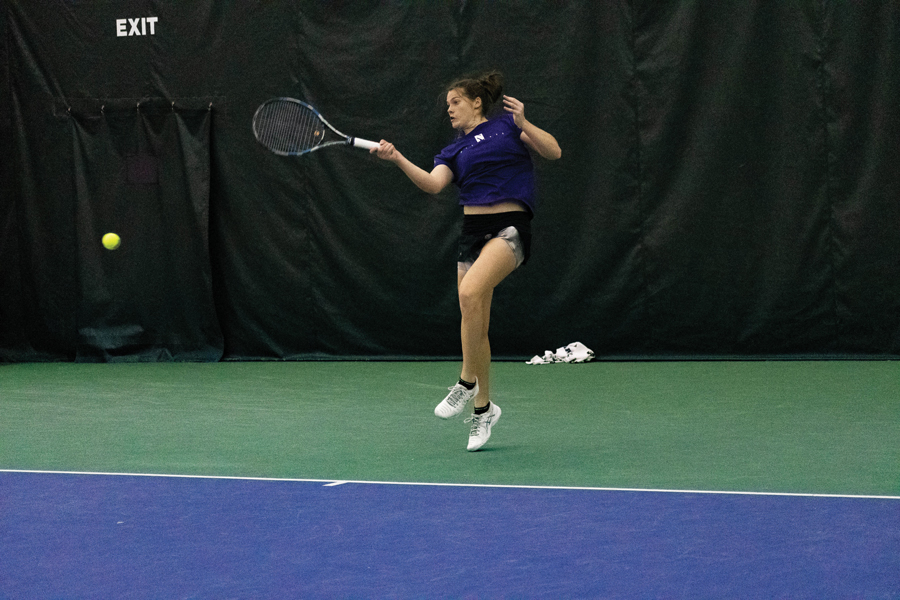 Northwestern tennis got off to successful starts over the weekend in North Carolina, as the Wildcats downed their two opponents in Raleigh and the men upset ranked Duke in Chapel Hill.

NU’s women’s team defeated No. 8 North Carolina State 4-3 on Sunday and No. 16 Wake Forest 4-0 on Monday, while the men’s team lost to No. 2 North Carolina 4-0 on Sunday before rebounding to beat No. 23 Duke 4-0 on Monday. All four matches were part of the ITA Kickoff Weekend event, hosted in the Tar Heel State by the Intercollegiate Tennis Association.

The Cats jumped out to an early lead against the Wolfpack on Sunday, securing the doubles point on the strength of a narrow 7-6 (11-9) win by graduate student Julie Byrne and junior Hannah McColgan over NC State’s Anna Rogers and Alana Smith. The Pack rallied to force a 2-2 tie, however, and the outcome remained in doubt until sophomore Christina Hand downed NC State’s Amelia Rajecki to clinch the victory.

NU found sledding easier the next day against the Demon Deacons, cruising to a shutout win. The Byrne-McColgan duo gave the Cats the doubles point with a 6-2 triumph over Wake’s Anna Brylin and Brooke Killingsworth, and freshman Maria Shusharina, sophomore Briana Crowley and junior Clarissa Hand rounded out the scoring with singles wins.

On the men’s side, the Cats had no answer for the powerful Tar Heels. NU threatened in spots — junior Simen Bratholm and freshman Gleb Blekher both forced third sets before their singles matches were suspended — but couldn’t prevent a UNC shutout.

The Cats, however, recovered to score an upset win over Duke on Monday. Blekher and graduate student Chris Ephron picked up a doubles win, along with Bratholm and senior Nick Brookes. Junior Trice Pickens, Bratholm, and freshman Presley Thieneman won in singles to secure the sweep.

— Connected While Apart: Northwestern women’s tennis bonds over lost season to create a culture for the future