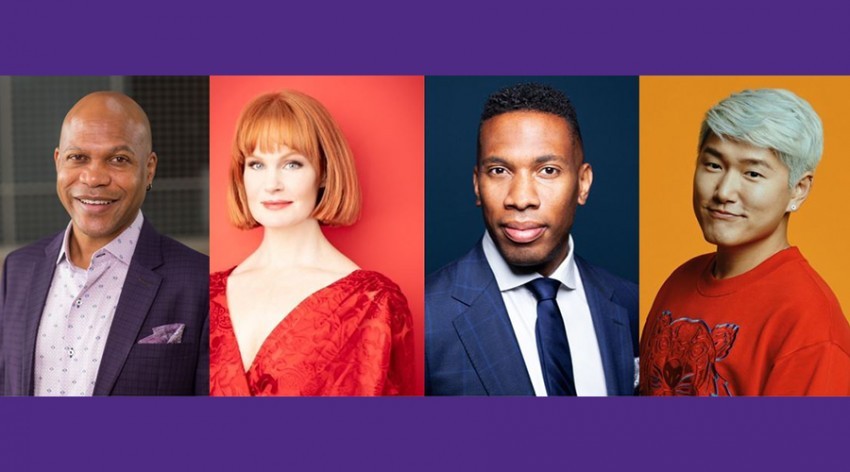 Courtesy of Northwestern School of Communication

The Northwestern School of Communication hosted a webinar Tuesday addressing how the pandemic and social justice are revolutionizing the world’s arts scene.

All three artists were just on the verge of new projects when the pandemic forced their industry shutdowns. Baldwin was in her final tech rehearsal of the musical “Love Life” when she heard the news that Broadway was shutting down. Cox was working in a concert hall in Germany when capacity was suddenly restricted, and two performances later, were fully shut down. Kim had just completed his opening night in Europe when shutdowns rolled in, dashing any hopes of completing his six-show run.

After an adjustment period, practicing, self reflection and new opportunities afforded by virtual performances, Kim said the uncertain date of return to in-person activity has provided a unique chance for him to grow as an artist.

“We’ve done it for one year already, and we know how to prepare ourselves mentally and physically, and how to keep our form,” he said, “I’m staying hopeful.”

Kim said the switch to online performances has had an unintended, positive effect on a certain audience. While some believe opera is mostly enjoyed by older people, Kim said his experience online has allowed him to liven it up and bring it to younger audiences who have begun to love it like he’s never seen.

Like Kim, Cox also said he derives much of his fulfillment from art. No artist is used to putting down their craft for a long period of time, if at all, he said. The challenge for him during the pandemic has been finding out how to express it in innovative ways.

Owing to its online nature, the pandemic provided an abrupt change for many artists, and a segue to create further change in the industry.

Cox said the arts scene at large is long overdue for a reckoning and the time has come for more underrepresented audiences to receive their share of representation.

During the panel, Baldwin also touched upon her involvement in increasing representation for women in the arts. She said she hopes to further the cause by encouraging the panel attendees and other women to join Maestra, an organization supporting women composers in musical theater.

Baldwin said the School of Communication’s focus on racial, gender and other forms of diversity are important to the future of art, and Northwestern’s push for diversity is only a recent advent though its path forward, under Dean Johnson, is bright.

“Dean Johnson is a superstar, and is uniquely poised to lead the School of Communication forward into this era that is embracing the call for social change,” Baldwin told The Daily. “We need to embrace and learn about other playwrights and women and bipoc voices, and there is room to include everybody.”

For Baldwin, she said the conversations she has about issues of representation with her fellow NU graduates is what has pushed her worldview to continuously evolve.

Looking into the future, Cox said that young artists are empowered to redefine the arts scene for the better. Even once the pandemic ends, he said the lessons learned during COVID-19 can be applied to further equity, uplift marginalized voices and bring about radical change and rebirth.

“People need art,” he said. “It should be one of the first things that we should be entering — this new renaissance of art, coming out of this darkness.”

— Put your dancing shoes back on: Northwestern performance groups in the pandemic