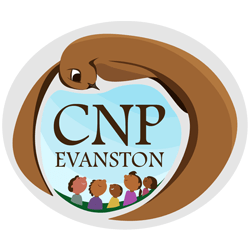 Courtesy of Citizens' Network of Protection

Citizens' Network of Protection. The nonprofit organization held a discussion about alternatives to policing in which Evanston residents discussed the role community-building plays in reimagining public safety.

CNP President and co-founder Betty Ester said in order to avoid conflict and build trust, it is crucial for residents to connect with their neighbors.

“We don’t have that sense, now, of people watching out,” Ester said. “We say this old saying that it takes a village to raise a child, but we don’t do those things… If (we did), we would probably have a better city, a better country, because we would be knowing each other (and) respecting each other.”

CNP board member Neal Weingarden echoed Ester’s point, adding that welcoming new residents into a neighborhood is an important part of building community. Weingarden said long-time residents can share their knowledge with and be a resource to newcomers.

8th Ward resident Evangeline Semark said her neighborhood is working on creating a connected community through a small Facebook group, where members are getting to know one another and having conversations about alternatives to calling the police. Karen Courtright, another Evanston resident, added she believes community-building will be all the more important after the pandemic.

“I think it’s going to take a real concerted commitment to get that block party going, make sure everybody gets invited, (and) move toward knowing who everybody is,” Courtright said.

Ester also emphasized the importance of properly assessing situations prior to involving police. When deciding whether or not to call the police, residents should ask themselves whether someone is in danger, whether they see violence or whether there is a weapon present, Ester said. If the answer to those questions is “no,” residents should consider alternatives to calling the police.

Evanston resident and 8th Ward aldermanic candidate Matthew Mitchell raised the possibility of having community mediators, who would help community members resolve conflict through conversation. Mitchell said he was a community mediator in the past and was impressed by the results of the program.

“A program like this can kind of give people the tools of conflict resolution without an outside police force,” Mitchell said. “It’s certainly not the solution to everything, but for chronic neighborhood disputes…, (a formal mediation program), I think, has a lot of potential in Evanston.”

Ester said it is crucial to get more residents, especially the youth, involved in dialogue to create widespread change to systems of public safety in Evanston.

“It will take all of us, and we will be working at this for quite a long time,” Ester said.

5th Ward resident Rebeca Mendoza said she believes adults in the community should be motivated to create change for younger generations. She urged residents to take responsibility for the community’s issues and work together to fix them.

“We’re going to keep going around in circles until we recognize that if we don’t have peace, it’s because we forget that we belong to one another,” Mendoza said.