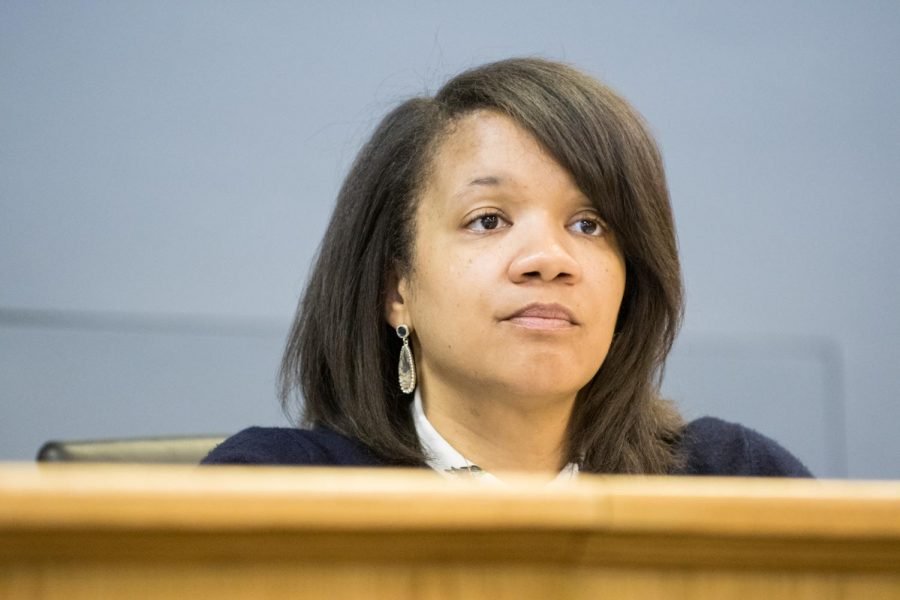 If justice is never attained, repeated cycles of racial reconciliation are a “twisted form of entertainment” at the expense of Black people, Ald. Robin Rue Simmons (5th) said during a virtual discussion Tuesday to commemorate the 2021 National Day of Racial Healing.

Tiffany McDowell, director of the Equity Institute, emphasized that acknowledging oppressive systems is an important step to begin the process of racial healing.

“Over the past few weeks, we’ve definitely seen instances where White supremacy culture and just out-and-out racist behavior has been on display,” McDowell said. “But what we are challenging ourselves to do now is to find ways to center ourselves in those traditional practices of healing, because we know that when harm is done, there has to be some way to repair that harm.”

Rev. Dr. Michael Nabors, a moderator at the discussion and president of Evanston’s branch of the NAACP, said racial reconciliation cannot be achieved without justice.

Still, racial disparities such as the household income divide between Black and White residents and the racial health gaps exposed by COVID-19 continue to plague Evanston, Rue Simmons said.

Monica Haslip, founder and executive director of Little Black Pearl, a nonprofit on Chicago’s South Side that provides art and design opportunities to youth, echoed the sentiment that justice and reconciliation are connected.

“We need to make sure that we’re doing the head work as we’re doing the heart work,” Haslip said. “If you’re sitting in a seat of power, and your heart is not changed, then you’re going to make the same decision, and so justice never happens.”

Nabors then brought up the Jan. 6 insurrection at the U.S. Capitol, asking about society’s ability to work toward justice in the face of blatant racism.

“Even though we have not gotten to where we need to be as Black people in this country, I think that the progress that was made somehow created this monster,” Nabors said.

Rue Simmons said a bulk of the work that must follow incidents like the Capitol insurrection and George Floyd’s murder lies in the hands of the White and non-Black ally community.

After Nabors asked how individuals and communities can engage in racial healing, Haslip said she has never regarded her community as anything but a “tremendous asset.”

“You can change what happens in the space that you’re in as a result of your own commitment to it,” Haslip said. “There is nothing magical about what I do, or anybody that’s (has) had any amount of progress done. It’s real determination and commitment and love and care — the reality that you care enough about your community and yourself to make a commitment.”

— “Generations of pain”: the road to reparations in Evanston