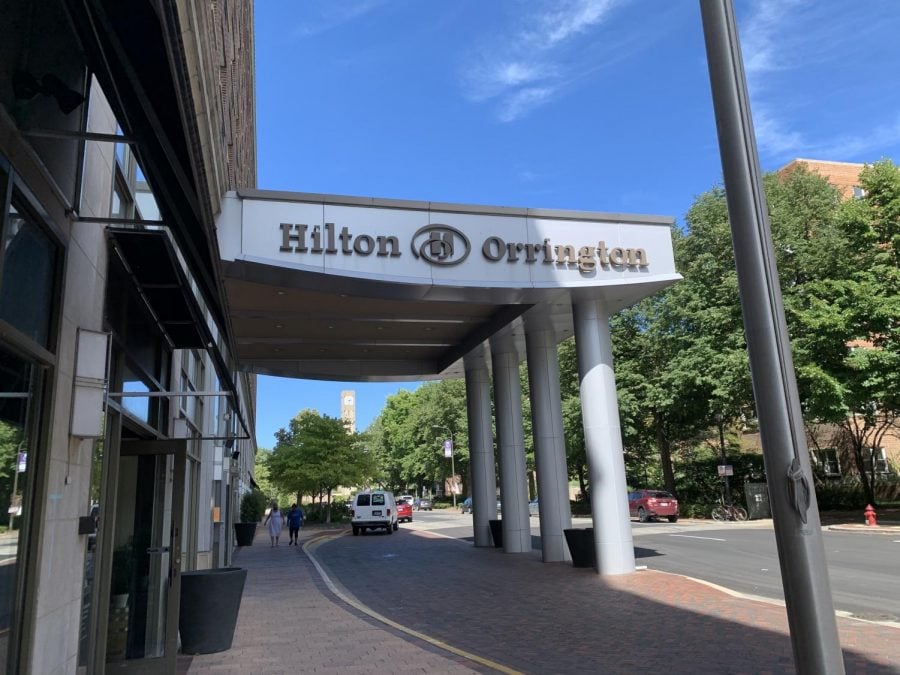 According to a Nov. 18, 2020, email sent to customers with upcoming reservations, the hotel was temporarily shutting down and canceling all reservations. The email, signed by the Hilton Customer Care Team, said the customers would not be charged and offered to connect them with other hotels in the area.

“Due to the current travel environment, Hilton Orrington/Evanston has temporarily suspended operations and unfortunately will not be able to honor your reservation,” the email read. “Please accept our sincerest apologies for this short notice on the travel disruption and any inconvenience this may cause.”

A Nov. 2020 report from the American Hotel & Lodging Association predicted 71 percent of the 1,200 hotels surveyed will not be able to make it to May without more government aid. In Illinois alone, AHLA found 26,124 hotel-related jobs have been lost due to the pandemic.

Weinberg freshman Madison Dieffenbach, who drove up to Evanston from Maryland and initially had a reservation at the Hilton Orrington/Evanston for move-in, said her family was “freaked out” about finding a new hotel reservation. After receiving the cancellation email, Dieffenbach said they had little time to look for other available hotels.

“My mom had to find a different hotel, but then two other hotels also canceled our reservations,” Dieffenbach said. Instead, she ended up staying at the Holiday Inn Chicago North-Evanston.

Dieffenbach said the cancellations led to uncertainty and stress leading up to move-in. She said she worried NU might cancel housing as well because three hotels had canceled her reservations.

The Hilton Orrington/Evanston’s closure was not seamless, according to Medill freshman Gabrielle Khoriaty. Khoriaty, who flew in from Florida and had a reservation at the hotel, said her family did not receive the cancellation email and arrived at the hotel last week to find signs on the doors informing them it was closed.

“It’s startling to get to a hotel that you have a reservation at and see signs that it’s not open,” Khoriaty said. “It was really surprising after a long day of traveling.”

Khoriaty and her family were able to find a room at the Hilton Garden Inn Chicago North Shore/Evanston, which luckily still had rooms available for the move-in week. Khoriaty said front desk personnel told her family they were not the first ones to come from the Orrington.

According to the website, the hotel plans to reopen on Jan. 25 after its two-month temporary closure.

“These are difficult times for everyone affected by the COVID-19 pandemic, and we thank you for understanding,” the hotel’s email closed. “We look forward to the reopening of Hilton Orrington/Evanston and welcoming guests back.”