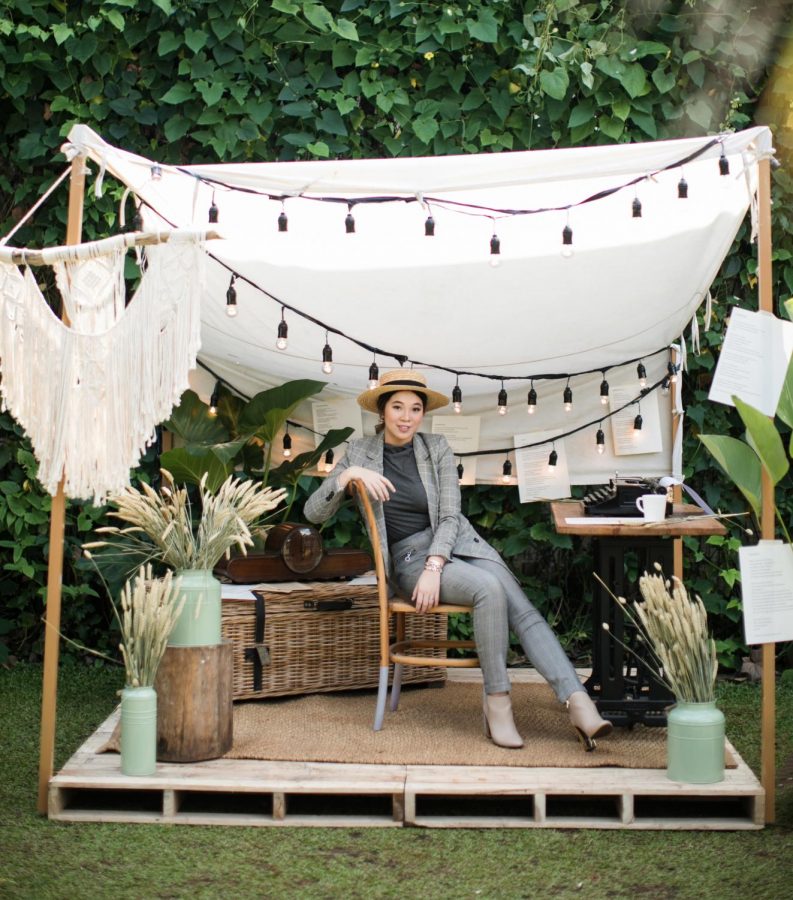 Natasha Sondakh (SESP ’22). Sondakh’s debut novel, “She Smells of Turmeric,” will be published at the end of April.

In just four months, Natasha Sondakh (SESP ’22) wrote her debut novel, “She Smells of Turmeric,” while juggling classes and learning how to market her book.

The fictional novel follows an Indonesian-American girl who moves to Indonesia after her father’s death. As she experiences Indonesian culture and meets new people, she soon realizes nothing is as perfect as it seems and finds herself in the process.

“As a kid, I saw a lack of Southeast Asian representation in Western literature,” Sondakh said. “I felt really insecure because my country was not represented at all.”

This led Sondakh to produce a piece of art that drew from her personal experiences as a woman of color. She began by writing sticky notes for each chapter, lining them up on her desk and envisioning the story arc before letting herself write freely.

Sondakh said she drew inspiration from real life, whether it is a place she has been to in Jakarta or a person in her life.

“Each character has its own distinct voice,” she said. “I try to keep it as real as possible because this is about a lot of people’s lives.”

Sondakh worked with editors and a publisher through the Book School program at the Creator Institute, which helps first-time writers publish their books. She said she has learned a lot from her editors through the process.

As Sondakh’s developmental editor, Anne Kelley said she helped Sondakh brainstorm concepts and would build upon those ideas each week to make her book “as riveting as possible.”

“There were moments when it was tricky, any writer hits a wall once in a while, but we always worked through the writer’s block together,” Kelley said. “I would motivate her every chance I could get, not only because a confident writer is one that writes more, but also because we became friends over our time together.”

Because of the time difference between Kelley and Sondakh, who lives in Indonesia, Sondakh  would sometimes be working with her as late as midnight.

Stephanie McKibben, Sondakh’s marketing and revisions editor, would read through the manuscript line by line, searching for continuity errors and working to make the book “as professional as possible.”

“Natasha was incredibly organized and is a real joy to work with,” McKibben said. “She brings a lot of enthusiasm to her project… and that enthusiasm has never waned — her story is going to be a really wonderful story.”

For readers outside Indonesia, the book will be available on Amazon at the end of April. Sondakh said she hopes her book has an impact on her readers, leaving them with more hope than when they started.

“(There’s) this hope that humanity is a lot warmer than we think it is,” Sondakh said. “Having that warmth and positivity in literature, while at the same time being relatable and not too oddly idealistic, is very comforting… (and) I hope people feel the same way.”