Black and brown parents pressure D219 board to address racism 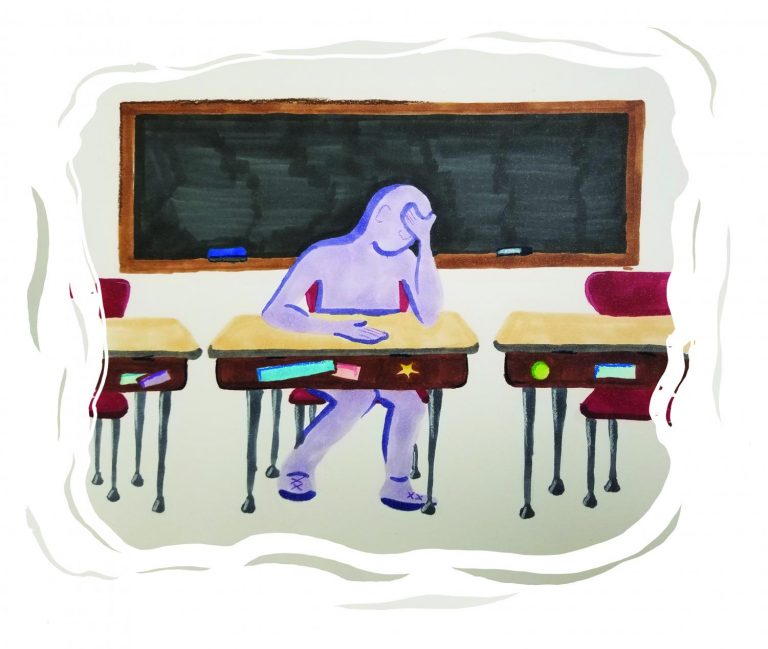 Sixty-four percent of D65 students with Individualized Education Plans were placed in a general education setting for 80 percent or more of their time this year, up from 56.8 percent last year.

Black and brown parents from Niles Township High Schools District 219 demanded the superintendent and school board members address racism in the district and implement policy changes to create more equitable institutions at a Tuesday press conference outside the district’s administrative building.

Michael Nabors, president of Evanston’s chapter of the National Association for the Advancement of Colored People, spoke at the meeting, alongside current students and parents, and former faculty members.

Nabors said concerned parents and educators in the district contacted the Evanston NAACP branch two months ago expressing concerns and frustrations about the “ill treatment of Black and brown people in District 219.”

“Black lives matter,” Nabors said. “The inequities in the education of our children will not continue. The mistreatment of our Black educators will not be accepted. The willful neglect regarding the concerns of our Black and brown families is hereby rejected. The history of benign neglect for the rights of Black people in District 219 will not continue one day longer.”

According to a statement written by a group of D219 parents, community members have submitted over 150 public comments since June of last year, which the parents say the district has not addressed.

In the fall, the district took down a Black Lives Matter sign after facing community backlash. Last October, the board voted 5-2 on a resolution that sought to effectively silence board member Jill Manrique, who has a track record of speaking out about social justice and racism in the district.

Parents, students and educators said in over-policing Black and brown students in schools, the district puts students at risk by maintaining the “school-to-prison pipeline.” Some speakers called the district to hire more social workers, nurses, psychiatrists and other school workers in place of school resource officers.

The D219 board has discussed removing Skokie Police Department school resource officers from Niles West and Niles North high schools in the past six months, but has not moved forward with a removal plan.

According to data Sangha-Gadsden obtained through the Freedom of Information Act, in the period between the 2015-2016 and 2019-2020 school years, Hispanic students consistently made up almost a quarter of all infractions, while only comprising 15 percent of the district’s student population. At around eight percent of the student population, Black students made up between 13 and 21 percent of all incident infractions.

Sangha-Gadsden said she also saw a decrease in the district’s Black student enrollment each year.

“These numbers reveal incredible bias in not only how the behavior of our children is interpreted, but also reported and written-up to court systems that they do not keep track of,” Sangha-Gadsden said. “We have found District 219 guilty of treating our Black children as adults and not children, as criminals and not scholars.”

Former Black faculty members spoke at the event and cited a hostile and discriminatory work environment as reasons for leaving the district.

Tasha Nemo, an English teacher in the district between 2012 and 2018, and said none of her students had learned from a Black teacher before. When she taught social justice and anti-racism, Nemo said students, staff and faculty questioned her authority and intellect. She said without the support of school administration and the teachers’ union, there was no “safe place in D219 school buildings.”

And as a result, a wave of Black staff members left the school, Nemo said.

“The lie was told that Black teachers didn’t want to stay, instead of facing the truth that the school culture was racist and anti-Black, and we weren’t truly wanted at the school,” Nemo said. “Every year things only got worse, and eventually most of us left.”

In August of last year, the district released a statement denouncing racism, and another in December denouncing hate. But parents demanded the district implement concrete changes, including hiring and retaining Black and brown staff and creating a safe and supportive working environment.

The group also demanded the implementation of non-Eurocentric courses to honor the historic contributions of Black and brown people, as well as the removal of educational barriers for students by de-tracking classes and revising grading policies.

Jasmine Sebaggala, who has two daughters in Skokie schools, said the district needs to stop “clamming up” during conversations about race and inequity. She said the group expects each point in their statement to be addressed, and urged the board to make “culturally responsible” decisions.