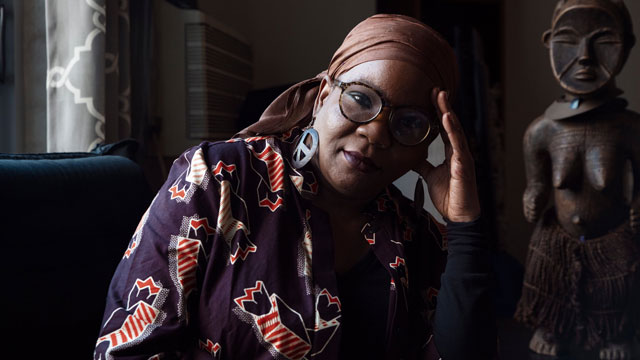 Mariame Kaba is an activist and prison-industrial complex abolitionist. On Wednesday she addressed an audience of over 1,000, supporting student organizers and the campaign against University Police.

The keynote, which was broadcast to over 1,000 attendees, began with a virtual performance of “Lift Every Voice and Sing” by Northwestern Community Ensemble members and alumni. Kaba then delivered her speech in which she laid out core tenets of abolitionist practice, tying the current movement to King’s principles.

“Abolitionists have a lot to learn from Dr. King,” Kaba said. “If King were alive today… I have no doubt that what he would be addressing in our current historical moment is the violence and destruction of the prison-industrial complex.”

Hosted in the wake of months of protests and pressure from NUCNC, Kaba’s keynote directly endorsed the principle demands of NUCNC’s campaign, including divesting from policing entities and re-investing in “life-giving institutions.”

“The MLK keynote is a long-standing tradition of commemorating Dr. Martin Luther King’s vision of racial and economic justice,” the McCormick fourth-year said. “We hope this event can be an opportunity to learn how we can challenge ourselves as a society to listen to the most vulnerable members of our community and how we can build a community upon accountability and care.”

The prison-industrial complex abolition movement hinges on two key principles, Kaba explained: the belief that police perpetuate — not mitigate — harm and the practice of mutual aid.

Mutual aid — or the extension of community-based assistance, services, funds and care with no requirements or expectations of the recipients — was a core tenant of the Montgomery Bus Boycott, she said. In order to provide boycotters a viable transportation alternative, the community coalesced to create an elaborate rideshare system and provide parking, funds and other forms of support.

King also frequently spoke out against police brutality, Kaba said, adding that King was jailed 29 times during his lifetime for civil disobedience and related infractions.

In her work, Kaba has focused on ending the racialized and gender-based institutions of violence, maintained by policing, prisons and surveillance.

However, Kaba emphasized, prison abolition is more than just the dissolution of what she calls “death-making institutions.” A crucial piece is rebuilding a system that celebrates the flipside — “life-giving institutions,” or systems that offer support, accountability and care to communities.

“I’m a (prison-industrial complex) abolitionist really, in its simplest terms, because I want to dismantle a system predicated on premature death,” Kaba said. “And build one instead focused on life and true safety.”

“Abolition is an alternative in the making”

Kaba devoted the second half of her keynote to providing calls to action and strategies for learning and practicing abolitionist theory.

Kaba presented a list of action items she curated, which include writing letters to incarcerated people and joining phone zaps to advocate for improved prison conditions.

Kaba specifically addressed the existence of campus police — which NUCNC has committed to abolishing — saying campus police “as we know it” originated in the late 1960s “to quell campus uprisings” of the civil rights movement.

She said campus police have become “harassers of marginalized groups of students who have gotten onto campus since the death of King” while also failing to adequately protect students from issues like sexual violence.

“Policing, rather than a modern civilized institution committed to law and order and evolving over time… has been exposed as an ongoing settler-colonial project, organized through terror, violence and control,” she said.

In the final minutes of her speech, Kaba, who briefly attended Northwestern, directly addressed NU Community Not Cops to endorse their work.

In addition to imploring campus administrators to take student demands seriously, she emphasized universities, especially those with large endowments such as NU, are places where major changes including police abolition can and should be seriously investigated.

“For those currently organizing on campus under the banner NU Community Not Cops, you are doing the essential work of this time,” Kaba said. “Those of you who haven’t joined the struggle, what the hell are you waiting for?”

This story has been updated.