Women’s Basketball: Game against Rutgers postponed due to COVID 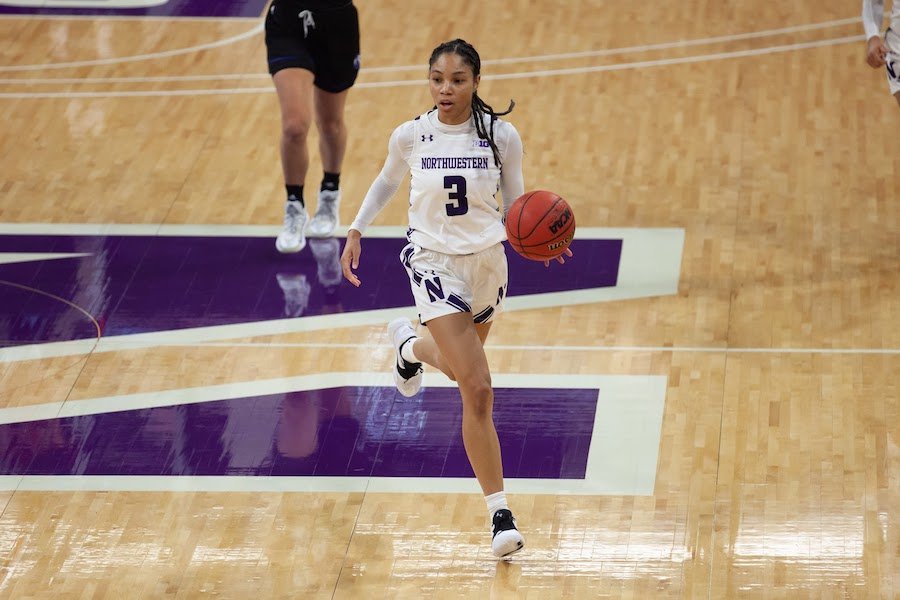 Sydney Wood sets up the offense. The postponement of the Cats’ January 14 game at Rutgers gives No. 22 Northwestern an eight-day hiatus.

No. 22 Northwestern’s January 14 matchup against Rutgers has been postponed due to COVID concerns, Rutgers Athletics announced on Tuesday.

The postponement is the first alteration to the Wildcats’ Big Ten schedule. This is the third consecutive game Rutgers has postponed; the Scarlet Knights postponed their previous two games, against Purdue and Ohio State, due to internal COVID concerns. NU and Rutgers are also scheduled to play on February 11 in Welsh-Ryan Arena.

Coming off a historic 2019-20 season that culminated in winning the Big Ten regular season title, the Wildcats picked up where they left off to start their 2020-21 campaign. NU won its first four games, each by a margin of at least 16 points,  and reached as high as 15 on the AP Top 25 poll. After consecutive losses to Nebraska and Michigan, the Cats rebounded with double-digit victories over Wisconsin and Iowa and ranked 22nd in the latest AP Top 25 poll.

NU’s next opportunity to extend their winning streak will come Sunday against Penn State, a team that the Cats routed twice last season.

— No. 22 Northwestern’s defense leads the way against Iowa

— Sydney Wood emerging as one of Northwestern’s most consistent players