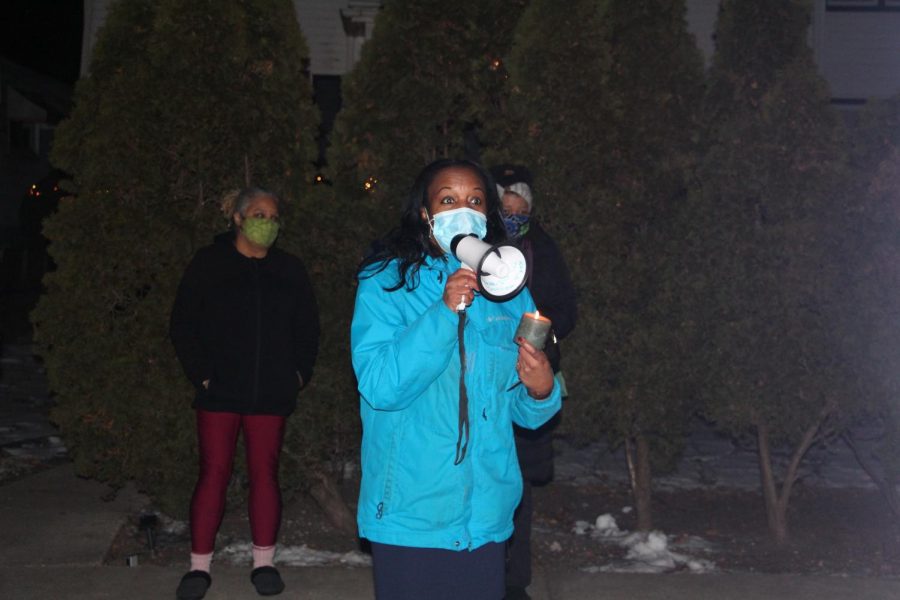 While Murray was answering questions about her campaign, the intruder unmuted themself and started voicing repeated racist and derogatory attacks against Murray, as well as the Democratic Party. The individual also used the Zoom chat section to type racial slurs in all-capital letters and make direct threats against Murray’s life and the lives of other Black people.

Over 40 people from the Evanston community gathered near Murray’s home within hours of the incident to show their support for the candidate and stand against White supremacy.

The online intruder identified themself as a Donald Trump supporter, repeatedly writing “TRUMP 2024” in the chat. They also released the personal addresses of some call participants.

“I stand in solidarity against any form of racism against anybody,” Cook said. “It’s important that we all stand for people of color. It’s a very difficult time in America, and it’s time for all of us to stand up as brothers and sisters.”

Following the incident, the DPOE issued a statement that said, “No one should feel unsafe in participating in the political process, especially as a candidate for public office in Evanston.”

The DPOE then said it would improve security protocols and privacy for future online events. The Zoom call Sunday was accessible to the public through the DPOE Facebook page and website, and through individual candidates’ social media accounts.

They also promised Murray a second opportunity to participate in the endorsement interviews.

In the past, Murray had worked with her son, Justin, to reduce gun violence in Evanston. In 2012, Justin was shot and killed in Evanston. Following his death, Murray was invited to President Barack Obama’s 2013 State of the Union address, and garnered national attention for her fight against gun violence.

Murray said along with her race, she suspects her affiliation with the Obamas made her the target of these attacks.

“It brings back the feelings that I had when my son was first killed, and how traumatizing it was to not feel safe in your neighborhood,” Murray said.

Along with Cook and members of the Democratic Party of Evanston, local anti-racism activists spoke out against the attack.

“We as a community have been trying our damnedest to be loud, be proactive and be forward-thinking,” Karla Thomas, an Evanston activist and a Northwestern graduate student said. “There have been eyes on Evanston, and that makes anyone of color, and particularly Black and Indigenous folks who choose to run in the community, a target.”

— In the shadow of her son’s death, Evanston mother helps remove over 200 unwanted guns from Evanston homes, streets