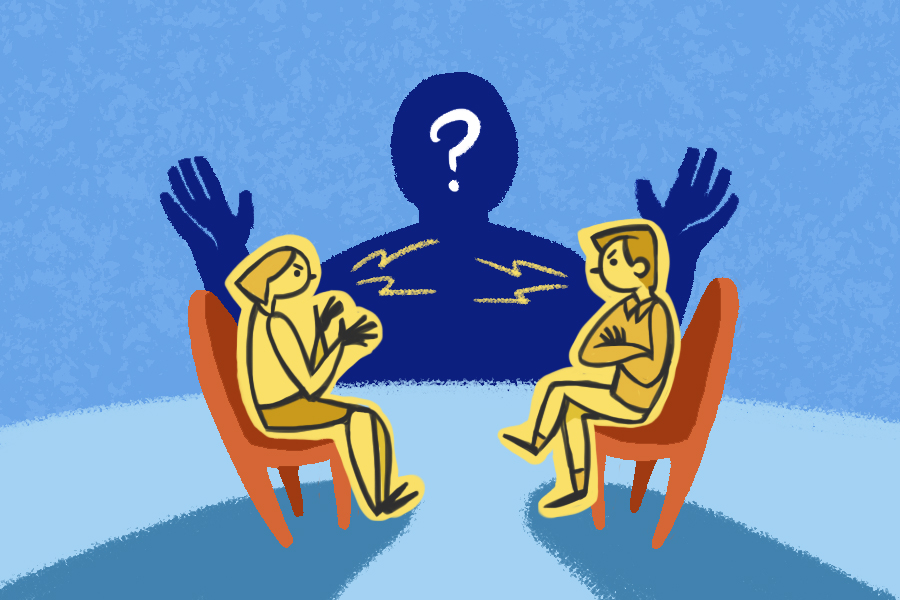 Almost five years after the Faculty Senate passed a resolution recommending an ombuds program at Northwestern, the University is finally making headway on dealing with conflict resolution issues.

The University’s first move came when the Faculty Senate passed a resolution recommending the establishment of an ombuds program in March 2017. Then, former Provost Jonathan Holloway announced plans to create an Ombuds Office at Northwestern and hire a professionally trained ombudsperson by the 2020-21 academic year after years-long calls for conflict resolution reform.

But when the pandemic hit, Provost Kathleen Hagerty said the University had to delay their plans.

The first challenge was finances, as the University faced a budget shortfall in spring 2020 and imposed a hiring freeze. The second was that the ombudsperson — who would focus on student group outreach and learn on the ground about campus life — would have arrived on an empty campus.

Now, the University is going full-steam ahead on the search, with the official job description posted in late Fall Quarter. But with the pandemic slowing down the search, some members of the community have questioned the University’s lack of urgency to fill the role.

An ombudsperson at Northwestern will act as a “neutral, independent, impartial and confidential” resource for members of the community, offering assistance on academic and work-related issues and conflicts. This includes directing individuals to the appropriate University policies and resources or acting as a third-party conciliator for two conflicting parties.

The ombudsperson position, set to be filled by mid-summer 2021, will report directly to the provost.

Hagerty said the community perceived a need for someone to help with conflicts or questions, especially when they felt uncomfortable going through the “normal channel” of speaking with a supervisor.

Oftentimes, Hagerty said these conflicts would be handled by a dean’s office or department chair. But there are times that these bureaucratic leaders may take sides, so they’re not viewed as a neutral party, she said. An ombudsperson could help an individual advocate for themselves when they’re reluctant to confront a supervisor and give them more agency amid these complicated power dynamics.

Another possibility is that a community member may need advice on how to manage a conflict — not necessarily to mediate, Hagerty said, but to talk strategy.

“Sometimes they just have a problem and they don’t know where to go,” Hagerty said. “What they want is someone who’s got no dog in the race.”

Celina Flowers, assistant provost for faculty, served as the Ombuds Program Taskforce chair, leading the development of the position description and undertaking the search process.

A recurring theme the taskforce heard, Flowers said, was how difficult it could be to navigate the University to understand who was there to assist an individual experiencing a conflict in real-time. An ombudsperson would be a source to help individuals not only work out their issues but help figure out what resources they can use within the University to address their issue.

“The main takeaway point from this is that the Ombuds Office is an investment in the well-being of our community,” Flowers said. “Our overall goal is to help all members of our community have the most rewarding and fulfilling experience during their time at Northwestern. We see this role as a really important contributor to that.”

The current landscape for conflict resolution

The framework the University has right now is what Flowers called a “constellation map” of resources and offices designed to help individuals resolve issues of concern. However, she said there isn’t a central point person to help navigate through them.

This “map” includes the Office of Human Resources and the Office of Community Standards, she said, but also many policies that guide expectations for behavior and engagement with others across the University.

“The beautiful thing about an organizational Ombuds Office is that it’s designed to sit in between these formal offices and policies,” Flowers said. “By design, it’s an informal resource that doesn’t oversee, doesn’t implement, doesn’t enforce University policies or procedures.”

The only precedent for an Ombuds Office at NU lies within the Feinberg School of Medicine. Feinberg Prof. Lisa Rone has served as the medical school’s ombudswoman since 2013, and started sharing the position late last year with Dr. Ike Okwuosa, assistant dean of medical education.

As a Feinberg-specific ombudsperson, Rone said some issues that have been brought to her include interactions that students or residents find to be damaging to their learning environment. These could be personality conflicts, miscommunication, intimidation of students by their superiors or racial discrimination.

According to Rone, NU’s undergraduate and graduate schools have rotated professors in the past to act as ombudspeople. Though not involved in the search for a University-wide ombudsperson, she said the job probably entails a more broad knowledge of the University’s structures in addition to being skilled at communication and conflict resolution.

“Issues in medical training may be far different from issues that might come up in a Ph.D. program in humanities, for example,” Rone wrote in an email to The Daily. “And it would be critical to understand the unique aspects of the situations.”

As president of the Graduate Leadership and Advocacy Council in the 2017-18 academic year, she took on the initiative herself in response to students at the time reaching out to the organization with conflicts they faced between advisors, faculty or each other. She said students were either unsatisfied with the conflict resolution avenues in place at the University or unwilling to engage with them.

“At every step of the way, a faculty member is serving as a mediator,” Peko-Spicer said. “So students were concerned about bias.”

After looking through past GLAC survey reports, Peko-Spicer discovered students had been calling for conflict resolution reform or some type of third-party mediator “almost every year” since 2004. The momentum in these calls for an Ombuds Office motivated her to do something about it when she stepped into her role as GLAC president.

But Peko-Spicer said she and her fellow graduate students were met with pushback from senior leadership and administration who felt like they were “blowing things out of proportion.” It wasn’t until they realized faculty were also calling for the creation of an Ombuds Office that they began making headway with the University.

When Holloway announced the University decided to move forward with creating the office, Peko-Spicer said it came as a shock to her and the other graduate students involved in the process. She said she questions how much an Ombuds Office would act to serve graduate students or exist to maintain the power structures currently in place.

“I would like to see anything that’s an improvement over our current system, but… the University has been dragging their feet and is so reluctant to include graduate students in this process,” Peko-Spicer said. “I would far prefer to see graduate students unionize.”

— After years of calls for conflict resolution reform, University to create ombuds office next academic year