Woman shot, critically injured after being taken hostage in IHOP 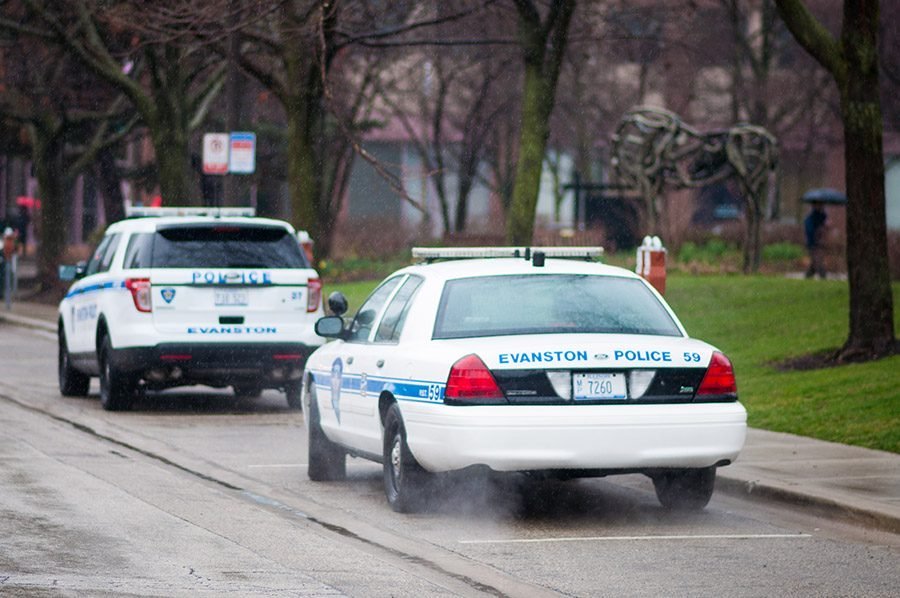 EPD vehicles. EPD and EFD responded to a triple shooting Friday that left two men dead and one with non-life threatening injuries.

A woman was shot and critically injured after being taken hostage in IHOP, 100 Asbury Ave, Saturday evening.

Evanston and Chicago Police responded to a 5:38 p.m. call of shots fired at CVS Pharmacy, 101 Asbury Ave, Evanston police chief Demitrous Cook said. EPD sergeant Kenneth Carter said preliminary investigations indicate the man was attempting to rob the CVS. Cook said the man fled across the street into the IHOP, where he took the woman hostage and shot her in the “neck area.”

The man took a second hostage, where EPD officers encountered and engaged him, Carter said. The second hostage was not injured. The man ran out of the IHOP eastbound on Howard St. He engaged in a shootout with officers and was shot and killed in the Dollar General parking lot.
The woman, who is in critical condition, was taken to AMITA Saint Francis Hospital. No officers were injured.

“We believe this individual was involved in some other incidents in Chicago,” Cook said. Carter said EPD is investigating whether this shooting was related to a shooting that occurred in the Hyde Park area earlier Saturday.

Cook said the man may be an Evanston resident, but EPD has not verified this information yet. The North Regional Major Crimes Task Force and the Illinois State Police integrity unit are investigating the shooting, Carter said.

Police said the scene is now secure. EPD tweeted a photograph of the suspect’s firearm on the scene.