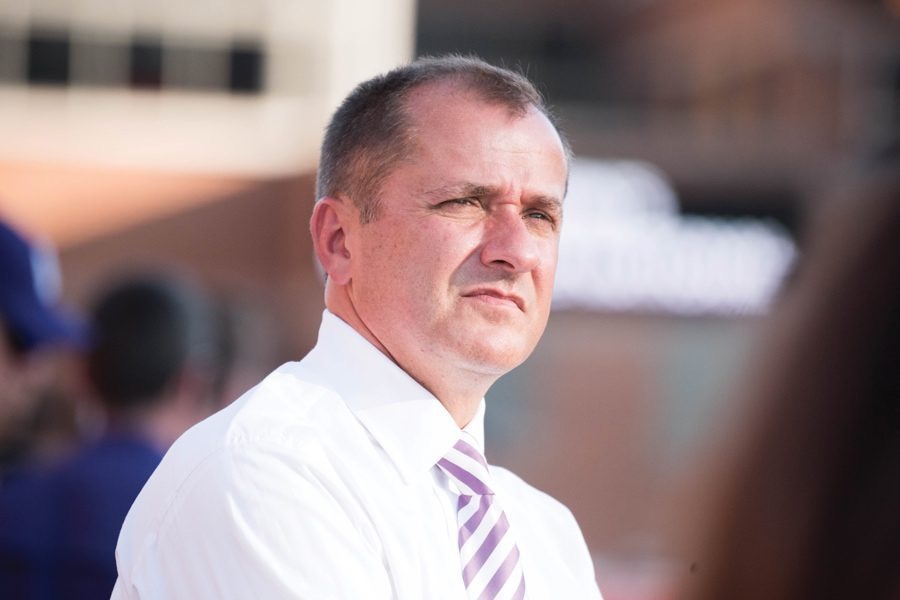 Jim Phillips watches a Northwestern football game from the sidelines. The athletic director was named the new commissioner of the Atlantic Coast Conference last week.

A week after Jim Phillips was named the new commissioner of the Atlantic Coast Conference, Northwestern announced the formation of a search committee to find a new athletic director.

Janna Blais, deputy director of athletics for administration and policy, will serve as interim vice president for athletics and recreation upon Phillips’ departure in February. Blais currently leads five NU athletics departments and serves as department liaison at Big Ten and NCAA meetings.

“I’m thrilled that Janna Blais, who has been a key leader here for more than a decade, has agreed to serve in the vice president and athletic director role on an interim basis,” University President Morton Schapiro said. “I have full confidence in Janna’s ability to guide the department while we move forward in searching for Jim’s successor.”

Craig Johnson, senior vice president for business and finance, chairs the search committee, which also includes members of the Board of Trustees, current and former student-athletes, faculty and staff.

“The committee’s mission is to advise President Schapiro about the search and present to him the best finalists for our next vice president for athletics and recreation,” Johnson said. “We will seek diverse and experienced candidates who will build on Jim Phillips’ legacy of student-athlete success both on and off the field.”

— The Big Ten is hiring its next commissioner. If he wants the job, NU’s Jim Phillips could reshape the next decade of college athletics.