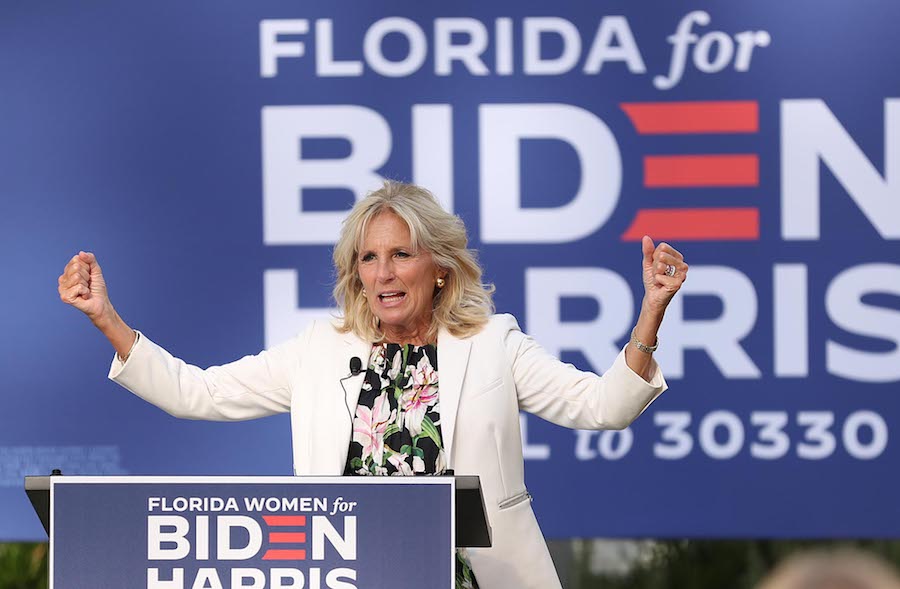 Dr. Jill Biden speaks at a Women for Biden event. The future First Lady was the subject of a former Northwestern lecturer’s “misogynistic” op-ed Saturday.

In the op-ed, Epstein called the future FLOTUS “Madame First Lady—Mrs. Biden—Jill—kiddo.” His arguments, like implying that her honorific title feels “fraudulent” and “comic,” have received backlash for being patronizing and sexist.

Epstein pointed to recent honorary-degree recipients and commencement speakers at NU — including Stephen Colbert and Seth Meyers — saying he complained to University President Morton Schapiro about their “low quality” as academic honorands. He went on to describe a degree from NU as a “credential” rather than a university education, arguing that political correctness has diminished the value of honorary doctorates.

NU, while supporting academic freedom and freedom of expression, wrote in a Saturday statement it does not agree with Epstein’s opinions laid out in the op-ed. The University emphasized that a doctoral designation is “well-deserved” by any individual who has earned a Ph.D., M.D. or — in Biden’s case — an Ed.D.

“Northwestern is firmly committed to equity, diversity and inclusion, and strongly disagrees with Mr. Epstein’s misogynistic views,” the University wrote.

NU’s English Department said the op-ed cast an “unmerited aspersion” on Biden’s doctoral credentials and expertise. Rejecting the opinion, the department wrote it also condemns the diminishing of any individual’s well-earned degrees “in any field, from any university.”

Epstein was never a tenured professor at NU, the University wrote, and has not been a lecturer since 2002. He currently holds emeritus status with the English Department.