Students ask for transparency from trustees, representation on CIO search 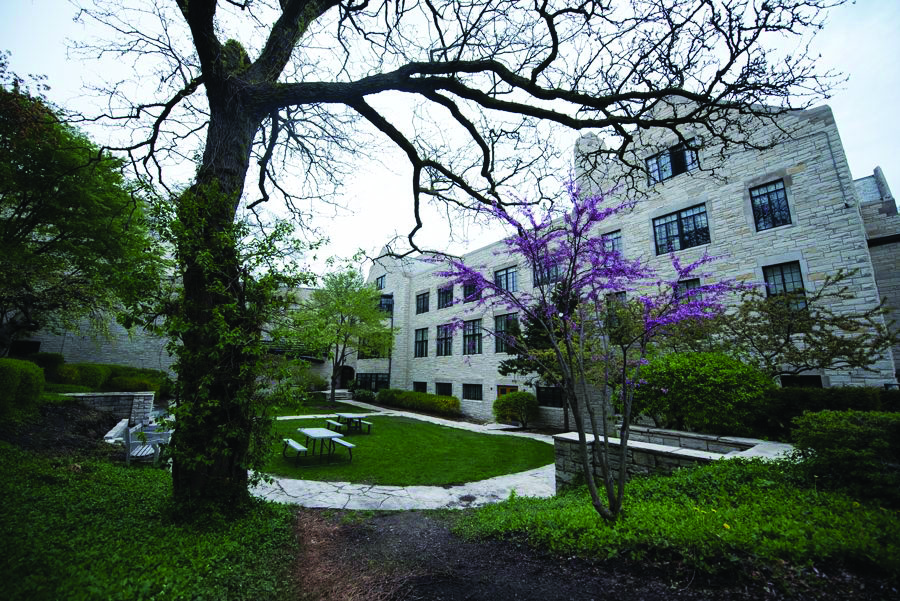 Scott Hall, 601 University Place. Students asked for better pathways of communication with the Board of Trustees on divestment issues at Thursday’s Advisory Committee on Investment Responsibility meeting.

Students asked for transparency from Northwestern’s Board of Trustees at the Advisory Committee on Investment Responsibility meeting Thursday.

ACIR and attendees discussed the University’s search for a new vice president and chief investment officer, a job that manages the University’s endowment, which is currently valued at about $10 billion. Associated Student Government passed a resolution in October calling for students to be added to the CIO search committee, currently composed of trustees, faculty and University administrators.

Students attending the meeting called attention to the June 3 petition by Black students demanding the University divest from policing entities. Though the petition has garnered over 8,000 signatures from community members, Uttal said he was not sure whether he had received the petition.

Keala Uchoa, ACIR’s interim undergraduate student representative, asked ACIR members to reflect on why some had not yet read the list of Black student demands. She said they should be independently searching for opportunities to be in conversation with Black students.

“It’s actively part of your responsibility to be engaging all students in your capacity in ACIR, but especially Black students,” Uchoa said. “Someone shouldn’t have to forward you or send you the proposal.”

The ACIR had not held a public meeting since February, when the committee announced the Board of Trustees’ rejection of Fossil Free NU’s divestment proposal. Students pointed out that the trustees had released their guidelines for responsible investment months after Fossil Free submitted their proposal — a post-hoc decision that students found disrespectful given the amount of labor it takes to create one.

Students also asked ACIR whether there was a way to streamline their proposal process, which some called laborious for students already burdened with classes, jobs and other responsibilities — particularly Black, brown and Indigenous students whose voices have not been heard.

Within the calendar year, students have protested demanding the University divest from fossil fuels, militaristic entities and police. At Thursday’s meeting, students said they feel frustrated by the lack of a direct channel with the Board of Trustees and don’t feel like the University has taken students’ sense of urgency on divestment seriously.

Uttal said ACIR was strongly in favor of establishing a town hall or forum where students could directly speak to trustees, after students asked for more useful forms of communication with the board.

“If there are ways to invest in Black and Indigenous and other underrepresented groups, that should certainly be part of our discussion of new investments,” Uttal said. “Like here are places where you could invest and could make a positive difference.”

Toward the end of the meeting, attendants were “Zoombombed” by infiltrators who displayed pornographic images. The University’s Zoombombing web page outlines instructions on how to reduce the risk of Zoombombing, such as determining whether sessions can include NU-only participants or non-NU individuals.

Thursday’s meeting was open to the public, with the Zoom ID and password posted on the ACIR’s website. Uttal apologized for the Zoombombing and said ACIR will try to prevent it in the future.