Football: Northwestern-Minnesota game canceled, will not be made up 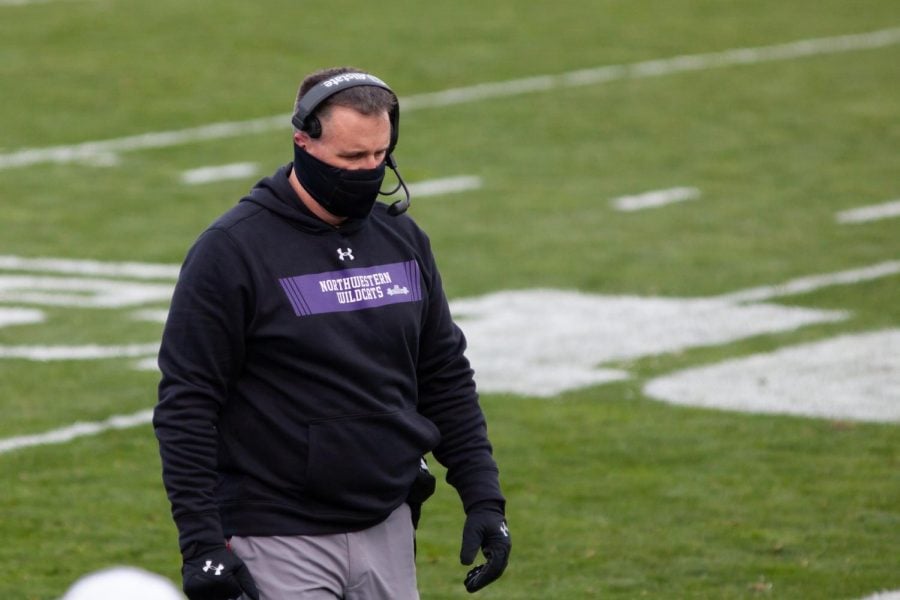 Saturday’s game between Northwestern and Minnesota has been canceled due to a COVID-19 outbreak in the Golden Gophers’ program.

Minnesota, who previously canceled its game last week against Wisconsin, has accumulated 47 positive cases — 21 student-athletes and 26 staff members — since Nov. 19.

The Big Ten West matchup will count as a no-contest and will not be rescheduled.

As long as three conference games are played over the next two weeks, the Wildcats will win their second West Division title in three seasons.

This weekend will mark the Cats’ first bye this season.

According to ESPN’s Adam Rittenberg, there is still a chance the Cats could play.

Maryland has a contest in limbo this weekend as Michigan paused team activities in light of “presumptive positive tests,” according to Sam Webb of The Michigan Insider. And Michigan State may not play against Ohio State this weekend due to an outbreak in Columbus.

If either of those games are canceled, NU could theoretically schedule a rematch with either team. The Cats beat the Terrapins 43-3 in the season opener and lost 29-20 to the Spartans last weekend.

“I want to express our thoughts and our prayers for the Minnesota football team,” Fitzgerald said. “We know that they’re going through a challenging time and I hope all their guys from a health and safety standpoint, everyone that’s impacted by the Minnesota program, recovers fully and gets back to a health and safe manner.”

As of now, NU’s next scheduled game will be on Dec. 12 at Ryan Field against Illinois in the regular-season finale.