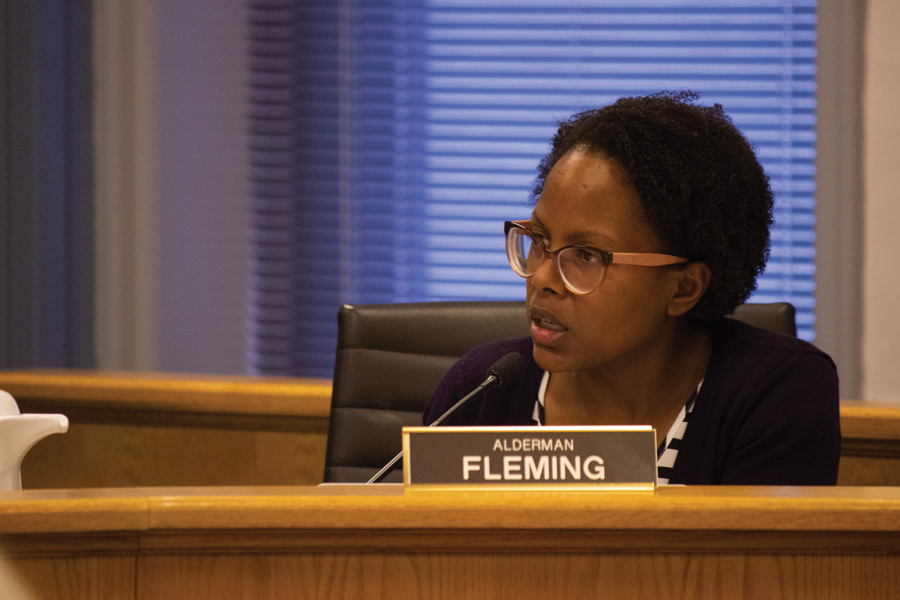 City Council passed a budget for the 2021 fiscal year that raises property taxes by 1 percent, a vote coming after residents called on aldermen to slim down a 5.9 percent tax increase proposed in October.

After a Nov. 10 city council meeting where residents expressed dismay over the tax, city officials lowered the increase to 4.5 percent, revising the budget to leave two additional vacancies in Evanston Police Department and adding a transfer of $200,000 from EPD’s budget to the Human Services fund to support an alternative emergency response pilot.

Council members continued to reduce the planned tax increase on Monday, voting to remove $500,000 from funding allocated for next year’s reserves and draw $500,000 from the city’s current reserves. Aldermen also reduced the city’s vehicle replacement fund by $400,000 and changed an additional $500,000 within the fund to be bond-funded, which means the city would repay the money with interest to investors in the future.

In total, residents can expect their taxes to increase by $4.85 per $100,000 of property value with the new reductions, city manager Erika Storlie said.

Voting against the budget, Ald. Robin Rue Simmons (5th) pushed to cut the tax increase entirely, saying the move would encourage other municipalities struggling to balance their budgets amid the pandemic to do the same.

She also said any increase would likely disproportionately affect people living in apartments and commercial buildings, where landlords could raise rates to compensate.

Ald. Judy Fiske (1st) said she was concerned that tapping into reserves to bridge the gap would lower the city’s credit rating and increase the cost of borrowing, potentially also leading to a tax increase for residents down the road.

However, Mayor Steve Hagerty said the city’s other budget cuts demonstrate its fiscal responsibility, and credit rating agencies should take the pandemic into account.

“I think if you were an outsider and you came to Evanston, you’d see that we did that,” Hagerty said. “Yes, we dipped into our cash reserve fund. Yes, we took a pause in refilling it. But we’re in the middle of a rainy day, a real disaster.”

Council members also voted against a motion to cut funding for a $578,000 total increase in police and fire pension payments.

While Ald. Cicely Fleming (9th) said the city was already contributing 1.9 percent over the state minimum for pension payments, Ald. Melissa Wynne (3rd) said she worried cutting back on pensions this year would mean a more drastic increase in pension payments in the future.

During public comment, some residents expressed disappointment that aldermen did not commit to substantively defunding the police in the 2021 budget. Sarah Bogan, an Evanston Fight for Black Lives organizer, said she hopes Council members will commit more seriously to defunding EPD in the future.

“That would be (Northwestern’s) contribution to the property taxes they don’t pay,” Fleming said. “That’s a racial equity work. We talk a lot about our African American residents being pushed out of town for housing costs, and property tax costs, and that would have been a direct offset of that cost for them.”

Hagerty said he would ask Northwestern to grant the city unrestricted access to half of the 2021 Good Neighbor fund to apply to the general fund.

However, Rue Simmons said she took issue with aldermen proposing to draw from funding specifically allocated toward racial equity initiatives she said are “overdue,” especially in light of the city’s commitments to diversity made amid the current movement for racial justice.