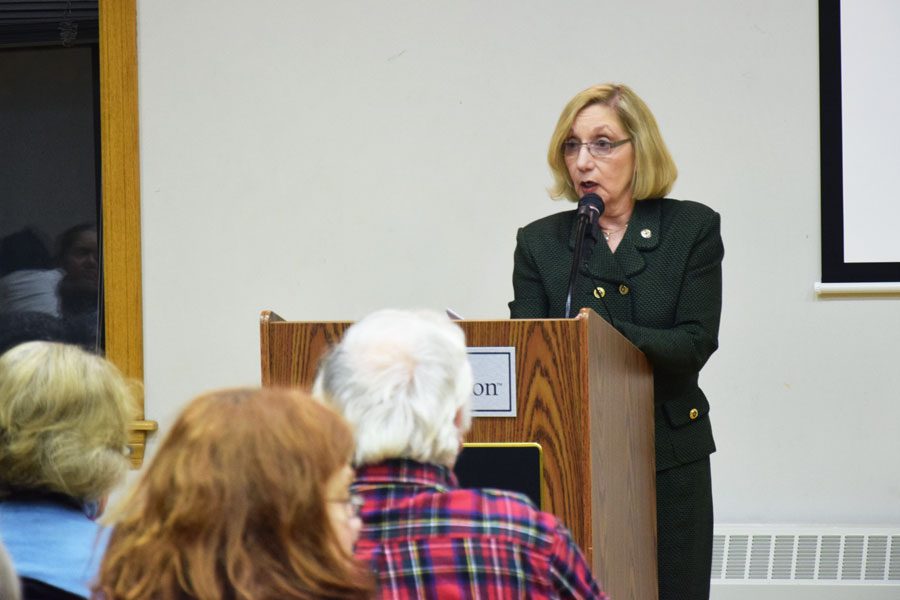 Last Monday, state Sen. Robert Peters (D-Chicago) introduced the Pretrial Fairness Act, a bill that would make Illinois the only state in the country to completely abolish cash bail.

The bill, supported by state Rep. Robyn Gabel (D-Evanston), aims to alleviate financial burdens on arrested individuals, who currently have to pay to guarantee their appearance at court hearings before release from jail. Advocates argue that money bonds perpetuate socioeconomic and racial inequities. If enacted, the bill would liberate and provide financial justice to the approximately two-thirds of the people jailed in Cook County who have not been convicted of any crimes.

The Coalition to End Money Bond, a network of organizations lobbying to end cash bail, held an Oct. 27 town hall with Peters, Gabel and Cook County Commissioner Larry Suffredin to raise awareness of the bill. During the event, Gabel said she has met people in Chicago and beyond who have lost their jobs because they were detained.

“I find this very unjust and discriminatory — to stay in jail just because you don’t have the money to pay for the bond to get out, rather than looking at if you’re a threat to society or not,” Gabel said. “I feel like we’re still living in the 18th century here.”

On Nov. 12, the Coalition also organized a day of action, where over 300 participants texted, called and emailed their local representatives, urging leaders to vote in favor of the bill.

Peters, who spoke at a virtual rally during the day, said money bonds perpetuate race, class and gender disparities.

Peters described himself as a “conduit,” introducing the bill in the Illinois Senate on behalf of activists and organizers who have been lobbying for it statewide for months now.

“The money bond system is actually a key driver in mass incarceration,” Payton said. “There’s half a million people held on any given day in jails in the United States who have not been convicted of anything.”

Spending days in jail awaiting trial can upend someone’s life just as much as if they were incarcerated after a conviction, Payton said. People who have not been convicted can lose their jobs, get evicted from their homes and lose custody of their children, all because they are stuck in jail and unable to afford bail, she said.

Elected officials have had mixed reactions to the bill, Payton said. While some see ending cash bail as an inroads to helping Black and brown communities disproportionately impacted by mass incarceration, others have argued cash bail is necessary to fund courts and pay pretrial officers, she said.

“It’s kind of akin to saying, ‘Well, how are we going to run our plantations without slaves?’” Payton said. “You don’t use an economic argument to justify a practice that is inherently unjust.”

COVID-19 concerns led to the cancelation of a November veto session, meaning a vote on the legislation was postponed. Sen. Majority Leader Kimberly A. Lightford (D-Maywood) said in a Nov. 10 press release that the Illinois General Assembly would convene in a lame-duck January session to discuss the bill.