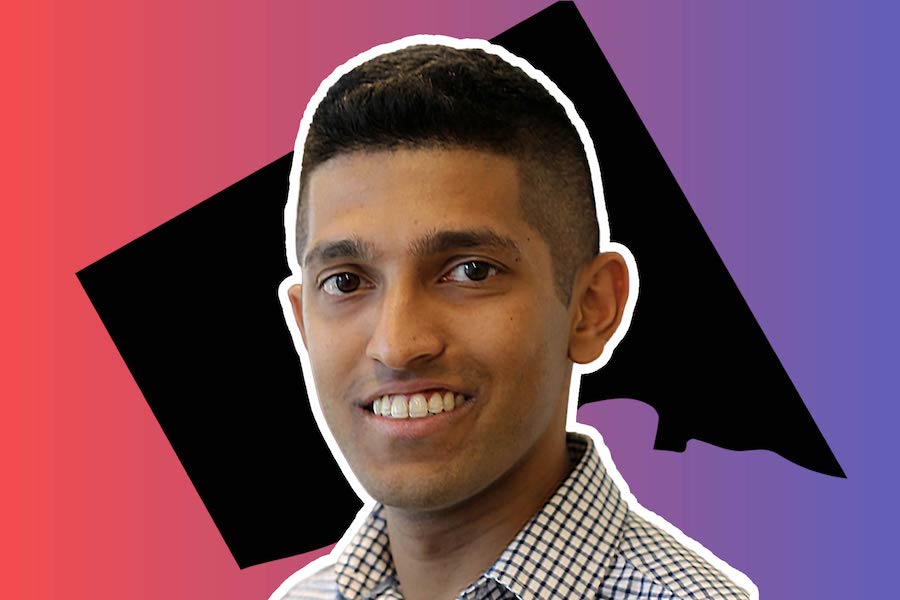 Fenit Nirappil. The Medill graduate is now a D.C. city hall reporter for The Washington Post, where he has reported on Black Lives Matter protests and local politics.

Washington Post city hall reporter Fenit Nirappil (Medill ’12) entered Northwestern with an affinity for writing and left with an interdisciplinary experience that set him up for success.

Now a D.C. city hall reporter for the Post, Nirappil has reported on Black Lives Matter protests and local politics.

While at Medill, Nirappil balanced law and journalism, competing on the mock trial team and writing for “The Protest,” an independent run student publication. During his senior year, he planned on taking the LSAT during Spring Quarter and found an internship for post-graduation.

“I was very deliberate in not doing The Daily while I was at Northwestern,” Nirappil said. “I’m a big believer that your extracurriculars should be outside of your main curriculum.”

Nirappil recalled enterprise reporting in the Ravenswood neighborhood of Chicago during his sophomore year and his ability to report on environments like lesbian bars and wild animal expositions through the projects offered. During his junior year, he participated in the South Africa Journalism Residency program and the Medill Innocence Project.

Medill Prof. Douglas Foster, a faculty advisor for the South Africa program, remembered Nirappil as a humble student who was always open to learning from his peers and the communities he reported on.

“There’s a kind of quality of soft-spoken earnestness,” Foster said. “From the beginning, he was serious about the limitations of journalism and the possibilities in journalism.”

Foster also recalled Nirappil’s tendency to support his classmates instead of competing with them. To Foster, Nirappil was a team builder. When a classmate scooped Nirappil, he would “learn something from it” and apply it to his next piece.

Former classmate Sarah Eberspacher (Medill ‘12) said Nirappil was authentically friendly and open to reaching out to classmates outside of Medill. Eberspacher has known Nirappil since they lived on the same floor of 1835 Hinman and remembers thinking of him as a sociable and confident person.

“I think he takes a lot of pleasure in surrounding himself with a variety of people and learning different perspectives,” Eberspacher said.